Pet Communication: What Your Pet has to Say?

Home » Blog » Psychic Readings » Pet Communication: What Your Pet has to Say? 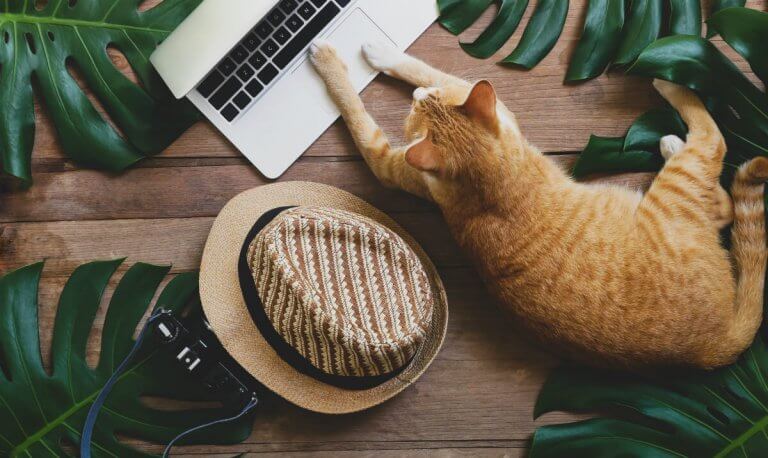 This article will discuss pet communication.

Pet Communication, What is It?

Pet communication is a psychic skill that some people have that allows them to connect with and communicate with the spirit of animals.  This skill goes beyond observing and understanding behavioral cues to believe, accepting, and knowing that animals have a form of consciousness that may not be as sophisticated as human consciousness, but a keen intelligence, nonetheless.

Pet communicators can tap into the soul energy of animals and translate that energy into messages for people, especially pet owners.  If we think of degrees of intelligence the way measure IQ in humans, then animals that can and do safely interact with humans represent the highest level of development and adaptation, both in the science of evolution and the spiritual practice of animal guides and totems.

Wild animals represent archetypes of energy that every culture writes about in a spiritual way. We all intuitively understand the power of a spirit animal, which is why mascots for our sports teams are often certain animals for the reason of the power they represent that we want to imbue or reflect through our teams.

Domestic animals, especially pets, represent a soul contract between the animal and the human, one that is often deeply spiritual, emotional, and supportive.  In many ways, our pets know us better than anyone in our lives because they are better attuned to energy through instinct without the sophisticated consciousness the human body and brain allow for spirit, and which can be an unending source of overthinking and confusion.

With as much as I have been through in my own journey, returning one day as a pet cat or dog would be something of a nice vacation in the long journey of spiritual learning.  I know the cats who have been in my life have had it pretty easy and pretty good on a day in and day out basis.  And they have brought me tremendous friendship and support, both in my brightest and darkest hours.

Why Seek Out a Pet Communicator?

If you want to have an honest conversation, it will likely get no more honest than with your pet.  If want to know what your pet thinks or even seek advice from your pet, then interaction with a pet communicator can be a wonderful and helpful experience.  Think of them as you would a UN translator; they know the human language and animal language and can do the translation work.

And certainly, one of the most powerful ways to get insight into yourself is through the understanding your pet has of you.  I have had a number of significant cat and dog companions (mostly cats), who were important parts of my life journey.  And at different times, I sought the help of a pet communicator to get information and insight from my pets, about them and myself.

At one time in my life, I had a greyhound, a rescue, who was a beautiful tawny color and sweet companion to my then-wife and I.  After a few months with us we noticed him going into decline; we were very diligent with his care and feeding, but he was struggling.  I knew a woman who was a pet communicator and asked for her services since the vet was looking for medical issues that were not showing up.

She came in and it was an amazing process to watch.  Logan, the greyhound, immediately walked up to her, with a pep in his step.  He was always friendly, but more in the shy, introverted way that would show he would allow someone to approach and pet him if they wanted to.  But when she came in, it was as if he could instantly communicate with her.

She was very clear and direct with me and my wife.  She said, “Logan loves you and appreciates that you have rescued him, but he lonely and depressed because he wants more of your time and wants to be around others of his kind”.  At the time my wife and I both worked full-time and we had no children.  Logan was at home in his crate for stretches of time between morning and lunch, when one of us could come home and spend our lunch with him, and then lunch and dinner.

As much as we wanted to keep Logan, we knew it would cruel since there was nothing, we could do to make more time for him.  Luckily, there happened to be another rescue greyhound owner in our neighborhood, who had two rescues.  We went to speak with him before looking at other alternatives and he was more than willing to adopt Logan from us.

We would still see Logan and get to interact with him when his new “owner” took all three dogs for a walk, and within a week Logan was healthier and happier than he had been in a long time.  The pet communicator proved invaluable because she gave us Logan’s thoughts and requests.  Her intervention prevented things from going from bad to worse.

No matter what service you seek, a mechanic or pet communicator, it is always a wise policy to look at their business practice, testimonials, and credentials (both ones from some study or an institution and their life resume).  Talent can appear very early on, but using talent wisely requires other life skills and maturity.  If you have the ability and want to develop it, look for accomplished practitioners who are also willing to teach.

High-quality people exist in all professions and they all share similar traits in the way they present themselves to the public and develop their success.