The Numerology of Prince Harry 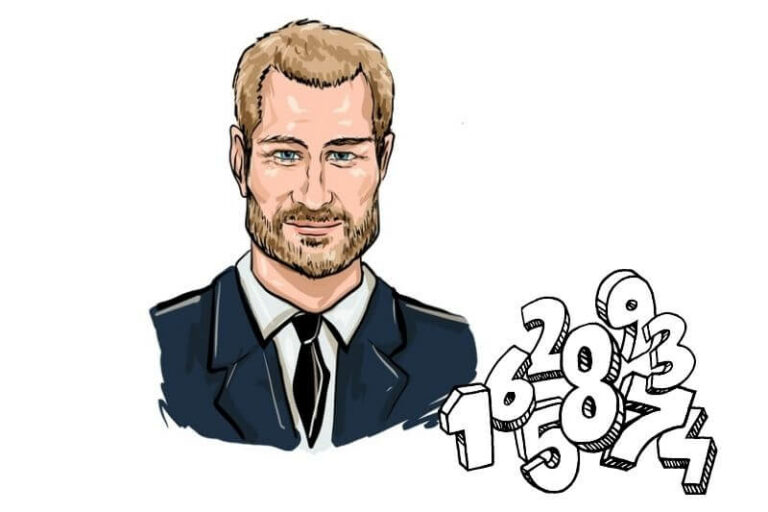 Henry Charles Albert David (born September 15th, 1984) is the current Duke of Sussex in England. He is the younger son of Prince Charles and the late Princess Diana and is currently sixth in the line of succession for the British throne. He is married to the American actress Meghan Markle.

An individual that has life path number one is a natural-born maverick. Therefore, they have the passion and energy to become a pioneer of a better world. Their personality manifests with ease as they will have a strong desire to be authentic.

As determined people, they embrace what is new and create what is new in life. So, they quickly become successful, and easily fail. Since they drive hard in life, they overcome challenges thrown in their way through resilience, and will get back up quickly when life knocks them down.

Harry has certainly proven to be his own individual, breaking with the royal family and choosing his own unique path in life.

Known for his charitable work and efforts to promote equality, justice, and education, he certainly embodies this Destiny number. Additionally, others seek him out to take on this role, hoping his fame and good heart will help elevate positive causes in the minds of others.

Since he is so well known as Harry, it is worth seeing what his alternative active number happens to be. Harry also totals 7! And just to extend this category a bit more, let’s see what the number is for Prince Harry. It is 9, the number for the sage.

An individual that has an Active Number 9 is often wise beyond their years, even their later years. Therefore, they tend to be patient, consider actions carefully, and see the “big picture”. A child with a 9 first name is an excellent observer and comfortable letting others lead and act until invited to participate. First name 9 people act with compassion and soak up the wisdom.

Essentially, you inherit numbers from your parents. Most often, the father’s surname is the one that dominates and is known out in the world. The mother’s surname often becomes her middle name after marriage, when she assumes the surname of her husband. David totals 22, which is a master number, which reduces to 4, the Builder.

An individual that has a Heredity Number 22 inherits a legacy from one or both parents. The person must determine how to understand number 22 energy through the influence of the parent. That influence may manifest as support or suppression. In other words, the child gets encouragement to network with family and friends to build something powerful or told to distrust everyone. Either way, the child learns the lesson of the community from the parent or in spite of the parent with the last name that is the number.

Because his mother was and remains one of the most famous people in the world. It is worth looking at her maiden last name to see what energy Harry inherited through her lineage. Her last name, Spencer, totals an 8, the number for the Leader.

An individual that has a Heredity Number 8 inherits leadership from one or both parents. The person must determine how to understand number 8 energy through the influence of the parent. That influence may manifest as support or suppression. In other words, the child gets encouragement to develop as a leader or suffers at the hands of an insecure parent. Either way the child learns the lesson of power from the parent, or despite the parent, with last name that is the number.

The Soul Urge Number is the total of the vowels in a name, specifically the full birth name. The Soul Urge is like an energy charge within the numerology of a person. The number of the Soul Urge “powers” the Destiny Number. In Harry’s case, his number is 27, which reduces to 9, the same as his hereditary number from his father.

An individual that has a Soul Urge Number 9 draws energy from a love of life. Therefore, they operate with a need to unlock wisdom to generate energy. These individuals are often patient, observant, and introverted. Accepting that you need to open and generous to get what you want and to get things done will help you be more successful in your relationships and endeavors.

The Personality Number is the total of consonants in the name, specifically the full birth name. The Personality Number is how people encounter someone and interpret them. It is like the clothing you choose when you plan to go out in public, which causes people to react to you a certain way. For Harry, his number is 81, which reduces to 9, the same as his hereditary number from his father and his Soul Urge Number.

An individual that has a Personality Number 9 presents as wise to others. Therefore, others see them as either altruistic or a “pushover”. People who value wise counselors will expect a Personality 9 to fulfill that role in life. Do not be surprised if people treat you as someone who wants to listen to their worries and problems, even if you want someone to listen to you.

In Prince Harry’s case his Soul Purpose Number is the total of his Life Path Number 1 plus his Destiny Number 9, which totals 10, which reduces to 1. With a 1 + 9 combination, he is here to “share as a leader”.

Harry is perfectly suited for his high-powered and very public role. He will certainly want to express himself as a philanthropist and individualist, so it is unsurprising that he would break with the royal family and strike out on his own.