The Numerology of Jay-Z 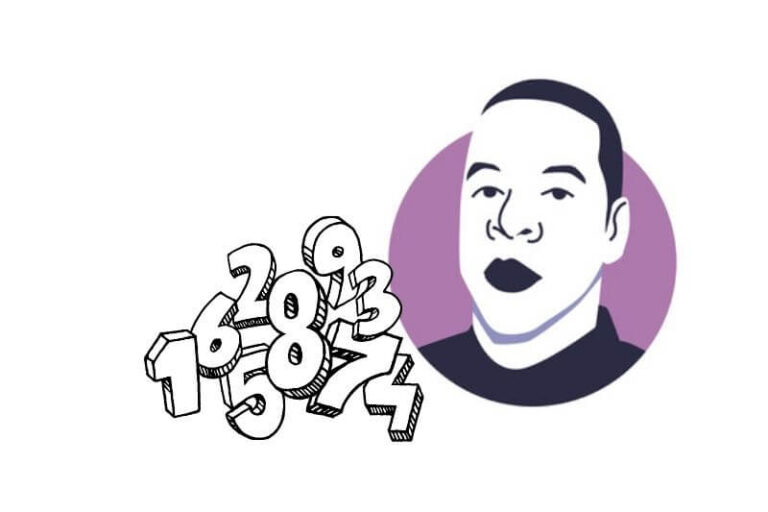 Shawn Corey Carter (born December 4, 1969), known professionally as Jay-Z, is an American rapper, songwriter, record executive, businessman, and media mogul. He is considered one of the most influential hip-hop artists in history and is the former CEO of Def Jam Recordings, which helped launch numerous industry artists, including Kanye West, Rihanna, and J. Cole.

An individual that has life path number five is adventurous and an agent of change. Therefore, they have passion and energy to visit the world, interact with new people, and spread ideas. Their personality develops through their efforts to learn about the world by exploring.

The number 5 is the number for exploration, disruption, and transformation. It is a good number for a man who is famous world-wide for his talent as a rapper, songwriter, and music producer. While he is generally well-known for his own musical success, he is far more the number 5 disruptor and transformer through his business dealings.

An individual that has a Destiny number seven attracts spiritual and esoteric people. Therefore, they know how to encourage truth-seekers, dreamers, and philosophers. They can see the potential in those others who want to learn about the world by studying large patterns and to find purpose in life.

However, he is famously known as Jay-Z, and that Destiny Number totals 17, which reduces to 8.

The number 7, for the mystic, and the number 8, for leadership and power are excellent numbers for Jay-Z, who has an almost magical ability to help other artists come into their power. This combination could easily be described as the “Midas Touch”.

The “true” active number is the given birth name. Even if you legally change your first name, the core Active Number is the birth name given to you by your parents. A legally changed name is more powerful than a nickname. And any name used to identify a person in the world is a variation of an Active Number. In Shawn’s case his active number is 21, which reduces to 3, the number for the Creator.

An individual that has an Active Number 3 is creative and dynamic. Therefore, they enjoy learning, problem-solving, expressing ideas, and working creatively. A child with a 3 first name prefers the chance to do creative activities and be active as much as possible throughout the day. When focused, they accomplish amazing feats, but if uninterested, no threat or reward moves them.

The number for “Jay” is 9. An individual that has an Active Number 9 is often wise beyond their years, even their later years. Therefore, they tend to be patient, consider actions carefully, and see the “big picture”. A child with a 9 first name is an excellent observer and comfortable letting others lead and act until invited to participate. First name 9 people act with compassion and soak up wisdom.

Essentially, you inherit numbers from your parents. Most often, the father’s surname is the one that dominates and is known out in the world. The mother’s surname often becomes the middle name for a woman after marriage, when she assumes the surname of her husband. In Shawn’s case, his last name Carter totals 11, a master number, which reduces to 2, the Partner.

An individual that has a Heredity Number 11 inherits special insight or talent from one or both parents. The person must determine how to understand number 11 energy through the influence of the parent. That influence may manifest as support or suppression. In other words, the child gets encouragement to stand out positively or must overcome narcissism from the parent. Either way the child learns the lesson of individuation from the parent or despite the parent with last name that is the number 11.

The number for “Z” is 8. An individual that has a Heredity Number 8 inherits leadership from one or both parents. The person must determine how to understand number 8 energy through the influence of the parent. That influence may manifest as support or suppression. In other words, the child gets encouragement to develop as a leader or suffers at the hands of an insecure parent. Either way the child learns the lesson of power from the parent or despite the parent with last name that is the number.

The Soul Urge Number is the total of the vowels in a name, specifically the full birth name. The Soul Urge is like an energy charge within the numerology of a person. The number of the Soul Urge “powers” the Destiny Number. In Shawn’s case, his number is 18, which reduces to 9.

An individual that has a Soul Urge Number 9 draws energy from a love of life. Therefore, they operate with a need to unlock wisdom to generate energy. These individuals are often patient, observant, and introverted. Accepting that you need to open and generous to get what you want and to get things done will help you be more successful in your relationships and endeavors.

The number for “Jay-Z” is 1. An individual that has a Soul Urge Number 1 draws energy from the self. Therefore, they operate with inner strength and inner direction that is intense. These individuals are often self-confident, self-aware, and self-motivated. Accepting that you need to initiate to get what you want and to get things done will help you be more successful in your relationships and endeavors.

The number for “Jay-Z” is 16, which reduces to 7, the same as his Personality Number with his full birth name.

In Shawn’s case his Soul Purpose Number is the total of his Life Path Number 5 plus his Destiny Number 7, which totals 12, which reduces to 3. With a 5 + 7 combination, he is here to “create spiritually as a disruptor”.

In Jay-Z’s case his Soul Purpose Number is the total of his Life Path Number 5 plus his Destiny Number 8, which totals 13, which reduces to 4. With a 5 + 8 combination, he is here to “build as the leader of revolution”.

As you can see there is a strong thread of energy involving the numbers 7 (three times) and 8 and 9 (two times), which can be summarized as a mystic, who is powerful and compassionate.