The Numerology of Gregor Mendel 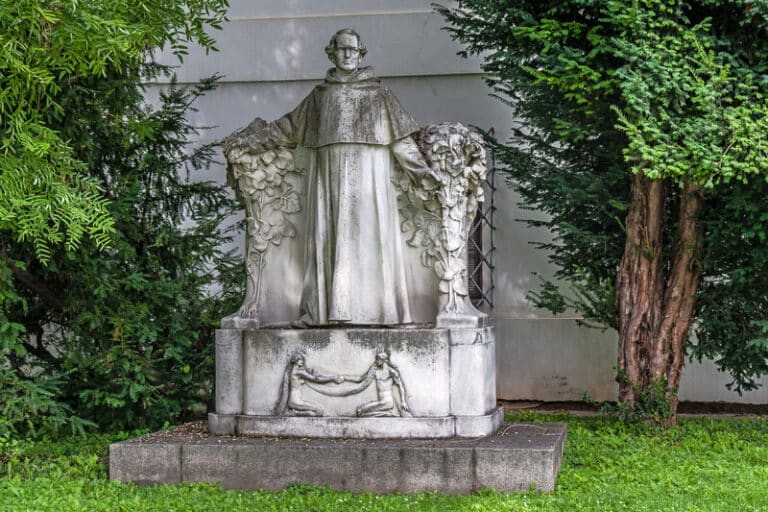 Gregor Johann Mendel (born July 20, 1822) was a meteorologist, mathematician, biologist, Augustinian friar and abbot of St. Thomas’ Abbey in Brno, Margraviate of Moravia. Mendel gained posthumous recognition as the founder of the modern genetics. Mendel’s pea plant experiments conducted between 1856 and 1863 established many of the rules of heredity, now known as the laws of Mendelian inheritance.

Mendel would certainly qualify as someone who lived a life path with a master number, especially considering how his work impacted science and society, and is still relevant long after his passing.

An individual that has a Destiny number five attracts adventurous people and supports change agents. Therefore, they often find themselves in roles that support lives of adventure and activity. They enjoy exploration and will draw other explorers to themselves.

As a result, they help others master knowledge and enjoy wide-ranging experiences. Destiny wants them to be on the go and help others visit and learn about the wider world.

The “true” active number is the given birth name. Even if you legally change your first name, the core Active Number is the birth name given to you by your parents. A legally changed name is more powerful than a nickname. And any name used to identify a person in the world is a variation of an Active Number. In Gregor’s case his active number is 43, which reduces to 7, the number for the Mystic.

Essentially, you inherit numbers from your parents. Most often, the father’s surname is the one that dominates and is known out in the world. The mother’s surname often becomes the middle name for a woman after marriage, when she assumes the surname of her husband. In Gregor’s case, his last name Mendel totals 26, which totals 8, the Leader.

An individual that has a Heredity Number 8 inherits leadership from one or both parents. The person must determine how to understand number 8 energy through the influence of the parent. That influence may manifest as support or suppression. In other words, the child gets encouragement to develop as a leader or suffers at the hands of an insecure parent. Either way the child learns the lesson of power from the parent or despite the parent with last name that is the number.

The Soul Urge Number is the total of the vowels in a name, specifically the full birth name. The Soul Urge is like an energy charge within the numerology of a person. The number of the Soul Urge “powers” the Destiny Number. In Mendel’s case, his number is 28, which totals 10, which reduces to 1.

The Personality Number is the total of consonants in the name, specifically the full birth name. The Personality Number is how people encounter someone and interpret them. It is like the clothing you choose when you plan to go out in public, which causes people to react to you a certain way. For Mendel, his number is 67, which totals 13, which reduces to 4.

An individual that has a Personality Number 4 presents as stable and reliable to others. Therefore, others see them as either dependable or stubborn. People who like hard workers will expect a Personality 4 to fulfill that role in life. Do not be surprised if people treat you as someone who “has it together”, even if you cannot balance your bank account.

In Mendel’s case his Soul Purpose Number is the total of his Life Path Number 4 plus his Destiny Number 5, which totals 9. With a 4 + 5 combination, he is here to “share by disrupting the old for the new”.

As you can see, he has two 4s and then no other repeating numbers. Considering his impact on science, he most definitely achieved his Life Path Number and his Destiny Number. His work changed the world (5). He would be considered something of a magician (7), with his many talents and high intellect. He certainly disrupted the old in favor of the new.