What Do Millennials Have to Do with New Age Astrology?

Home » Blog » Astrology » What Do Millennials Have to Do with New Age Astrology? 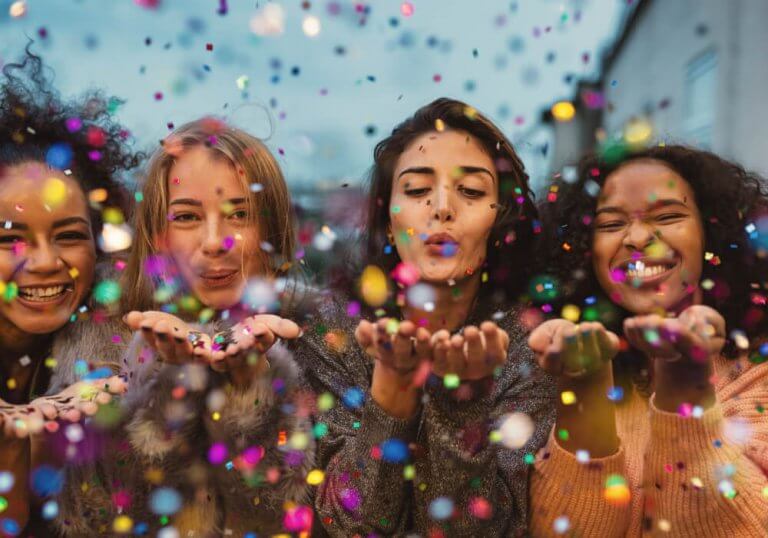 At least once in your life, you might have seriously considered the possibility that some things can’t be too much of a coincidence and stronger forces might be at work.

In the data-driven era of fast-paced life and evolving trends and times, new age astrology and horoscopes are an increasingly meaningful phenomenon. More and more people look to it for answers, meaning of life, or fun, for some it’s more realistic than their religion, while for others it is spirituality.

For the rest, it may be for the sake of novelty. But what is it about new age astrology that attracts millennials in increasingly large numbers?

Astrology has never been this in

From the time of our birth (‘the reason you’re so driven by your nature is because the moon was in Aries when you were born’), to almost every event that happens in our lives – like trusting your luck, relationships, friendships, families and important occasions on the stars, blaming bad luck on the mercury retrograde – some of us live and breathe horoscopes, while some find it not relevant.

Regardless, an increasingly large number of people is now flocking towards this phenomenon, for a number of reasons.

According To the Experts

Experts believe that millennials are now living in a world that’s evolving way too fast and turbulently than ever before. Times are rough and even rougher for these last few generations who struggle to find meaning and purpose in a chaotic world. The fascination new age astrology holds for them may be because they are looking for something to hold on to in order to make sense of these times, for what happens to them, and their struggles with modern day problems that (for many)n religion no longer seems to answer for them.

The cosmos has all the answers

During recurrent traumas and painful experiences, as well as an increasing bout of depression, it may simply be easier to rely on new age astrology for answers as an anxiety reliever during stressful times. A failed relationship? Maybe it was because your zodiacs didn’t say you were a match. Someone else is out there for you. Didn’t get that job? That’s okay. Your horoscope suggested that you weren’t compatible with it anyway.

Just a long streak of bad luck? It was probably the mercury retrograde. Looking to new age modern day, digital versions of astrology and horoscope predictions give a lost, confused individual an explanation for an uncertain world. Through the celestial workings up above, we find relief and hope that better things are coming. Who are you, why are you here, now, and why did you go through that particularly bad phase?

According to astrology, you were born for greatness, and so you believe it and will wait for it. The cosmos have decided your one great purpose, and the poetry and novelty of that enable you to push through your difficulties. Is it healthy, or is it merely a toxic escape? That depends on how you see it.

A belief system or science?

Being the hot topic that new age astrology is these days, millennials are starting to use it as a coping mechanism and escape from the harsh realities of a cruel world we may not be well equipped to handle. The modern world of digital evolution brings problems the previous generations did not have to face.

The internet is flocking with new age astrology related searches. While almost everyone now finds astrology appealing, many pages merely make up generalized stuff that young people would instantly buy these days. The actual, fact-based, centuries-old studies are way beyond a basic internet meme talking about ‘what kind of bread a Taurus prefers’.

Whether real or made-up, astrology is considered a science, relating to philosophies and theories correlating positions of the stars, the sun, the moon, the connection and movement of the planets, with your personality, character, thinking, life events, and basically everything that happens to you, astrology offers generalized solutions to everyday problems and stresses for an anxiety-ridden generation.

Moreover, many horoscopes suggest how we should act during certain points of our life. For many, religion has not provided the answers they were looking for. Especially today, when religion is more confusing, evolved, and puzzling than ever, millennials are drifting further and further away from it into the throes of a dark, lonely world. In that world, turning to astrology gives them the guidance they need.

Even for atheists, science and fact-based celestial phenomenon are easy enough to believe. Through new age astrology, they feel connected and comforted that someone might still take care of them.

In trying to discover about the hows and whys of the world and trying to figure out who they are, what their purpose is, and why certain things seem to happen a certain way, individuals are trying to seek the ‘hidden truth’ about themselves and their place in the world through the mystical, fascinating ways that the universe operates in. Their footing is a little lost, and astrology seems to give them something to grab.

Why a certain misfortune occurred and when it is expected to get better, why a bad thing happened to a good person, new age astrology helps millennials cope with grief, loss, and hurt as a spiritual element.

Even if you’re one of those who has never been into horoscopes, you find, you have to believe that it’s a great time pass! Checking zodiac compatibilities, comparing personalities you know with their supposed zodiac signs, and reading up on interesting future predictions is at least very entertaining, and if not that, it can be a good thing to laugh at.

How strongly do you rely on the workings of the planets, moon, and stars, to try and make sense of what happens to us on earth?

Millennials find comfort in believing that the mystical, unfathomable depths of the universe might have something to do with what goes on with us down here. It would be easier for an anxiety-ridden, depressed generation to believe that we are not all alone in the universe, living life on a merely coincidental basis, that the universe decides how our day will go. That everybody we meet is not just by chance but written somewhere up above. At a time when religion is increasingly conflicted, confusing topic, there may be peace in knowing that greater forces might still be guiding us.

Do you think it’s just poetry, or do friendships and relationships occur randomly? It all depends on what you believe, how strongly you believe it, and whether or not you have scientific facts to back your argument. On another note, it might also depend on whether you’re a Pisces or a Scorpio!