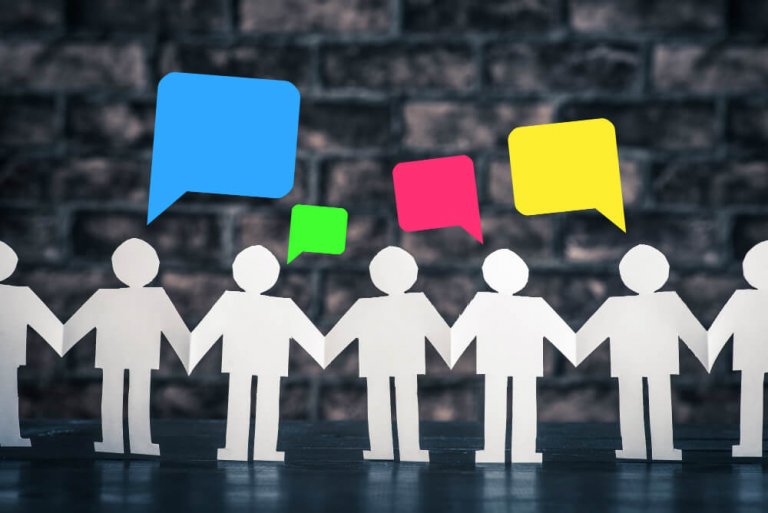 The impact of our zodiac signs on our personality is widely known: the sensitive nature of Pisces, the fiery boldness of Leo, and the independent Aquarius are just some examples of this. Our personality directly influences how we interact with others, including how talkative we are. But what are the most talkative zodiac signs?

When exploring the most talkative zodiac signs, there are several personality traits to consider. For example, if a zodiac sign is known for shyness then it’s unlikely that they will also be talkative (although, as we’ll see within this article, there are exceptions). Those signs that are outgoing, bold, have high confidence, and are strong-minded, typically have a lot to say. So, let’s dive right in!

We’ll start off by looking at the Aquarius zodiac sign. Aquarius might not strike you as the most talkative zodiac, given that they tend to squash down nearly all emotional expression, but their quest for progress and originality certainly gives them a lot to talk about. Aquarius is a zodiac sign that loves to talk about their own ideas, revelations, and accomplishments. Those under Aquarius can be uncompromising in their ideas and while they don’t mean to be selfish, they just find their discussion points more interesting than yours.

If you’re looking for a topic of conversation, then with Aquarius it’s always best to lean towards those within the realm of aiding humanity. Either that or something intellectual. An Aquarius will almost always enjoy discussing bizarre theories or original ideas. Just keep in mind that once you open the door to this type of conversation with an Aquarius, you won’t be able to close it again. If you come prepared with knowledge, you’ll find a deeper connection forming.

As we move onto another of the most talkative zodiac signs, we come to Pisces. Unlike Aquarius, who can become a bit of a conversation hog, Pisces is respectable within a conversation. However, that’s not to say that they can’t talk all day when given the opportunity. Their approach to any conversation is to speak when spoken to…but to carry on speaking until they have said everything they can on that topic. As soon as someone else wishes to speak, a Pisces will make space for them within the conversation.

Pisces is gentle, but also wise, musical, and artistic. This means that a wide range of conversation topics can spark their interest. They typically avoid gossiping because they don’t like to spread rumors or put other people down. Similarly, they don’t find pleasure in discussing reality TV or celebrity news. Instead, they enjoy sharing ideas and discussing creativity. This could range from music and art to science and religion.

It might not surprise you that Leo is one of the most talkative zodiac signs. Their desire to be the center of attention and their typically bold and outgoing nature make them perfect candidates. Leos can be arrogant and self-centered at times, particularly when they have something to say that they find interesting. Leos love discussing their own accomplishments or why they’re great, but that’s not to say that they can’t get fully involved in other topics.

Leos are creative, cheerful, and humorous, so they will quite happily talk about comedy or shared positive memories or even new ideas. Of course, the problem with talking to a Leo is that once they start, they won’t stop. If you don’t enjoy listening to others speak, then starting a deep conversation with a Leo might not be such a good idea. That’s largely why certain signs aren’t compatible with others, as is the case with Leo.

Aries might not be the most talkative zodiac sign, generally speaking, but their traits certainly allow for a lot of conversation to take place. Aries is confident, determined, enthusiastic and passionate. Combine that with being impatient, impulsive, and short-tempered, and you have a recipe for heated conversation. When Aries is given the opportunity to talk about a subject that they’re passionate about, they can get lost in it for hours. As it happens, Aries is typically passionate about a lot of different things.

As we near the end of our list of talkative zodiac signs, we come to Sagittarius. Sagittarius may not strike you as the talkative type, but as we’ll soon see, they can be. A Sagittarius won’t force their way into a conversation, and they don’t feel the need to control or hold a conversation beyond what comes naturally. This is largely due to their generous nature. Combine this with their great sense of humor and you have all the makings of a great conversation.

A Sagittarius can enjoy a range of topics, but if you’re looking for certain conversational subjects, then good places to start are travel and philosophy. The important thing to keep in mind when trying to launch a discussion with a Sagittarius is to keep it natural. Don’t try to force the conversation or it’ll shut down completely.

When it comes to Gemini, there is nothing they love more than exchanging ideas. They are curious beings and incredibly adaptable which means that they can discuss just anything, particularly if it’s new to them. Originality is a great area to discuss with a Gemini and they love talking to anyone and everyone.

Like some of the other signs that we’ve discussed, a Gemini won’t force their way into a conversation. They prefer to allow a conversation to flow naturally, switching between one person and another without needing to be pushed.