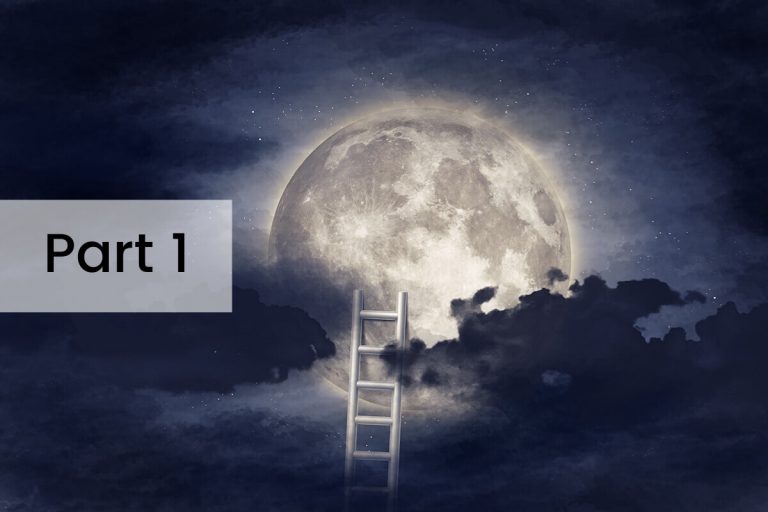 What Does the Moon in Your Natal Chart Really Mean?

You know that the Moon in your natal chart is an important component of your personal horoscope. The Moon rules your emotions, intuition, and femininity. In fact, the Moon is associated with the mother and represents your basic need to survive. Where the Moon is placed by sign, house, and how it relates to other planets gives you a lot of insight into your relationship to our basic needs such as emotional security, food, shelter, and material needs. Both men and women are affected the same way by their Moon sign as far as indicating their relationship to their basic needs for survival.

How The Moon In Your Chart Represents Your Past

The Moon definitely is associated with the past. When it comes to your past in your current life, your ancestry is found through the Moon. Not just by heritage but by personality, likes, dislikes of your ancestors. It is interesting how the Moon actually rules your biological family history. Another interesting thing about the Moon is that it rules your past life memories and emotions which were influenced by the most profound experiences. And these were the previous life experiences that had made an imprint on your soul.

Your personal instincts and behaviors, emotions, and responses to emotional stimuli stem from extreme past life experiences that have remained ingrained in your soul memory, which you had brought within your current incarnation. You have remained attached to those memories. In fact, the Moon represents your soul itself. The lesson that comes with each Moon sign is acknowledging the past, confronting the past, facing your shadows, and making peace with your past, and that is one other way that will help you evolve.  For some individuals, this may take several lifetimes, depending on many factors. One huge factor is, how the Sun and Moon are aspected to one another.

Moon Phases Are Linked to Karma

The reason the relationship of your Sun and Moon is important is that the Sun rules your ego and the Moon rules your soul. If you have a good relationship with your ego and soul, you will most definitely have an easier time suspending your ego, listening to your intuition and soul’s calling, facing your past demons, and fulfilling the lessons of what your Sun and Moon sign presents. In a case like this, your Sun and Moon would either trine or sextile one another, sometimes conjunct one another. The conjunction could go either way because it would depend on other factors in your chart as well. Many of those who have severe issues with self-esteem and who are unable to let go of the past have hard aspects between the Sun and Moon.

Many people who have the Sun and Moon either squaring one another, opposing one another may find that it could take several lifetimes to be at peace with their past. The same goes for the Moon making a quincunx with the Sun, or in some cases making a conjunction with the Sun could potentially result in the same. Again, it would depend on the nature of the conjunction. Therefore, if you were born during a New Moon (sometimes), the First Quarter Moon, the Last Quarter Moon, or the Full Moon, that is indicative that there will be karmic struggles.

Sure, it is absolutely possible to make peace in one incarnation even with these stressful aspects between the Sun and the Moon. However, it would take many years of hard and grueling work. That would involve enduring many years of having self-esteem issues, as well as destructive behaviors being inflicted on yourself. The reason for this once again is when the Sun and Moon positively aspect one another you have a good relationship with your ego and soul. You are able to listen to your soul’s calling and suspend your ego much easier than someone who has a poor relationship with their ego and soul. If your ego has a poor relationship with your soul, you will endure a lot more suffering from the dark subconscious memories that your Moon had brought in.

What It Means to Be Born Under A New Moon

And if you were born during the New Moon, such as the Sun and Moon in Virgo for instance, you have a lot of curiosity and are willing to try new things. However, the struggle can lie in whether or not you can trust others. And if you have a hard time trusting others, you will have issues with self-esteem too. It has been said that newer souls are more likely to be born under a New Moon than older souls. And it can be the result of just having very little life experiences in general in your previous lives. Being born under a First Quarter Moon can be more stressful, however.

If you were born during the First Quarter Moon such as having the Sun in Scorpio and the Moon in Aquarius for example, then you may be strong, and goal-driven. However, you would need a lot of help with staying motivated. You have ideas to get these done but taking action is a challenge. You may feel that you have to struggle too much to get things done in order to even partially meet your goals. And it becomes a never-ending challenge.

And this can easily cause you to become very frustrated with yourself and that can have an impact on your self-esteem. The lesson would likely be due to the fact that in your previous life you had a lot of plans that were never met because of your previous life being cut short. You have other unique challenges if you were born under a Full Moon.

What It Means When You Were Born Under A Full Moon

If you were born during a Full Moon such as your Sun in Aries and Moon in Libra, you have a lot of passion and energy, but can struggle with impulsivity. This is a powerful placement as it is. Depending on the conditions and aspects of your other planets, you can be successful, or you can live a life that is full of chaos if you have other challenging aspects. There can be many factors from previous lifetimes such as living recklessly that can play into this very karmic role.

Therefore, having the Full Moon in your natal chart presents challenges, and so does being born under the Last Quarter Moon.

One example of the Last Quarter Moon is when the Sun and Moon square one another such as the Sun in Leo and the Moon in Taurus. Or, the Sun may be in Gemini and the Moon is in Pisces. The biggest challenge that comes with this phase is that there are extra challenges with letting the past go. In fact, it may be frightening to let the past go. The baggage from the past that needs to go can easily have an impact on your self-esteem. However, the lesson for those individuals is to work on letting things go which is a lesson from the previous lives that was not learned.

However, it is possible to develop a peaceful relationship with your ego and soul if you have other aspects in your chart supporting that possibility. There is no such thing as a lost cause because we all have the ability to make peace with ourselves, no matter how poorly aspected your Moon and Sun are to one another. But the fact of the matter is, if your Sun and Moon have a hard aspect to one another, you will have a much more challenging time developing a positive relationship with your ego and soul than someone who has an easy aspect between the Sun and Moon. This all depends on what you had experienced in your previous lives, most importantly in your last life. These emotions were brought into your current life from the past experiences that you had during your death in your previous life.

In the next series, there will be more of a thorough look at the Moon in each of the signs and what they mean for you karmically. The fire Moon signs will be examined.

Reincarnation: Implications for a Life Philosophy