Karmic Lessons: Psychic Echoes from Your Past Lives 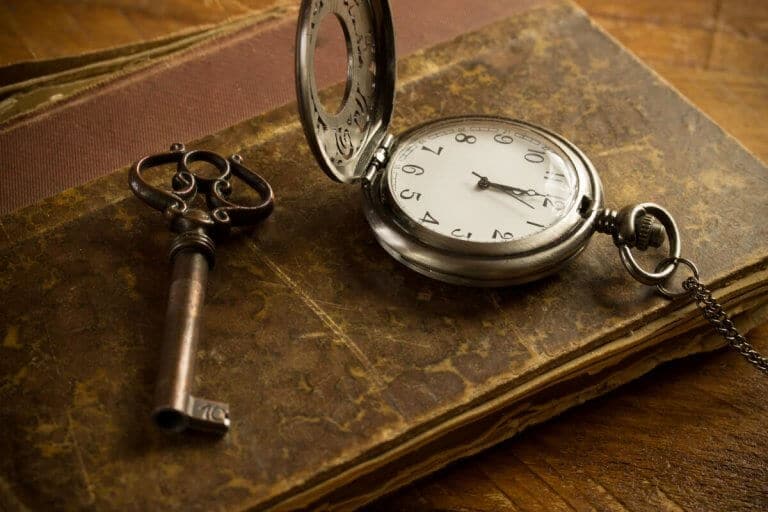 The belief in past lives is not a new concept, but it is one getting more and more scientific and psychological attention.  Slowly, the idea that your presence on earth has happened in previous lifetimes and will happen in future lifetimes is becoming more prevalent in the modern worldview, thanks largely to the past life regression hypnosis techniques pioneered by Dr. Michael Newton.

Many of the patterns and relationships in our lives that are difficult to understand in a single lifetime of experience often echo past lives in choices and connections where we need to resolve a karmic lesson.  This article will explore karmic lessons as echoes from our past lives.

A Larger Theory of Life and Death

Many different theories and beliefs exist regarding life after death, and most of them purport that there are one life and one afterlife.  Atheism reduces everything to just one life.  But most major religions claim that you have a life and an afterlife.  The afterlife is usually divided into two or three realms.  In the two-realm system, there is eternal punishment or eternal paradise.  In the three-realm system, there is eternal punishment, eternal paradise, and purgatory (the in-between place).

Reincarnation proposes that spiritual life and incarnated life dance back and forth until a soul learns all the lessons it needs to learn, then it can enter Nirvana or return to the source.  The time it takes to get to Nirvana could be thousands upon thousands of lifetimes.  Regardless, in reincarnation theory, you have been here before and after you die, you take some downtime and reflect, and then you will return, as you have done who knows how many times before.

Each time you return, you forget your previous life.  This process makes sense since it would be overwhelming to have to recall every lifetime: glorious, boring, and traumatic.  However, even without the clear memory of your previous life, you often find echoes that show up in ways that indicate a lesson for this lifetime.

Perhaps you visit some part of the world you have never been to only to discover you know your way around the city as if you were a local living there all your life.  Maybe you meet someone from a radically different culture but are sure you “know” the person and it is obvious that they know you.  It could be that you have an “irrational fear” that has no connection to this lifetime because you have no traumatic event to link the fear to (of heights or the ocean or a person in your life).

Anywhere you find it hard or impossible to explain a talent, like picking up a musical instrument you have never played and discovering that you can, very quickly, beyond reasonable expectation, learn and even master the instrument.  All such circumstances might be easily explained through a past life regression to another lifetime where a specific event occurred that relates to the current concern, person, talent, or issue.

I have done eight past life regressions and one life between lives session, and each one related to a significant issue or relationship in my current life.  I have also done quite a bit of personal work exploring past lives on my own through muscle testing and meditation.  My story on earth goes back a good way and I am confident I have quite a few returns in my future.  I have resolved some important karma while also creating some unfortunate karma in this lifetime that will require some future lives to heal.

Dying Young, Living to Be Old

When I turned 40, I had the strangest sense of not feeling normal, like I was out of step with some familiar pattern.  I decided to do a past life regression with a colleague of mine who is a hypnotherapist and what we discovered in the first part of the session is that in most of my past lives I did not live past 40.  In fact, I had a pattern of dying violently, mostly due to my role as someone who angers the powers that be in those times.  Once a rebel, always a rebel.

In the second part of the session we discovered that I did have some very long lifetimes, not many by comparison to my short ones, but several, nonetheless.  In this particular session, I landed in and explored a lifetime in China where I was living in a small village in a mountain pass used by traveling armies to wage war on one another.  I happened to be a woman, who, over time, became a counselor to the leaders of the armies as they passed through.

In that lifetime, I lived to be in my late 90s and it became apparent during the regression that this lifetime is supposed to be another one of my longer ones.  I do not know if I will make it into my 90s, but I am already well past 40.  And, interestingly enough, I am working as a spiritual advisor in this life and consulting with people from around the world.

My Happy Life with My Father

In another session with a different practitioner I ended up regressing to 15th Century Italy and the regression started with me as a young man whose father had achieved great success with a vineyard.  I had no interest in the farm but was rather interested in making clocks.  Like this lifetime, the soul of the man that was my father then chose to be my father in this lifetime.

And in this lifetime my father built a very successful career as a general contractor and I could have easily followed in his business footsteps, but like the past life, I did not. In that lifetime and this one, my father supported my dreams and did not expect me to carry on his.  We enjoyed an easy relationship, then and in this incarnation.  And, it turned out to be another lifetime where I lived a long life. His soul and my soul chose again to enjoy the ease of a positive father and son relationship.

Any strong pattern in your life is potentially a karmic lesson to address, appreciate, and understand. If you want to know if the pattern or person is an echo from the past, then make an appointment to get a past life regression done and find out.