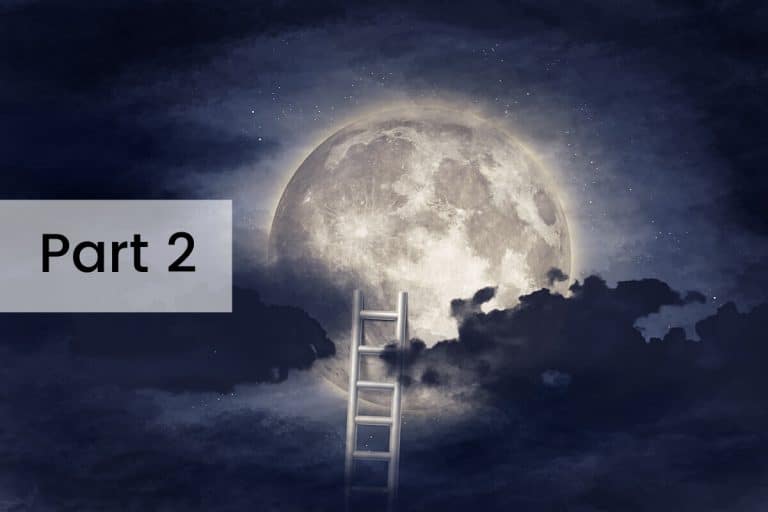 You just learned in the previous article that your Moon sign represents your emotional responses to external stimuli. You also learned that the Moon phase you were born under has an effect on your life as well. You also found out that there are karmic reasons you were born under the Moon phase that you were. What about the actual Moon sign? What are the reasons for you having the Moon sign that you have? Have you ever wondered why that would be?

Why would you be born to have a particular response to something that happens in your environment? There is most definitely a past-life connection to that.

Your Moon Sign and The Tie to Past Lives

The emotional side of you is tied to subconscious memories that are tied to the Moon, and your Moon sign indicates that. Your Moon sign also represents karmic issues that you need to iron out as well by learning how to manage these emotions that you have in a constructive way. That will be examined in this series of the Moon and karma and past life ties.

If you have a fire Moon sign, you may have an energetic disposition and you tend to not focus on unimportant things for very long. You may have a temper that can be somewhat volatile, and you can be moody as well. Those are the superficial general traits of any fire sign. Now, let’s talk more about each of the fire Moon signs to give them an overview of how they affect you, and the possible karmic reason for having one. Let’s start it off with the Aries Moon.

If your Moon is in Aries, you are known to be quite aloof, impulsive, and even volatile by nature. It is quite possible that your mother encouraged you to become independent when she was raising you. Therefore, you would have developed a very independent nature. However, even though you are quite independent, you have this hidden fear of being abandoned by your mother.

Your mother likely has never had an intention to abandon you. But this fear is subconscious, and perhaps the reason for it is that you were abandoned in your past life by a mother figure. You may have either been kidnapped as a child and never reunited with your mother, or you were neglected in your previous life by your mother.

Therefore, those emotions and fears were carried with you into your current life. However, you are naturally independent and one of the greatest gifts you have is to initiate and follow through on projects and other responsibilities. Other people would be inspired by your gift to be initiating and creative as well. The next fire Moon sign to examine is Leo.

If you have a Leo Moon, you have a strong creative side, but you also have an intense need to have attention focused on you all of the time. You may appear to live a life that is quite emotional and filled with drama as well. Perhaps you were also raised by a mother who craved attention for herself and always took the spotlight that was meant to go onto you away.

The fact that you missed out on getting the love and attention you needed, your love life in this current incarnation suffered. You would have needed the attention to be focused on you and you could not keep a relationship that your ex-partners saw as one-sided.

A possibility of a past life situation was that if you have a Leo Moon, you may have been kidnapped by your parents or your lover. You missed out on having a life of nurturing and love. You may have also been forced to entertain the one who kidnapped you, for the sake of gaining pleasure.

The trauma of being taken away from your lover or your parents who gave you the love and attention that you needed was imprinted in your soul at the time of your death in your last life. You came into this world with a strong need to find someone who would love you

unconditionally. Unfortunately, you ended up living a dramatic life due to having these feelings. The best thing you can do in order to channel them is to focus on your creativity.

Going into the arts could be a good way for you to channel these feelings that are quite intense. Acting would be a good profession for those with a Leo Moon, as it would be healing for understandable reasons. Acknowledging your creativity could help you make peace within yourself. The next sign is Sagittarius.

You also have the need to be outspoken as well as independent. You don’t hold back the truth about any matter that is important to you. If you had experienced a traumatic event such as being robbed and beaten in your last life or had a friend who was, instead of caving in and feeling victimized, you would have wanted to tell the world about it.

Mostly for the purpose of raising awareness but also finding ways to solve issues so whatever happened does not happen again. But you died, without having the chance to do that. Your feelings were so strong that you had a need to express the truth and this need had made an imprint on your soul. You may be the type to go into public journalism or you may be the type to do speeches on worldly and political issues because expressing their importance is a need for you with this Moon. In fact, you may travel to foreign countries to make these speeches.

You can educate others about the facts of war, world hunger, the economy, environmental matters, and other global issues, and they can learn a lot from what you have to say. Someone with a Moon in Sagittarius will never hold back on speaking the truth.

That is the fire Moon sign overview. If you have an Aries, Leo, or Sagittarius moon, does it make sense to you that you had a challenge in your previous life that you intuitively know is buried in your subconscious? If so, now you know how you can channel it constructively. If you don’t have a fire Moon sign but have an earth Moon sign instead, stay tuned for the next part of the series which will cover your karmic and past life ties that are relevant to your Moon sign.