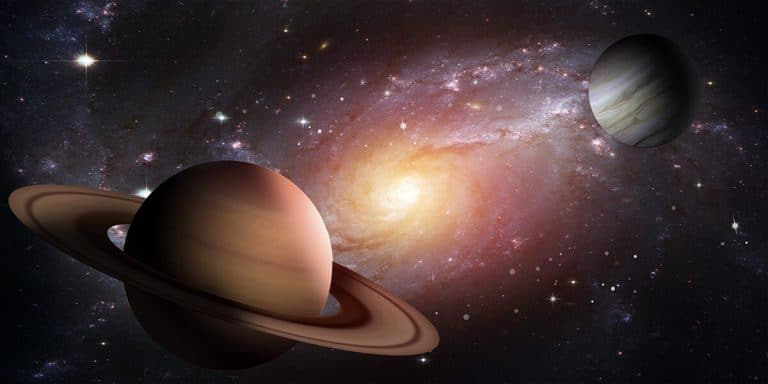 Astrology occurs in cycles; some happen rather quickly, like the Moon passing through the same sign every 29.5 days, while others take hundreds of years to happen, like Pluto returning to its point of reference in a sign ever 247 years.

There are individual cycles and combined cycles; the Sun and Moon merge every 29.5 days to mark the New Moon and oppose in the same number of days to mark the Full Moon.  Jupiter and Saturn merge roughly every 20 years and will merge again this year, in Aquarius.  This article will discuss the implications of this conjunction in the sign Aquarius.

The previous three conjunctions happened in the signs Taurus (2000), Libra (1980), and Capricorn (1961).  This upcoming conjunction, known as Great Conjunction, will be rare because it is in Aquarius (I went back over 600 years – 30 conjunctions and not one in Aquarius). When this conjunction occurs, some form of expansion gets limited.  All three dates, 1961, 1980, and 2000 represent times when the economy went into recession.  If the pattern continues, there is already a recession or will be an official recession recognized for this and the following year.

Jupiter puts its considerable generosity and expansion energy towards the society when in Aquarius if the energy is healthy and positive.  On the shadow side, Jupiter can attempt to assert the ideals of one group over that of all other groups.  This fire point works well in the air energy of Aquarius and can present idealistically in a “big way”.

Jupiter was last in Aquarius at the end of 2008 and most of 2009.  Jupiter in Capricorn has a cycle of testing financial institutions to find out if they are running correctly or if they are corrupt.  Should and institution turn out to be corrupt, then Jupiter entering Aquarius presents a new opportunity to develop new visions for the corrupted institution.

These visions can lead to new, enduring systems, or a new opportunity at corruption.  If a system survives or thrives under Jupiter in Capricorn, then it can be a model for other systems when Jupiter enters Aquarius.

In classical astrology, and before the discovery of Uranus, Saturn co-ruled Capricorn, and Aquarius, so it is quite powerful in this sign, even though it no longer is the ruler.  Aquarius is the air sign most associated with science, the scientific method, and idealized thought.

The last time Saturn was in Aquarius was 1991 to 1993.  Advances in science and social issues would dominate American life and politics.  Of particular note would be the election of a saxophone playing governor from Arkansas who deftly used social platforms to usher in a significant change to how politics would be done going into the future.

Jupiter and Saturn Merged in Aquarius

One of the many sought after uses of astrology is a prediction for the future so we can plan to succeed in that future or brace to survive it.  Predictions can be very specific, such as “you will get married when you are 27”, which you are told by the seer at 21.  Or they can be clear but not specific, such as 2020 will be a year of tremendous, global change to institutions that make up the fabric of society, a prediction clearly determined astrologically because of the merging of Jupiter, Saturn, and Pluto in Capricorn at the beginning of the year, in January.

Perhaps an astrologer of greater skill was able to identify the mechanism as a virus; I was not.  However, I was more than confident that the level of change that would be wrought by this astrological configuration would be massive and it would happen in the year 2020.  I wrote and presented in public this conviction as far back as 2016. It was also clear that a shock to the system, in the US and globally, would result from the Uranus/Pluto square that transpired from 2012 to 2015.

The conjunction of Jupiter and Saturn in the minutes between 0 degrees and 1 degree of Aquarius will continue the domino effect of significant change, by establishing the persistent new normal that will shape the thoughts and ideals of societies around the world.  This astrological moment neatly coincides with the US Presidential election.  Growing and stark division within US society is leading to a moment in which two very Aquarian outcomes will be “up for grabs”.

I will not predict, nor do I think the answer will be clear, which direction the US will take regarding Aquarian idealism.  But I do think it will be a choice between the positive version of idealism, a more inclusive form of socialism.  Or there will be a negative version of idealism, which would be fascism –  the belief of one group to be superior to all other groups, and unified enough to do violence to assert its limited, but an idealized version of the way life should be.

Aquarius is visionary energy, but like all signs of the Zodiac, energy gets expressed in binary ways, usually with some mixture of degrees of difference.  But every so often, there comes a moment in human history when the binary reaches some extreme, forcing humanity to be in or make a choice that will redirect the course of civilization.  For the US, such moments include the Revolutionary War, the Civil War, and World Wars I and II.

The astrological factors at play in each of those significant moments have converged during this time.  Pluto was in Capricorn at 27 degrees when the US was “born” on July 4, 1776.  Neptune was last in Pisces between 1848 and 1861 (the Civil War dates were 1861 to 1865).  And, Uranus was in Taurus between 1935 and 1943.  Today, Pluto is at 24 degrees of Capricorn, Neptune is at 20 degrees of Pisces, and Uranus is at 9 degrees of Taurus.  The volatility of this year will continue, at least for the US, until the election, and probably for a period after and into 2021.

Jupiter and Saturn will merge on December 21, 2020.  Whatever the new vision of US society, it will begin to take hold with the help of this energy and it will represent a new vision, whether it is an old vision renewed or a truly new vision for a new generation.