How to Impress Your Friends with Tarot?

Home » Blog » Tarot » How to Impress Your Friends with Tarot? 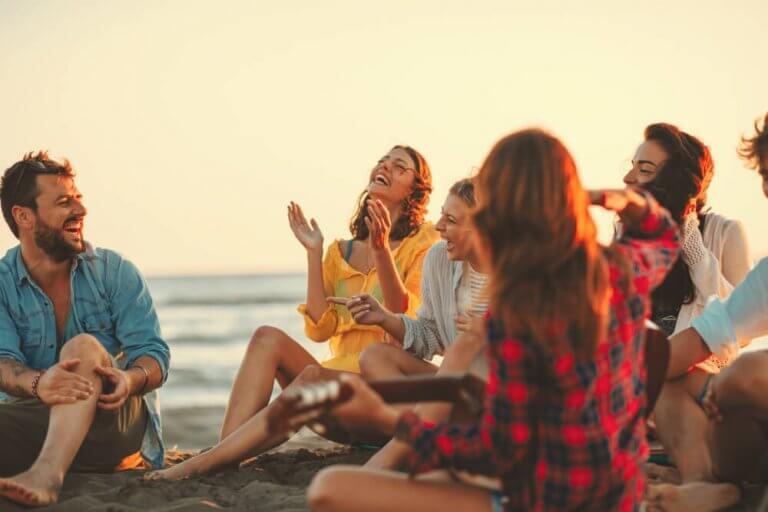 Not everyone is willing to accept tarot card reading as being a normal part of life. If you find yourself surrounded by friends who view it as nonsense or childish, there is a simple way to change their minds: impress your friends with tarot card readings. What better way to convert a skeptic than by showing them the power of what you can do? In this article, we’re going to explore some simple ways you can impress your friends with tarot cards: from exploring their love life to involving them in the practice.

There was once a time when practices such as tarot card readings were considered witchcraft of the highest order. Even as reading cards became more accepted, it was typically associated with old gypsies with giant, almost comical, crystal balls. However, in the modern world today, reading tarot cards is associated with many other incredibly beneficial practices such as meditation or Feng Shui.

Asking your friend if they’d like to have their cards read can seem a little intimidating, for those who aren’t exactly sure how the cards work. Sitting your friend down and explaining everything step by step can help ease them into the read. One of the simplest ways to impress your friends with tarot cards is to involve them in the initial stages.

Whatever the question, the next step can make or break your friend’s involvement. Some psychics will ask their client to simply split the deck a certain number of times. However, this can make it feel more like a magic trick. Instead, spill the deck across the table and ask your friend to shuffle all the cards up, trying their best to touch each hard at least once. Through including them in this step, you’ll not only transfer their energy onto the cards, but you’ll also allow them to feel more involved.

The next step can be interesting when you’re trying to impress your friends with tarot cards. Depending on what sort of question you got them to ask at the beginning, you can now begin to delve into their lives by asking them to select the cards. Most people go for a 3 card spread but don’t feel bad about using a single card, or alternatively, going as high as a 7 card spread if you’re interpreting a dream.

It’s important that you establish what you’ll be exploring before you start turning the cards over. If you’ll be looking into your friend’s love life, you might choose to avoid the typical past, present, and future set up. Instead, allow your intuition to guide you. If something stands out in their cards, then don’t hesitate to mention it. Sometimes secrets can reveal themselves through Tarot and that’s the last thing your friend will be expecting.

Similarly, you might choose to explore certain areas of love. If the cards suggest that they’re in love or have had their heartbroken then react appropriately but don’t hold back on relaying the truth to your friend. You can also look deep into your friend’s life and see what sort of energy they are giving out. This could be worth mentioning as it could be hindering your friend’s love life.

Tarot cards might commonly be used for helping with matters of the heart or exploring events that are still to unfold. However, one often forgotten insight that tarot cards can off, which is certainly an important one if you want to impress your friends with tarot cards, is exploring the inner workings of someone’s mind, body, and soul.

A simple spread for this would be a traditional 3 card spread with one card representing the mind, one the body, and one the soul. Through this method, you can explore secrets that your friends may not even know about themselves. Using the cards in this manner can be tricky though, and so it’s important to remember to trust your intuition. Your friend, let’s call her Zoe, might not seem like she has the workings of a spiritual teacher, but perhaps she just hasn’t had the opportunity to develop yet.

Similarly, just because your friend Mark always talks about becoming a writer, doesn’t necessarily mean that he wouldn’t be better suited in the director’s chair. That is the benefit of exploring the hidden talents of your friends: even they don’t know what to expect.

Past, Present, and Future

Of course, sometimes, there is a benefit to giving someone exactly what they expect. Psychics are known, mostly thanks to the media and Hollywood movies, for simply mentioning future events. By making use of the 3 card spread, you can impress your friends with tarot cards by walking them on a journey through their past, their present, and their future, much like Scrooge in A Christmas Carol.

As each card is turned over, don’t feel pressured into giving an answer straight away. Take a moment to really explore the card and consider its meaning. You don’t want to rush an answer if it means sacrificing accuracy. When you turn over a card, focus your energy on past events as see what comes to the front of your mind. Allow your intuition to guide you and try not to be swayed by the knowledge you already have of your friends.

For example, if your friend Tim just broke up with his partner, you might naturally expect him to be quite sad, maybe even heartbroken, but don’t let that thought lead you to the same conclusion with the cards. Clear your mind and focus on what the cards are telling you, rather than what you’re telling yourself.

Negative Tarot Cards and How to Handle Them

How to Get Psychic Reading