7 Tips on How to Attract a Scorpio Man 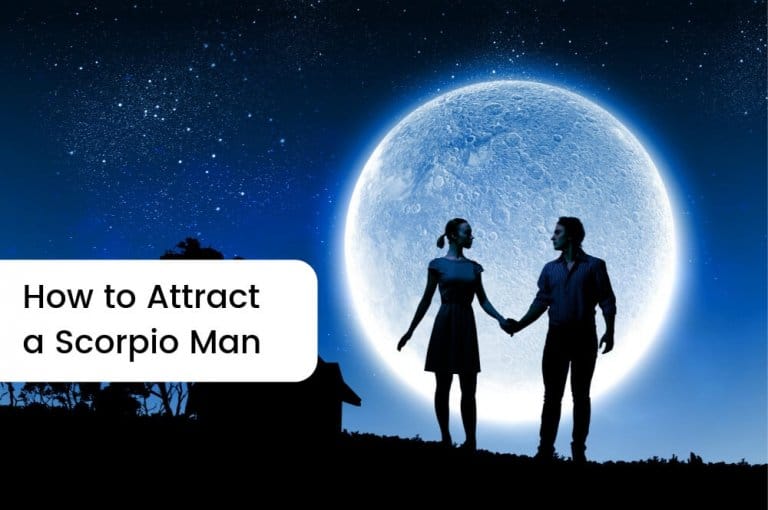 Love basically involves the crossing of two souls as they intertwine to form one of the purest of the relationships. But in order to first get your partner interested in you, one must know the basic mindset of his or her love. Scorpio is a type of soul that tends to keep to themselves. You can claim of knowing them, but they are much deeper than you can ever imagine. A question of how to attract a Scorpio man comes to mind when dealing with them because they are the most sophisticated people among the zodiac signs. Read all the pro tips on how to attract a Scorpio man.

With a soul that is as clear as crystal. A Scorpio man expects his partner to be completely true and honest to him because their values circle around the bond of love and trust. Secondly, the bond of love is knitted with the fibers of trust. Belonging to a personality trait that they are excellent lie detectors enabling them to have an eagle’s eye for people who tend to lie to them. If a partner ever indulges in such an action, they would have to pay a very heavy price and might not even see their love ever again.

2nd Tip: Learn as much as you can

What attracts Scorpio men more is the idea that their partner knows how to dig into the layers of the society to get the knowledge they both crave for. A Scorpio believes in the fact that most of the people are trying to figure things out on the outer layer. Whereas, a Scorpio man does not function in the same way. They dive into the depths of the situation at hand. If you are able to get interested in a Scorpio start by digging deeper than a normal person would.

A Scorpio appreciates it when they have deep conversations with anyone. Try to let them know that you are not the sort of person who would just lie around and barely scratch the surface. Engage them in long and deep conversations, and nothing excites a Scorpio more than deep talks.

How to attract a Scorpio man? The question still rumbles in mind. Scorpio is the sort of people who do not care for the physical attachment; rather they eye the spiritual one which leads them into a land of mystical beauty which very few have the chance to experience.

When talking to a Scorpio keep one thing in mind, try to answer their questions as honestly as possible. The reason being that they want to connect on a spiritual level rather than just making petty talks. Once that bond has been achieved try to keep it stable by not pushing them to ask more questions as they are not engineered that way. If they experience that bond you would definitely hear from them again. But the trick is to be just true.

Do not consider Scorpio a lonely, gloomy person. The depth of their knowledge surpasses every other star. You can attract a Scorpio by simply sitting down with them and contemplating the ideas. The trick behind this technique is not to disturb them with extra care as this would probably scare them away.

Start a conversation that you know would hook the Scorpio’s attention and then reel him in by adding to his knowledge and listening to what they have to say about that particular subject.

That spirituality which is linked with the idea of How to attract Scorpio man goes way beyond the normal person’s perception of love. Scorpio being such a personality that does not need attention but what it does need is affection from its partner.

Nothing turns a Scorpio more off than the fact that he is not being given the attention he deserves. The idea of a mobile phone has practically ruined the status of good conversations. Practically every discussion is disturbed by this device. But when you are around a Scorpio do keep the fact in mind that he does not expect you to change your Facebook status or tweet something on Twitter. When you are with him give him your one hundred percent attention so that he knows that his words are not being wasted on useless things.

The main idea of a spiritual attachment is that they realize the fact that nothing is more important than the discussion they are having. That is when a Scorpio man would truly feel at home with you.

Scorpio men pry themselves with the fact that they are mysterious. They deeper than we perceive them to be and they like it when it is kept that way. They would open up to you once they feel comfortable with you and that is when they would let you know the smallest of the details. How to attract Scorpio man with this is that they really appreciate it if these details are pointed out to them from point to time.

7th Tip: Think outside the Box

How to attract Scorpio man is the basic question, but they are not attracted to the normal traits of normal people. They tend to prefer the depth of nature rather than the shimmer of outer beauty. When trying to arrange a date keep, in mind that they are not attracted to movies or other normal things. What they perceive is that they want to be completely related to anything that is out of this world.

A Scorpio is a complex human being who cannot be interpreted into words easily. The only way to get around them is by letting them know that you are there to connect on a spiritual level rather than a physical attachment. Keeping an eye for the details and then letting them know from time to time really cements the possibility of attraction.