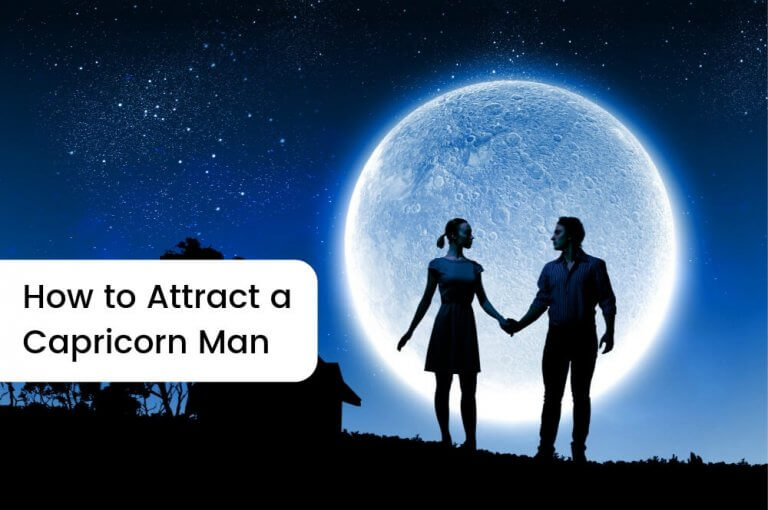 Starting small is the recommended approach to knowing how to be with him. You will need this seriously cautious zodiac sign to know you before you can expect him to react to your advances because outright flirting does not work at all. Skim through this concise guide on how to attract a Capricorn man to see how you can catch the eye of this earth sign. Slow and steady is the right way on how to attract a Capricorn man. He will take his time to know you comfortably by himself.

1st Tip: Humor with a loss

Capricorns may appear condescending to a few, but Capricorn men harbor a morbid fear of public embarrassment and tend to worry about other people’s opinions of them. Tread carefully in these waters, avoiding jokes made at his expense. They do have a sense of humor, but it’s hard for most to grasp it.

When a Capricorn is serious about love, he means it. Another bite on how to attract a Capricorn man is to let him see you being as serious with your relationships in principle. Even if you have experiences with shorter relationships, perhaps it may not be a good idea to broadcast that to a Capricorn man as he might just run for the hills as soon as he hears of him being little more than another entry in your list of experiences.

But, don’t be disheartened. He may appear distant and a little cold at first but beneath that little layer of ice is a truly generous heart.

Capricorn men are extremely serious about their careers. They are often attracted to people with similar goal-oriented energy and a sense of responsibility because once they find someone who may potentially support their professional ambitions, they find it difficult to let them go. An easier way into a Capricorn’s heart is to earn his respect and reverence before you obtain his affection.

Once you hold onto a Capricorn Man, you will need to realize that they are not just in pursuit of success, they’re attracted to the trappings of a successful life just as much. An evening in an exclusive restaurant would make the perfect first date for the two of you. Surprisingly, during a meal is the only time he will dread discussing the day’s work! Another pointer on how to attract a Capricorn man is by healthier conversations and knowing what the best time to say something is!

A Capricorn man tends to walk right past a daydreamer and never look back. Discuss plans and ambitions together and if there is a way to reach out to fulfill them, let him know. He does not only want a successful relationship, but he also wants it to be about triumph!

Sometimes it is also a key to the locks that you rather wish were left closed. Knowing how to keep a Capricorn man includes safeguarding the trust of anyone or he begins to question your behavior towards him too. So, better watch out! Regardless, a Capricorn has a good influence on all those around him with a very stark sense of what is right and wrong! So, tread that line carefully.

You must never act fake to please a Capricorn man. You may be tenacious but grant him the privacy he desires. He prefers to keep miles away from drama and appreciates people who are down-to-earth more than any other!

Ideally, Capricorn men will naturally be drawn to you if you’re striving, funny and perhaps a little tactful. A Capricorn carefully analyzes a person and just because he does not say a thing, does not mean he would not know if he catches you trying to manipulate him.

How to attract Capricorn men?

Capricorn is a difficult sign to be in a relationship with! They can be snobby, unforgiving and status-seeking at times, setting immensely high standards around them for others to fulfill even though they can barely make up for some by themselves. But they mainly demand what is best for you, even though they are extremely indecisive themselves. He’s afraid of embarrassing himself, and you may require a lot of patience before he truly reveals himself to you. Just be yourself and most importantly, be honest!

Even though a Capricorn sets high standards, he prefers women who present themselves as a mystery, who are picky themselves when it comes to choosing a romantic partner. He wants his partner to be honest, even as he wants to chase after her. He follows traditions and acts like a true gentleman, but don’t be fooled. With the old-school habits, comes the old school ideology of reaching far into the social ladder to climb up higher.

Capricorn cares about his image, and even though he is one of the best listener signs of the Zodiacs, he prefers his partner to be just as a good listener as she is at balancing her life with his since he views it as a resonating force to acquire ultimate success in life.

A Capricorn man is always ready to help, but you shouldn’t hesitate to show him that you are capable of taking the initiative and leading the way. An important thing to keep in mind while jotting down ways on how to attract a Capricorn man is to let him know you trust him and his abilities. Be patient! A Capricorn man can bring all the better changes in your life.