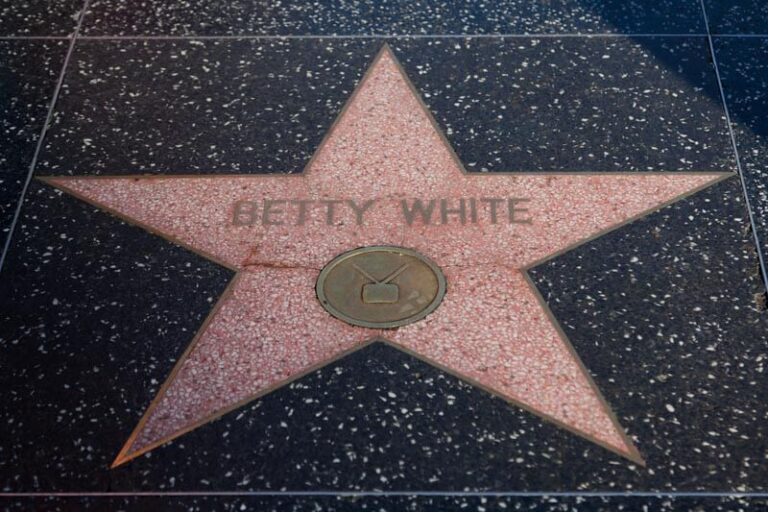 Betty White would have turned 100 years old on January 17th, and on New Year’s Eve, she could not make it to celebrate that milestone. Everyone is sad that she is no longer with us, even though she is with everyone in the spirit. But those who loved her will be grieving for a while over the fact that the Golden Girls’ icon is not here anymore. She is now celebrating with her co-stars from that sitcom. So how do you intend to pay tribute to Betty White on what would have been her 100th birthday? If you need some ideas, let’s look and see how the zodiac signs will pay tribute to Betty White.

Aries – Shows Respect for Her Boldness

Aries respects anyone who knows what they want in life and goes after it. So, it is not a surprise that Betty White was one of those individuals who knew what she wanted. Therefore, Aries will be the one to make it known how much they respected Betty White for how ambitious she was and how she did not stop anything from getting in the way of what she wanted. Aries may make a video about it and publish it on TikTok or YouTube or write a lengthy note on social media to pay their respects to her.

Betty White loved hot dogs, greasy potato chips, and fries. She enjoyed a few cocktails and Diet Coke too. Therefore, since Taurus is sensual and appreciates good food, that is how Taurus will pay tribute to Betty White. They’ll make themselves some hot dogs and fries and will have greasy potato chips and red licorice for a snack and will enjoy some cocktails or Diet Coke. And they will likely eat their chips while sitting on the sofa, watching a few enjoyable reruns of the Golden Girls and other shows that starred the icon.

Gemini – Writes a Blog Post or a Letter to Her

Gemini is all about communication, and it is not a surprise that Gemini will write a blog post about Betty White. Or perhaps they may also write a letter to Betty White and read it to her in spirit saying how much they respected her for who she was and how they loved that she lived her truth. Gemini, like Aries, may make a video about their respect for her as well. And if Gemini does not do any of those things, they will most certainly talk about her to friends and family.

Cancer is the most emotional sign of the zodiac, and you can bet that they’ll become teary when they think of how Betty White did not make it to her 100th birthday. Therefore, what you can expect Cancer to do is watch Golden Girls’ reruns all day and get teary-eyed. You will see them having a box of tissues by them because some scenes will make them cry. Also, they’ll be munching on greasy potato chips with a can of Diet Coke because Betty White loved those things, and Cancer is the sentimental type, so it is not a surprise.

Like Cancer, Leo will spend their time watching Golden Girls’ reruns, but there will not be any tears. Instead, Leo will celebrate the life of Betty White and will have some friends over to enjoy the time doing it. Betty White’s favorite foods will be served, such as hot dogs, fries, red licorice, and greasy chips along with some cocktails and Diet Coke for those who don’t care for adult drinks. Leo will also make it known that they intended to have a Golden Girls’ themed party but never got around to it until this appropriate time!

Virgo – Donate to The Humane Society or Animal Sanctuaries

Virgo loves animals, and that is not a surprise. The other thing that Virgo is known to do is do the right thing and do helpful things. You will not see Virgo paying tribute to Betty White by having a party. Still, you will see them instead donate to animal sanctuaries and The Humane Society since Betty White was an avid animal advocate. Virgo will also make it known that they have contributed to these charities, encouraging others to do the same. Because, according to Virgo, there is no other way to pay tribute to a deceased animal lover such as Betty White.

Libra is all about love and relationships, and it would not be a surprise if Libra would write a blog post or post something on social media relevant to Betty White’s love life. So that is how Libra would pay tribute to Betty White on what would have been her 100th birthday. Betty’s love of her life was Allen Ludden, a celebrity game show host, as he was her third husband. Libra would talk about how strong a marriage they had, their love for one another, and how Betty regretted turning down his initial marriage proposals. Even if Libra does not write a post about it, they’ll be thinking about this on that day.

Scorpio – Keeps it Secretive but Admires Her Passionate Side

Scorpio is naturally secretive and will not make anything known about how they are paying tribute to Betty White on what would have been her 100th birthday. However, secretly Scorpio will think about her and admire her for her passionate side. They’ll admire her for how much she loved acting and how much she was an advocate for animal rights and other causes that were important to her. Scorpio does not say too much because that is their nature, but they have plenty of respect for those who act on their passionate side, as Betty White did.

Sagittarius – Makes it Known How Much They Love Her Upbeat Side

Since Sagittarius is the happy-go-lucky type, then it would not be a surprise that the way that they’d pay tribute to Betty White on what would have been her 100th birthday is that they’d set her as an example as to why it is essential to have a positive mindset. Betty even said to herself that she was living a long life because of how she always found the positive in everything. Therefore, since Sagittarius is good at giving lectures about why it is crucial to be positive, they’ll make Betty an example of someone who benefited from positive thinking.

Capricorn – Thinks About How Ambitious She Was and Finds it Inspiring

Capricorn is all about ambition, goals, and work, and it is not a surprise that they would have a lot of respect for anyone who is ambitious and does not stop going after them. Therefore, it is not a surprise how ambitious Betty White was and how much of a go-getter she was too. That is the reason she had a record-breaking career. That is why she received the Guinness Book of World Record title for Longest TV Career for a female entertainer because she made her television debut in 1939. Therefore, Capricorn would be taking some time to think about how much Betty White accomplished and will use that as inspiration if they feel like they are losing their motivation. By the way, Betty White was a Capricorn which explains this!

Aquarius – Not Only Donates to Animal Shelters, But Will Encourage Others

If anyone is going to donate to animal shelters and the Humane Society, it will be Aquarius, and that is what Virgo would do too. However, Aquarius is the humanitarian type, so they would strongly encourage those around them to donate to those causes in the name of Betty White. There is a movement to promote this by sharing the cause using the hashtag #BettyWhiteChallenge. If anyone is going to add that to their daily messages on social media, it would be Aquarius. Aquarius would donate a generous amount to the cause as well.

Pisces – Heads Over to The Zoo

Pisces has an empathetic nature, and it is not a surprise that they’d love animals. At the same time, they love having an escape, and they would take advantage of it at any opportunity they could get. Therefore, since it was a known fact how much of an animal lover Betty White was, Pisces would pay tribute to her on what would have been her 100th birthday by heading over to the local zoo. They can honor her love for animals and create an escape for the day.

Betty White certainly touched so many people’s hearts, and many people will be paying tribute to her on what would have been her 100th birthday on January 17th, 2022. So, if you like these ideas of honoring her, you can find some inspiration here, even if it does not match your sign. Betty White was incredible as she had so much passion, ambition, and a strong love for animals that she created causes to help their wellbeing. She is now with her Golden Girls castmates and can celebrate their time together spent creating the show. She will be greatly missed.

How Your Zodiac Sign Can Be More Assertive and Centered