10 Reasons Why it is Hard to Love a Leo 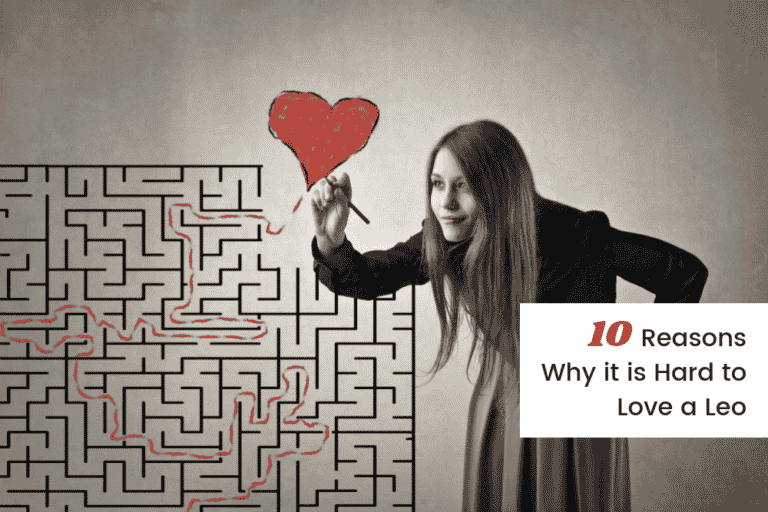 We usually get along with people who are the opposite images of us, and it’s usually the differences that make us come together and appreciate the uniqueness that is present. But there surely are some ups and downs in our which are also caused by the behavior of our partner or anyone who’s potential to become one.

Leo’s is symbolized by the zodiac sign lion, which shows pride, independence, and freedom in everything. They have a certain aura of progressiveness to them. This sometimes can cause misconception about their behavior and hence can be termed as one of the hardest zodiac signs to love.

Following are some of the most common reasons as to why it’s hard to love a Leo.

Leo is very proud people, and they understand their freedom in their thoughts and actions innately as a part of their nature. This causes them to behave in a manner which makes them totally separated from their partner. Which is why it makes it harder to cope with each other feelings when it comes to Leo love life.

We live in a society which is emotionally dysfunctional; people rarely get to understand each other, this can cause quite a lot of problem since knowing people superficially and not getting deeper into knowing their personality can be troublesome. The same goes for Leo men to Love, since they are quite sensitive about it and this causes an emotional hazard for those who usually don’t care to understand and make it harder for Leo Love life.

Leo is not very patient and cannot wait around, and they need quick results. they can easily get bored and need straight to the point answers. Some people find it hard to converse straight forward directly, they take time to open. Unfortunately, Leo cannot bear that at all. It starts to bore him out.

4th Reason: The world is their belonging

This might seem an odd statement, but Leo is very possessive in nature, be it a Leo woman or a Leo man. Since loyalty, respect, and velour are the key traits of a Leo, it makes them protective of their possessions and be true to it. This is something that makes them unique but apparently, to people who have yet not understood them can misjudge them to be very possessive and harder to love.

5th Reason: A hint of arrogance

Leo always thinks highly of themselves, and they believe they deserve everything. To them is what all the good must cater to. Kind of selfish if one observes but it’s something that they can acclaim or is their achievement. They are proud of what they do, and they never miss a chance to validate it. Hence, some people find this trait annoying and consider it is bragging.

Leo’s can be very lazy in nature, just like a lion they would like to sit still with their hair blown away by the wind giving a majestic shine when the sun struck their hair, and that’s all. Its typically harder for them to be active a lot, such behavior makes the other person think of Leo as uninterested. due to this, it makes it harder for Leo to love.

Their temper got no brakes and there literally is no initial inertia to stop it from accelerating from 0 to 100. They shoot up like a tank fires its missiles, they might be stable but do cause instability where they hit. Given that analogy, we surely can see how much it can disrupt a relationship to love Leo men or women.

For Leo everything is all about enjoying to the fullest, having fun and then nothing, void. This is a modern-day view of the materialistic world that we live in, but it adds fuel to the fire since when it comes to Leo love life, the factor of understanding and being true to it is affected. Adding to the plus side of it which involves a Leo to enjoy life with a bigger social circle with lots of friends around for chilling out. It certainly curtails the fact that for a potential partner it might cause a disruptive tear in the communication of their relationship. It means a life full of other people can make true and real love too normal to think about and hence make it even much harder to love.

9th Reason: Other people might be a mere existence

No, that’s not Descartes speaking. But it’s essentially being selfish or caring about oneself without realizing it might affect others as well. Leo indulges in their personal benefits and life too much which makes them more of indifferent towards other people. which makes it a lot harder for another person to fell in love with a Leo who apparently shows no sign of interest.

10th Reason: That’s not my thing to do mate!

That’s mainly the type of attitude you can expect from a Leo. People do have a certain limit to avoid responsibilities, sometimes due to laziness or other valid reasons. But when it comes to a Leo, they never miss to do it like a pro. He might say he has everything planned up for the event, while he just remembered he had to and that’s one he’ll start doing it or in the end mostly cancel. This is something that bugs others out and makes it a bit harder to love Leo man or woman.

Being Leo’s partner does require you to be the total opposite of what he/she is, but then that’s what it means because love is a struggle rather than just an affection.