What is Dowsing and How it Works?

Home » Blog » Psychic Readings » What is Dowsing and How it Works? 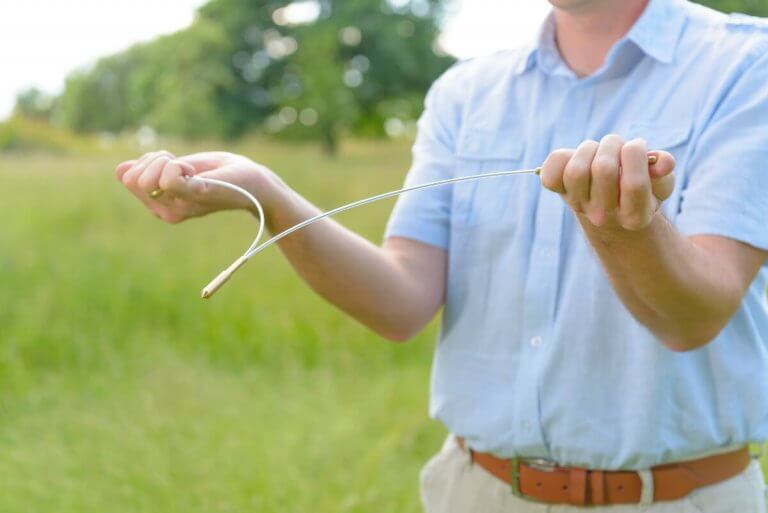 Strange as it may seem there are many things in this world which are completely alien to modern science. Such things either attract or scare people altogether. Dowsing is one such example. With a history that dates to the 16th century. It is probably one of the oldest arts. Their working principle works on dowsing rods which are used to channel one’s energy. The article explains the dowsing, its history, usage, and changes over time.

Though one might consider this art somewhat modern, it is very old. In 1949, a party of French explorers, while searching for evidence of lost civilizations in the Atlas Mts. Of North Africa, stumbled upon a massive system of caverns which were filled with old paintings and wall markings. One of the wall chalkings was of a man holding a forked branch in his hand while walking, followed by a group of admiring tribesmen. When these were carbon, it was found out that it was at least 8000 years old. This gives a brief insight into how old this tradition is.

The dowsing practice, as we know of today, basically originated from Germany during the 16th century. Back then it was used in attempts to find metals. Later Martin Luther, in 1518, declared it as an act that broke the first commandment.

Using the dowsing rod for finding water or underground metals has been the key usage of dowsing. But this so-called ‘sixth sense‘ gives a slight nudge to make you realize that there is something wrong with the location.

There are four main types of areas where the use of dowsing comes at hand. These are further divided into two main categories. One is called the “Tangible,” and the other is called the “Intangible”. The tangible areas of dowsing are in locating water and minerals and archaeological remains. On the other hand, intangible are Health and Earth Energies, which later became to be known as the subtle energies.

Tools of the trade

Each dowser has his or her style of a dowsing rod. Each of them makes it according to their taste to tailor accordingly. Then these rods are used to channel their energy.

There are four main types of tools employed by dowsers. They include the “Y” or “L”-shaped twig or rod, the pendulum and another tool known as the “bobber”. Every dowser likes to make the rods in such a way to make a certain angle between the hands and the dowsing rod.

Dowsing may look as if it is a complex system of chakra related thing. It is as simple as it can get. Anyone can do it provided that they have the art of dowsing in them. That is not an issue, as well. As almost 80% of the people can do dowsing, all they need is a hefty amount of practice, patience, and the energy to do it.

The process starts by holding the dowsing rod in one’s hand at an angle of 90 degrees to each other. The grip on the handle should not be tight to make the rotation possible. Then when you start to move if the rods cross each other, that is the place where different energy is present. Walking over it several times confirms the position of the spot.

The advantage of using dowsing

Being around for quite some time, this technique has had quite a role to play in the life of different people. From finding different metals to locating a spot for the well. Everything was decided using the process of dowsing. Other than that, it is used in helping us with our health as well. It can be used to balance one’s chakra. It can also be used to find the psychic wounds.

Dowsing, however, is considered to be something related to finding things. These things are not limited to metals or water. As it uses one’s energy, it can have a very diverse field of play. This field may include looking and applying for a job, or which plant or crop to plant this year. It can be used for almost anything in this world.

How to get started with dowsing?

Joining the dowsing groups can be a very helpful way of getting things done quickly as they would be more experienced than you and would help in getting through the right path with the least amount of effort.

Next step is to find the right tool that suits you, getting your mind ready and assume the ready position.

Dowsing as a Career

For some, it may be a source of a good laugh, but this is very true. You can earn quite a nice earning from this career. Ranging from the multi-millionaire specialists hired by oil and gas companies to the more soft-hearted practitioners, who want to do what they love and help people out in the process.

Dowsers have recently defined dowsing as ‘the art of knowing’. This reflects the fact that traditionally known as water divining and was a commercially important means of locating water and minerals, is now being used to find what is unknown. This includes medical sciences, day to day life issues, and many more things.

This evolution from simple two purpose art turned to a multi-purpose technique to get the most out of it. This evolution devised the off-site dowsing as well in which a dowser need not be at the site physically to get the job done. This was, however, not thought of in the past times.

Dowsing may seem an outlandish idea. But its uses are developing more and more in the 21st century, making its need increase day by day. It uses the energy from one’s body to use it as a detector of other energies surrounding that person.

A Guide on How to Use I Ching