Connecting with the Goddess Persephone 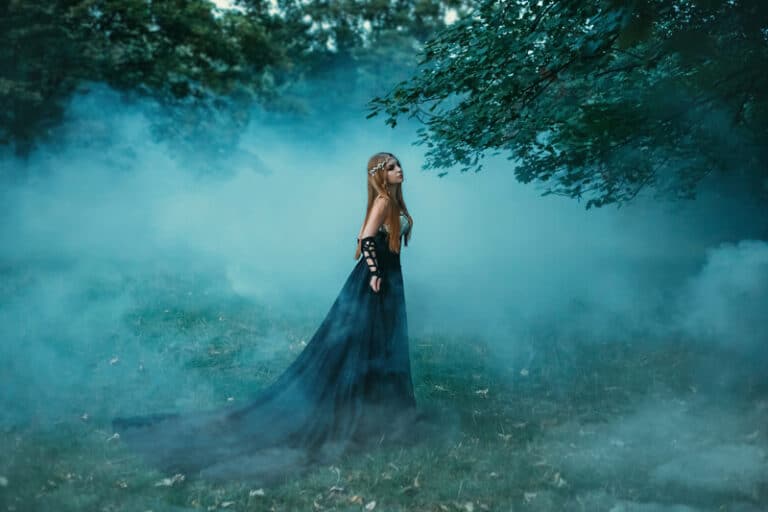 Throughout history, in modern times, and across cultures, gods and goddesses have played key roles in people’s beliefs. They have been and are invoked in prayer and meditation to help a person receive wisdom and grace in the area overseen by the deity.

This article, and the ones that follow, will look at various deities, their roles, and how to invoke them as guides and benefactors. The deity for this article is Persephone, a Greek goddess, who is the daughter of Demeter and the Queen of the Underworld.

Persephone is the daughter of Zeus and Demeter. Her story explains the four seasons, while also representing the strains of the mother/daughter relationship when the mother is too controlling. She is most famously known for her abduction by Hades, which occurred when she was separated from her mother and out exploring the world.

Hades takes her to the underworld to be his bride. In the story, Demeter becomes distraught that her daughter has gone missing and neglects the earth, leading the people to begin to starve.

Once she discovers Persephone is with Hades, she demands her return, or else she will let all the people on earth die. Since the gods rely on worship for their power, Zeus demanded Hades return Persephone to her mother.

Before doing so, he tricked Persephone into eating some pomegranate seeds, which are a food of the Underworld. If food is consumed from the Underworld, that person, human or god, could never leave.

Even so, Demeter still demanded the return of her daughter and so Zeus struck a deal with Hades that Persephone would spend half the time with her mother and half her time in the Underworld. When it is time for her to return to her mother, Demeter allows the earth to begin to flourish and the world gets Spring.

Here is her card in the oracle deck, Goddesses and Sirens by Stacey DeMarco: 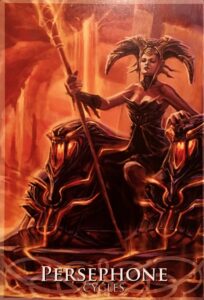 It is time for a change, and it will be positive. Respect your own natural cycles. Be mindful of seasonal changes and go with the flow, taking these into account in your diet and activity. Should the lovely Persephone grace your life, it is to remind you that cycles are natural. There are times to feel introverted and extroverted, energetic, and restful, happy and sad – none of these is better than the other. Let your body and mind experience your life naturally and without expectation based on someone else’s cycles.

You would choose to invoke Persephone when you need to pass through a difficult transition. How do you take a traumatic experience and transmute it into wisdom? How do you learn from your mistakes and move forward in a positive way?

Persephone is the keeper of this secret and sacred knowledge, which is why she is often connected with the High Priestess card from the tarot. 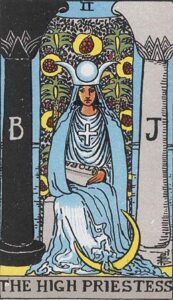 If your invocation is successful, Persephone will help you move through the struggle and find the strength to regenerate and grow strong. You will be forever changed; innocence will be lost, but the insight gained from the experience will elevate your awareness and help you achieve a deeper understanding of yourself.

She can also be called upon when you are having challenges with your mother or your daughter. In more modern explorations of the myth, the psychology of the mother/daughter relationship is prominent, suggesting that Persephone, who could not escape her mother of her own accord willingly chose to eat the pomegranate seeds, preferring to stay with her abductor rather than return to the stifling life with her mother.

Over time, she leans into her dual roles, both as the harbinger of spring, and a goddess of nature, as well as the Queen of the Underworld. She is one of the very rare deities that can walk between the world of the living and the world of the dead.

All deities are available to us. Some may prove to be spiritual council members for us, while others serve as temporary guides, or best fulfill a specific request.

You may honor her by eating a pomegranate and casting the seeds into nature for birds to find. You can ask her to be a temporary guide through a difficult transition, like leaving a marriage or having to change schools. She is adept at helping you find ways to cope with the change and eventually turn the situation into something positive.

In truth, the more traumatic the circumstance the stronger she becomes, to help you in your time of need. The greater the request, the greater the honor, so instead of just eating a pomegranate and spreading the seeds, you might purchase and care for a miniature pomegranate plant or visit a cemetery and place flowers on gravesites without them.

If you recognize that Persephone is a member of your council, she will be a co-leader. In her mythology, she and Hades acted as co-rulers of the Underworld, with half of the duties of the office falling on her shoulders.

One of her best attributes is the ability to move in-between and understand both sides of situation, even the dark and terrible side, so having her as a member of your council can open you to the tremendous levels of insight and intuition. She is one of the most powerful of the Greek pantheon, so invoke her wisely.