What Do The 4 Elements Have To Do With Career Horoscope?

Home » Blog » Horoscopes » What Do The 4 Elements Have To Do With Career Horoscope? 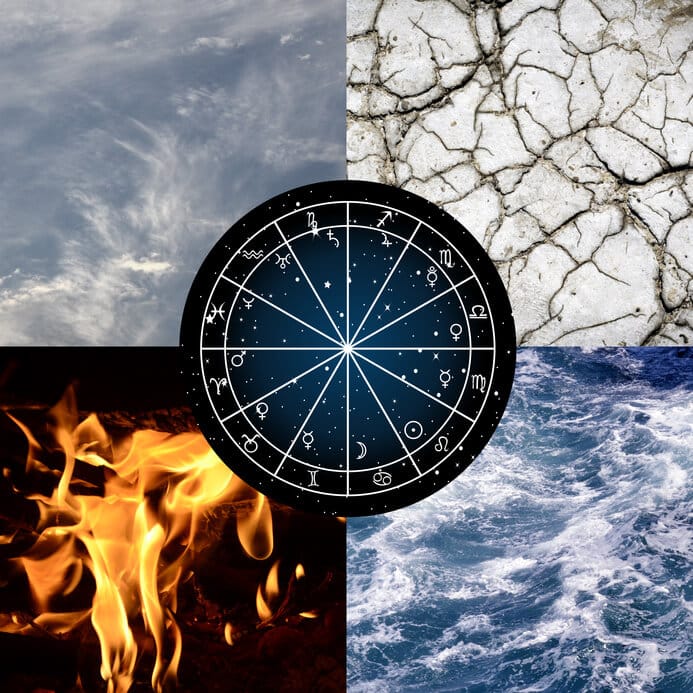 There are many concepts in the astrology world that might sound new to you. Career horoscope goes the same way, as it is not just affected by the zodiac signs. Do you know of the factors that determine how zodiac careers work out, and how the four elements take up their place among them?

Zodiac Signs and the Elements

A little background information on the four elements, we feel, is necessary. The 4 elements are what you may call parents of each zodiac sign. Every zodiac sign belongs to one of these 4 elements, which subsequently govern their behavior and basic personality traits. You may say that these give each zodiac sign their life direction and temperament.

Being an integral part of one’s life, zodiac careers too greatly depend on each one of the four elements, and then subsequently the respective star signs. Career horoscope works on a simple principle. It helps you choose the right profession for yourself, according to the way you act in certain situations so that you fit in perfectly for the role you apply for.

The earth element is the first one we will be discussing out of the four. This element has a very specific and self-contained personality, which it gives to its star signs too. It is common knowledge that all the zodiac elements tend to show properties which are the same as their role in nature.

In that regard, the earth is an element which favors permanence, settling down, and all qualities like that. Career astrology for earth people thus becomes quite limited. This does not mean that they run out of options, though.

The thing to grasp over here is that favoring permanence and settling down, the career astrology for earth becomes very specific. These people tend to look for jobs that do not require much travel. In that sense, a desk job might be the best suited towards the needs of an earth person. Career horoscope for earth also suggests that these people should climb the stairs by doing what they do best. They can easily improve their performance by banking on what they already know and improving their skill set.

The fire element is probably the best zodiac element to govern over your zodiac sign because of all the advantages it brings. Let us look at fire as an element and how it affects the general attitude of its star signs first. Fire, as you may expect, is a sign that speaks of energy and wrath. Wrath is not in the bad sense, mind you. It just means that once this element undertakes something (which is to burn something, literally) it does not stop until it is done. That being said, the energy that the element of fire carries is instrumental in bringing its people to the top in terms of career horoscope.

Job horoscope tends to be very lucky for the element of fire because it urges its people to strive and go to the top. Thanks to this element again, it also provides the energy and determination for its people to strive and make it to the final rung too. Prospects for career horoscope are bright as positions like CEO, COO, and CTO is the ideal spot for people belonging to the fire element.

Job horoscope for the water element might not be as lucrative as you may have thought. However, it does carry its own sense of personality in everything it does. Of course, to understand all of this, one needs to know what personality traits the element of water carries for its people. Only after that can we move to job astrology prospects. Just like in nature, the element of water people tends to fit in all kinds of situations and adapt readily. This is a direct reference to how water takes up the shape of any container it is put in. Similarly, water in nature can make its way out of any situation when it is flowing. It makes its own path. Water people tend to do the same in tough situations.

Career horoscope thus recommends that water element people be given jobs with challenges that no other people can seem to complete. This is specifically because of their adaptable nature. Although this may mean that their jobs are way tougher and mentally challenging than those of other people, it gives these people more time to build on their skills.

For starters, it gives its people a very specific personality trait of being adventurous and exploring. This lets them go out and be very expressive. Apart from that, it also signifies how their careers will never be a problem for them because of how they do not worry about what comes their way. If one door closes, they will knock on others. This principle theory leads all air element people to live a very carefree life.

Their career horoscopes similarly show a trend that tells how they are best suited to jobs that rotate them in different locations. Who would not want a job like that? Apart from that, their jobs also give them freedom of expression and in their decisions, making them the authority. In a very responsible way, they do not let their employers down either.

It is difficult to say which element is the best in terms of careers because there are advantages and disadvantages that balance each other out. It is best to focus on the strengths one’s element gives them, and capitalize on them.

What Greek God are You?

5 Reasons Why Your Zodiac Sign Will Find Love Next Year… according to the Love Horoscope!

Third Quarter Moon
The moon is currently in Leo
We use cookies to give you the best experience. Continuing using this site we assume that you are happy with it.Ok