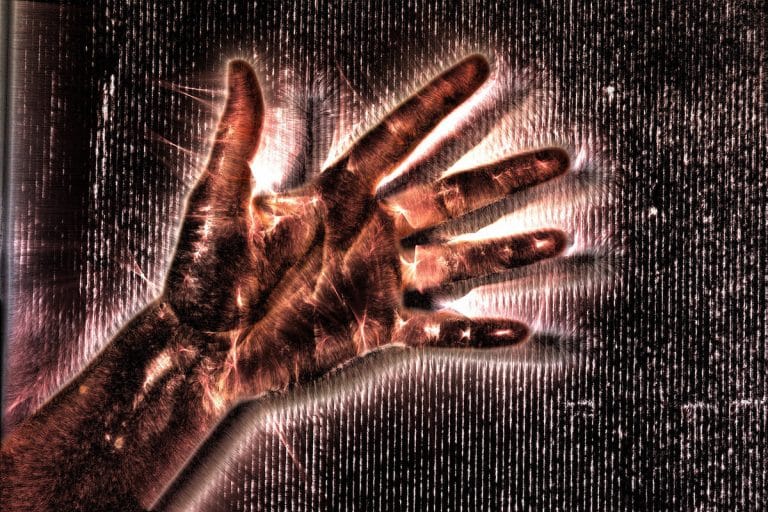 We all emit an energy field around our bodies, a unique mix of physical and etheric identity known as our aura.  Some individuals have the psychic talent to see the aura of others, but it is not a common ability.  If you are curious to know more about your aura, you can seek out an aura reader.  Or, you can have your aura photograph taken.

The Science of Aura Photography

“Kirlian photography is a collection of photographic techniques used to capture the phenomenon of electrical coronal discharges. It is named after Semyon Kirlian, who, in 1939, accidentally discovered that if an object on a photographic plate is connected to a high-voltage source, an image is produced on the photographic plate.” (Wikipedia)

Like astrology, which uses astronomy to make spiritual connections and claims, Kirlian photography produces a repeatable result of a phenomenon that spiritual practitioners interpret to offer insight and guidance to others.

Getting an Aura Photograph

The equipment for Kirlian photography is expensive, so it is likely you will want to find a person who uses the equipment professionally as a spiritual and aura adviser.  Most body, mind, and spirit expos will have one or more than one aura photographer; it is also possible that a spiritual or new age shop will have this equipment.

If you happen to be able to attend an event, and attend it regularly each year, you can get your photograph done each time.  The cost for the photograph and reading can range anywhere from $40 to $100, depending on the interpretation that goes with the photo.  Many of the professional packages include software that will produce a report that can further support the interpretation of the practitioner using the camera.

I had my first aura photograph done around 2004 at the Body, Mind, and Spirit Expo in Raleigh, NC.  When I had mine done, the corona around my image was a mixture of red, orange, and yellow.  Red was the dominant color.  This color combination indicated that I was driven, passionate, and intense.  Also, my corona extended father out from my source than most of the examples on display at the woman’s booth.

Not only was my energy “forceful”, but it also preceded me or filled space wherever I went.  As interesting synchronicity, I also happen to be an Aries Sun sign, so the colors that make up fire were rather appropriate for me.  I had my photo take each year thereafter and the result was consistently red, orange, and yellow.

In 2009 I had a severe panic attack and emotional breakdown, oddly enough, on the morning of the Body, Mind, Spirit Expo that August.  I was a practitioner at the show and almost had to cancel my appearance.  I was able to manage my way through the show, but I did not get my aura photo done that year.

My breakdown lasted nearly four years before I was able to regain my life equilibrium.  In all that time I still attended the two expos held in Raleigh, NC each year, but did not get my aura photo done.  Then, in 2014, I decided to get another aura photograph.  In many ways, I did not expect my aura would be the same, and I was right.  Instead of red, orange, and yellow, my new aura image was filled with purple, blue, and white.

The man interpreting the photograph for me explained that these colors represented an advanced level of spiritual development.  It was quite true that I had experienced a “spiritual emergency” that lasted several years and completely changed my energy field.  After traveling through a “dark night of the soul”, my aura was no longer the same.  Each year after, the new colors remained the same.

Clearly a spiritual emergency was a way to change my aura.  In talking with the aura photographer, he had many clients over the years who had near-death experiences (NDEs), depression, and other significant life events that changed auras, sometimes for a limited period, before the original aura energy “fell” back into place, and sometimes permanently.

At the time I got my first aura photo, I was involved with a woman who would be the mother of my daughter.  She too had her aura photo done a few times before the birth of our child.  Her aura permanently changed after our daughter’s birth.  And her aura photo was different while she was pregnant; after all, she had another energy being developing within her.

If you have a chance to get your aura photo done, you certainly should. And if you can get it done regularly, I would recommend following through on that opportunity as well.  Another interesting way to experience aura photography is with a partner, friend, or family member.  You want to ask to get the photo done together.  Depending on the equipment, you can each have your hand on a sensor plate (some systems use two plates, one for each hand), sitting side-by-side, and touching.

If there is just one sensor plate, you can simply touch the plate and the other person touch you.  To get the full effect, I recommend getting your individual photos done and then a couple’s photo.  That way you can see how the energy field of another person impacts your own energy field, and vice versa.

Aura photography is a wonderful gift to give yourself or someone else.  For detailed information about aura colors, please visit the Ask Astrology page “Seeing Auras”.  Keep in mind that most of us have blended aura and an experienced interpreter will help you get the most information about your aura field once you know the colors of your energy.