The Connection Between Aura and Spiritual Awakening 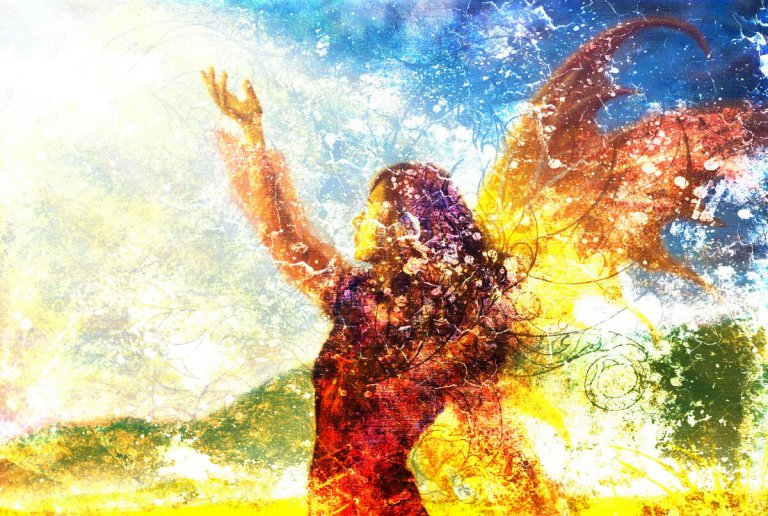 For some of us, spiritual awakening is the point of greatest tragedy. It’s a point where we lose love, lose almost everything while for others, it might be near to death experiences. The purpose is that this gives a wakeup call needed to divert the person’s attention to something far more significant. During all this Aura and spiritual awakening are very closely related. As both have a direct effect on each other, though that might not be visible to the naked and untrained eye.

The article explains the connection between Aura and spiritual awakening.

The human soul is a complex thing, and unraveling its true colors is very hard. Of the things that we do know, include Aura as the source of energy. This energy surrounds our body in such a manner that they act as the human signals for everything. This Aura acquires that particular color when it reaches a certain mood state. As it acquires a red color when we feel angry and other such colors.

During the process of spiritual awakening, the Aura is affected dramatically. A person may feel waves of anger and remorse along with other negative thoughts, but these are all because of the same reason. This is the time when the real psychic powers develop and change the personality and soul of the person by a great deal. But all of this is for the greater good of inner peace which cannot be compared to anything.

Sometimes we meet certain people who would judge you on behalf of the ‘vibes’ that you are giving off. These ‘Vibes’ are what psychics call Aura. Every person has their specific Aura surrounding them. During the process of spiritual awakening, the whole being of the human body changes. Thus, a person having a predominantly tan aura would turn to lavender as soon as complete spiritual awakening occurs.

This is the basic establishment of the base that defines who we are. Though this awakening can be made simply by meditating and staying focused on a particular point, it requires a lot of hard work and persistence. But most of all, it needs patience as this patience can be a truly fruitful experience.

Though the process of development is very slow at some point in time, we might end up with certain events that act as a catalyst for the whole scenario. Triggering the complete cycle to be set into motion. The following points explain the use of different steps that involve the start to finish of the whole spiritual awakening drama.

All of these steps are involved in bringing about spiritual awakening and thus causing the Aura to change itself.

Like everything else, Aura has distinct color patterns that define how the person is and how does he react. This requires the person to see the Aura themselves through training and hard work. Each color defines a certain trait which is explained in the paragraphs below.

The blue Aura depicts energy and relaxation and peace. The Brown color is the negative one holding love for material things and not caring for spirituality as a whole.

The green color acts as the healer for most people. This serves as the point where positive energy is being spread around to benefit the people. The orange color, on the other hand, shows a true leader to the squad.

There are plenty of other Auras that depict the nature of human beings.

5. Reaching out to Someone

Sometimes it so happens that we do not realize the fact that who we are and what we do. By the time we do realize our true potential, it is very late and needs a lot of effort to come back to the original position.

But visiting a professional psychic during these times can help by a great deal as they can let us understand who we are. This can be a lifesaver in many conditions that range from choosing a career to finally settling down with the prospect of marriage, or simply by untying the knots of marriage through divorce. Everything can be sorted out once we come to understand what makes us.

6. Let the People Guide You

Spiritual awakening is not an easy task. It is compared to a building that is to be brought down brick by brick and then constructed again using some of the old and some new bricks. The resulting building is new in design but has some of the same old features, such as the bricks. The point being when we pass through this phase. We are torn apart in a million shreds. Bringing ourselves back together is never easy then.

The danger becomes imminent when we start building ourselves in the wrong direction and placing the stove in the kitchen sort of situation. This can be dreadful as we humans cannot afford to be broken and then repaired back so often and require real answers to our problems. For this particular reason, it is strictly advised to seek professional help if in case you are passing through a bad phase. That is when we would be building ourselves positively using their guidance and help.

The reason for the whole awakening process might vary from person to person. But the reason for Aura change is fixed for everyone. All of the things explained above depict the idea that spiritual changes bring about a change in our Aura. This is because the man changes his way of action and dealing with the rest of the world, allowing certain acts which he would have dreaded doing before the whole great leap.