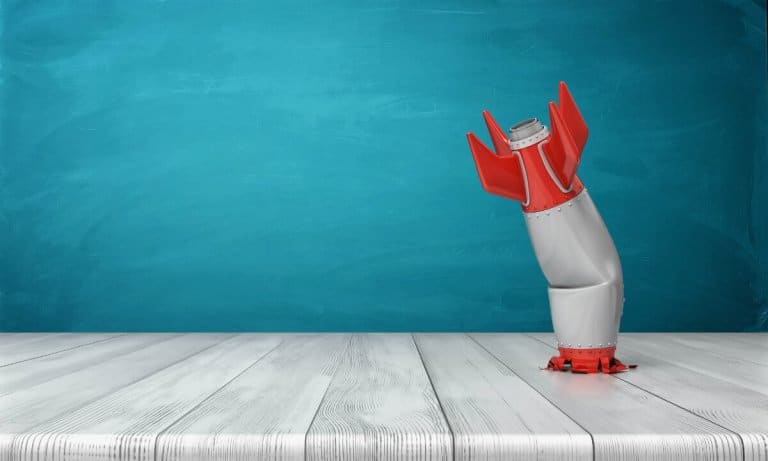 Life is not a bed of roses, has been very nicely said by a great man. Though we may plan for a few years, what is to happen is to happen and we cannot change it. But some things may change our approach towards certain things that include letting the positive things engulf us and negativities to move away from us. But then comes the dark clouds and they bring bad news with themselves, causing fear and vanquish in every direction. Thus, crippling our Law of Attraction.

The hope for good subsides in these scenarios. The reasons are explained below.

Though the Law of attraction lets us dream positive things to happen in our life. Life might not treat us the same way. This leads to negative thoughts being generated, which are put down by our positive attitude. The reason is that people choose to ignore the harsh facts even if they are staring them in the face.

This type of attitude may, at some point give way when all the problem comes toppling down on the individual — forcing them to reconsider their stance on the Law of attraction. Try to take things with a pinch of salt to fully enjoy life, without any mishaps.

Problems arise when people try to move towards a point for which they have hoped for. This might be innocent, but the issue starts when the people ask for it immediately and on the spot. This might not be the case with everyone. Sometimes the feelings might not be enough. Sometimes we may have to face a delay in the things being delivered. For this, we need to be very patient and try to hold our spirits back.

This is the point where the Law of attraction fails to comprehend what is being taught and used in the whole process.

3. Detachment from the Law

Certain experiences have taught us the simple fact that things are not easily managed and thus require a lot of effort to become true. Most of us attach our emotions and our feelings to a single idea, not thinking for once that it might backfire and leave us in a heap of failure. This is the problem with most of the people as they fail to understand that attaching these valuable assets to mere ideas is outrageous and would bear no fruit if it failed.

This, in turn, leads to the lifting of belief in the Law of the attraction itself. As they may start doubting the very base on which they stood anchored to the harbor.

We are sometimes faced with a possibility in life that may offer a hefty capital in return. Most of us would think that they are set on the path of success and that the Law of attraction has paid off. But in reality, they are dooming themselves as the criteria for the job slowly sucks away their potential until the project is finished and they are left with nothing but a sorry face.

We must understand who we are and what we are capable of. This attitude changes the way we would think and function.

The existence of newfound ideas is beneficial for a fresh start. The introduction of new ideas and adventures lead to an experience that lets the person in a state of limbo, in which case they cannot understand the outcome. This gives rise to certain individuals who would worry about the result beyond a specific limit. Reason being that they start channeling the wrong negative energy into the system. This is quite troublesome because of the Law of attraction.

Most of us tend to make humongous plans and ideas, but when it comes to the implementation process, they face utter failure. This lifts their belief in the Law of attraction as they met a bad ending.

The sole reason for this whole scenario is the lack of commitment to the very cause upon which the idea was erected.

People are faced with certain problem sets, for which they find solutions. When facing any problem, try to ask different people what they went through as they were dealing with a similar problem. This would give efficient solutions, but most people ignore this.

Most people are faced with a particular set of problems in which they try to focus on their details to the minute bits. This leads to a very complex problem to arise and might be very difficult to implement, thus encouraging the failure of Law of attraction.

9. Not Believing in Yourself

The majority of us fail to comprehend the Law of attraction truly, that believing in yourself is as important as working on a project. The idea of success in mind can give a beacon of light to fight for when it comes to commitment.

Try to speak out what you believe in. But be sure to make it positive and not filled with hatred as that ruins the Law of attraction and pollutes one’s mind and surroundings. Let the people be spared of your negative energy. Try to channel it out in a different way.

11. Not Reading the Signs

Sometimes the Law of attraction leads us to develop our sixth sense. When perceiving a certain idea try to follow it. During this time, you would receive signs and signals from yourself that would let you know if it is compatible or not. Most people ignore these signs, only later to find it as a complete waste of time.

People develop unique likings to a certain idea meaning that they want to establish something big, and once they have achieved it. They think of it as being eternal. No matter how positive you think, it would go away. This is the time when the Law of attraction fails for some of us. Leading to a sour taste in the mouth after the storm has passed.