Skip to content
Home » Blog » Horoscopes » What Are the True Zodiac Traits of the Astrological Signs? 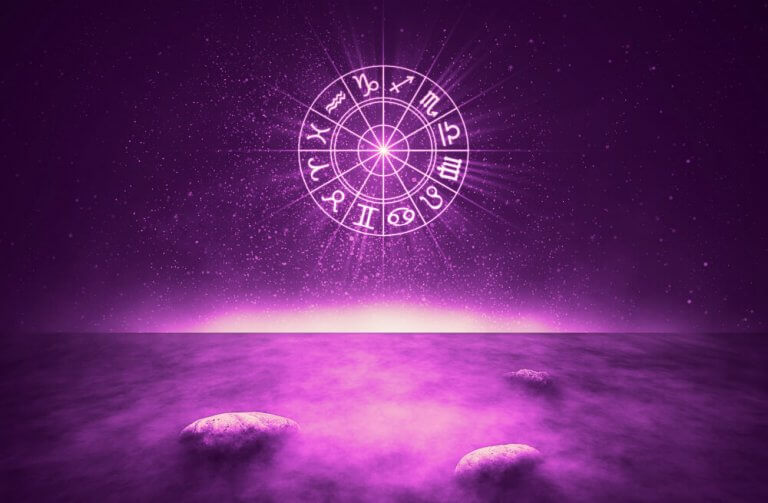 Astrology is a science that has existed thousands of years ago. The people of that time knew the significance of the order and cosmic harmony in the Universe. The effect of stars and heavenly body on our souls did define us and described our way better. The zodiac signs associated with these signs have been known to possess some common personality traits. Following are the zodiac traits of the astrological signs.

Aries, the lamb, can be described as having an unwavering potential for adventure. They are not chained to the societal norms, but they are like a bird who learned to fly. They are courageous and determined. Aries will never hold back from their goals and will work till no end. Hurdles do not stop them from striving towards their aims. These powerful Zodiac traits make Aries a perfect pick for leaders, business executives, lawyers, etc.  Aries woman tends to be very attractive and are sensual but with a strong temper.

For anything to exist in harmony, it must be in equilibrium. Aries with its strong personality always has negative traits. Since mentioned that they can be stubborn at times and aggressive with a strong temper. Hence, if these negative traits are countered with careful consideration Aries then can-do wonders.

While Taurus might be known as the hot-headed bull. They are people who seem to have an introverted personality, but they are quite reserved. Their shyness must not be mistaken for their ability to help people and uplift the human soul. Yes, that’s right, Taurus are generous, and you could always trust them as a friend. They are caring and tend to add value to any relationship they are in. The important fact about Taurus is that they are self-conscious. This awareness about their own self is a very rare trait in many zodiac signs. This can make Taurus stand out amongst the many zodiac traits.

Taurus creates a whole new world inside their head, and their self-knowledge might cause them to be ignorant at times. They can also be possessive at times and would fear of letting things go. This also is true for relationships.

When it comes to Gemini, they are the most emotionally intelligent people. They have a strong sense of feelings and can know anyone’s mood right away. In Gemini, you will find good friends.

Like their zodiac element air Gemini always is aware of their cherished freedom and doesn’t risk it at all. The Zodiac Traits of Gemini have creative vibes associated with them and good communications skills. They also have a strong sense of humor and certainly have mastered the art of conversation.

The two-face theory about Gemini is famous. It is considered that Gemini has a dual nature when it comes to dealing with people. As the Japanese saying goes that we have a mask for each and every situation and people in your life. Similarly, Gemini when dealing with people who they care about will put on a different mask.

Cancer positive traits include caring nature at the top. They are careful in making relationships, but when they do, it surely lasts a lifetime. They are highly adaptable to circumstances and take risks to secure what they desire.

Cancer is creative in nature, and their imagination is what causes them to stand out among others. Their ideas baffle the other person and this way they can easily manage to convince people. They are adaptable to any environment they are put in.

With nice and caring aspects of cancer personality trait comes some negative influences too. They are not only suspicious but insecure. Being moody is their nature, and well that brings the pessimistic side of their personality.

Leo is a natural born leader. They possess the ability to stand amongst the crowd and inspire them. Their creative nature and excellent problem-solving skills allow them to take decisive measures in difficult circumstances. They have a positive aura surrounding them because of their kind nature. They are not only loyal to their cause but to people too.  They act with total honesty, and their energy revolves around being truthful at all costs.

Though Leo might have many positive traits to their name, they also have a negative side to it. They are highly opinionated and stubborn. Their ego comes in the way of their decision, which is a negative zodiac trait.

Virgo is also known as realists. They do not aspire for goals and know where they are headed. In their head, everything Is crystal clear. Virgo positive traits include smartness and intellect. They have strong intelligence, which helps them tackle the difficult circumstances in life. For Virgo life is not grey but black and white. They are good at communication and express themselves exuberantly.

Virgo negative traits include being judgmental and over critical. They can be pass on harsh critique on whatever they are talking about. They do not sugar coat anything but rather tell their fixed opinion. Which many people find as a negative trait.

They are considered as cheerful people who are always gentle. The subtleness in their personality is a dominant zodiac trait. They make those around them happy. Libra’s have a charming personality. They are creative and have a strong sense of solving problems but what makes them stand out amongst others is their ability to always think about not to hurt others in doing so.

They are the most ambitious people of all the zodiac signs. They aspire for goals and their extensive focus, and hard work makes them do wonders. Success is a natural thing for them. Scorpio attracts success like a magnet attracts another magnet. They are highly intuitive and act on their objectives. They are brave and fight through difficult situations.  They always maintain balance in their life, and they don’t overdo things.

They have a lack of building trusts with people and often gets jealous a lot. Their behavior might get violent at times, and this is a negative trait they need to suppress.

Sagittarius always aims for the truth. Their personality revolves around being right, true and accepted. They have an exciting personality, and positive traits include enthusiastic nature and intelligence. They have exceptional skill in the art of conversation and can add a great deal of information to a conversation. They can impress people around them and make them happy with their cheerful talks.

Sagittarius are careless in nature, and this negative trait drags them down a lot. Their critique can affect someone without realizing and this might cause problems in their relationships.

Capricorn too is realists. They always decide when there is logical evidence in its support. They do not fall into traps and are highly self-aware. They judge each and everything to its core and tried to grasp its essence fully. They are not only wise but are sensitive to terms and maturity is what they innately possess. They are disciplined and behave in a kind manner winning hearts of other people with their sincerity.

Since Capricorn aspires for their goals and never settles down, they find it hard to go against the odds and hence become pessimistic. They sometimes act like they know-it-all while having no prior knowledge.

When it comes to friendship, Aquarius ranks on top. They are loyal and trustworthy. They give a lot of dedication to their relationships. They are invention seekers and tries their best to present something new to the world. Some warmhearted people can restore your faith in humanity with their personality and attitude towards people.

Unpredictability in their nature can be a drag. Since they give their best to relationships if they get too unpredictable, it causes suspicion and mistrust. They also are uncompromising at times and are fixated on their stance.

They have a nice philosophical side to their personality, which allows them to see things with a different lens.  They can amaze people with their talks and their charisma. They are naturally born mystics and always tend to help people in need. This is because they are compassionate and share the hurt of other people. These positive zodiac traits make Pisces artistic in nature.

Sometimes philosophy can drag a person deep into a void. Pisces have a feeling to escape reality and despise living at times. They can be overly trusting and dependent which is why they are prone to get hurt more often.

All in all, it is obvious how astrology can accurately describe the constraints of a person’s personality regarding their zodiac sign. Thus, proving the importance of astrology in defining aspects of life.