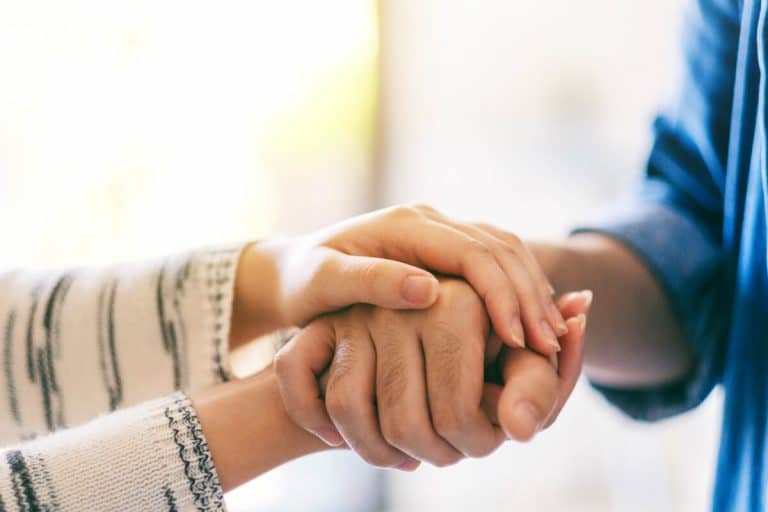 Forgiveness is defined as “the intentional and voluntary process by which a victim undergoes a change in feeling and attitude regarding an offense, lets go of negative emotions such as vengefulness, with an increased ability to wish the offender well.”

If you are going to forgive ensure that you are sure because you often hear that expression, “I forgive, but I don’t forget.” Sometimes people just can’t let go of the past, and it will become apparent quite quickly. Everyone’s got some problems, everyone’s made mistakes, but some mistakes cost us more than others. There are some things we do that we can’t take back with an apology. Everyone is different about forgiveness. Let’s look at how each of the zodiac signs deals with forgiveness.

Aries will certainly show anger and frustration about the situation. They will need space from you. They will need time to process. Aries is no saint so they likely know how it feels to want to be forgiven. If you are honest and come clean about everything, Aries will listen to you and they will likely give you a second chance. Aries knows that people aren’t perfect, but they will expect better. They will expect to see a change in character. They do have some deal-breakers, especially when it comes to work and relationships, Aries has high standards. Aries wants you to impress them. They don’t mind coaching you, but they want you to take that coaching and flourish with it. If Aries is presented with the same problem over and over then they might be obligated to cut a tie loose.

Nobody can stay silent as long as the Bull. Taurus will hold out on a person until the cow comes home. Full of thoughts, Taurus will say nothing to the person they are mad at. They will ignore them full on. If confronted Taurus will just walk away. Taurus does accept apologies, but Taurus takes time to get over shit, especially if they got hurt in the process. Hurt Taurus too bad and they won’t come around. Taurus has a lot of pride and if you bruise that then you’ll likely pay for it. Taurus probably has some very loyal friends who feel the same way. It really depends on who it is and how sacred the bond is. Taurus can be light-hearted or they can be serious, it just depends. Though, they are the time to forgive and not forget. Taurus is often the vault that buries everything with them. If they have an enemy, it is known. Taurus always prefers it if you were on the same page as them then with that enemy.

Gemini can get annoyed by the wrongful things that people do and things that people say, and they will express their frustration by venting to whomever. They will seem stressed about it at the moment but get over it quickly. If there’s a sign not to hold it against you forever, it’s Gemini. Gemini can’t be bothered by the drama for too long likely because they have moved onto something else. It’s not to say that Gemini doesn’t have boundaries, they do and if those boundaries are crossed Gemini is inclined to stay mad for a lot longer, it really depends on the situation at hand. Regardless, it is the Gemini nature to let stuff go as opposed to holding onto it. Gemini likes to move forward instead of look back and dwell. Mind you if it’s it’s really bad Gemini will certainly stay mad at you.

When Cancer is mad they are very emotional. They are the type to block you and delete you from their life thinking that there is no chance for forgiveness. Cancer can be impulsive and very protective of their feelings. If you hurt them, they will feel like they want nothing to do with you. Open to apologies that are sincere, Cancer may let you back in again, but they will be cautious this time and may tread lightly with you. Cancer will be crabby and treat you like you can’t be trusted. It will take time to earn back their respect. A lot of kind, forgiving words and promises that you will work to change your behavior. Over time they will ease back into you and trust you again as they did. Cancer is just very afraid of getting hurt in general.

If you really hurt a Leo that might just be the end of it for good. If Leo saw you in a good, great light and then you betrayed their trust, Leo may never trust you again. Leo might be cool with you, Leo might give you a hug, but Leo doesn’t want you close to them in the same way. Leo is very fragile. Once you shift on them, it’s hard to get back to the places you started from. This isn’t always the case, I’ve known Leos to forgive cheating partners, abusive partners, and sketchy friends. I’ve known Leos to befriend their enemies. Leo is full of forgiving energy, but it all depends, how deep was the wound? Does making friends benefit Leo in the end? It falls on the situation and time, as a Leo can change their mind, but they certainly require a whole lot of space first. It’s about timing and when it works for Leo to make the relationship repair.

This is a mutable sign so there are forgiving Virgos, but for the main front, Virgo is a “forgive don’t forget” kind of sign. Meaning, they say they forgive you, but they really don’t, and they really don’t trust you. Virgo will always remember when you were terrible to them. They know what you’re capable of and can’t just put it aside. Virgo is very stubborn and often doesn’t think they are wrong in situations. Even if you have a valid excuse for your actions it still doesn’t take away from what you did. Virgo will want you to take responsibility and ownership. They will want you to act like you are sorry and not just say that you are sorry. It takes them a long time to get over it, but it is possible for them to move on, but they respect a good, honest sincere apology.

Libra has its limit as everyone does and they will walk away if things get too heated, but they will tolerate a lot. Libra does not want to rock the boat. They’d rather stay together in harmony listening to music dancing away joyfully. Still, Libra can’t stand directly rude, wrong, mean, or spiteful people and will have their say if injustice is taking place. Libra wants things to be fair. They might take a lot of space from you before considering forgiving you, but they will likely want to talk it through by the end of the night. Libra doesn’t like to leave things crusty and would rather resolve matters respectfully. If Libra is really upset in a situation, they will just walk away from it, leave the event and go home. It’s not in them to make a big scene, but if a big scene occurs, Libra won’t draw more attention their way. Libra hates when things are unsorted or feel strange in the air. Libra would rather say sorry any day than deal with unnecessary drama.

Never do wrong by a Scorpio. They will probably never forgive you. There is a rare type of Scorpio that is forgiving and rarely fights with anyone, but the rest are jealous and super unforgiving. Scorpio can’t let go of the hurt you’ve caused them. They can’t let go of what you did. They will try to put on a front, but deep down that Scorpio still holds you accountable for what you did. You still owe for that and they will give you the silent treatment indefinably. With Scorpio, it takes a lot of time and perhaps many talks (though It’s hard when they won’t actually talk to you) until things can reach a place of resolution, but still, it is safe to say that if you are badly wrong a Scorpio your relationship will never be the same again. There will always be this dark memory looming over you and it will be hard to mull over that. Especially since trust is so important to Scorpio it’d be surprising if they could treat you the same as before.

Capricorn tends to lead with their kind bones and doesn’t like beef. If you hurt them deeply it may take the time to forgive you, or they may not forgive you at all depending on how bad it was. They might look tough, but Capricorn is a sensitive creature and if you hurt their ego too badly it might not be able to repair. Capricorn might shy away from you, afraid that you will hurt them again, but don’t underestimate them. Capricorn might back off at first, but if you really strike a nerve, they will bark back and It will be big. Capricorn certainly has bite so do not test them.

Aquarius doesn’t really want beef, but if you ride them the wrong way they will be mean and stern. Aquarius will set the boundary with you and if you break their trust and they give you a second chance it will take a lot for Aquarius to fully trust you again. Aquarius would rather have a fully clean slate with you. They don’t want to have reasons to doubt or to question you. Aquarius goes out of their way to make it so they don’t have problems with anyone and when they do, they often look to see the good in the situation. Even when someone has done Aquarius wrong, they can usually still see the silver lining. Big acts of betrayal don’t go over well and can certainly turn the Aquarius off of you for good, but usually, all it takes is a little time and a little distancing, and Aquarius has made their peace with you. If they don’t care for you, they don’t fake it, but this is not a sign that is looking for enemies and usually sees the good in everyone.

Pisces is probably the most forgiving sign in the zodiac because they know what it feels like to see forgiveness themselves. Pisces worries so much about their interpersonal relationships. They just want everything to be okay—with everyone. Sometimes it seems like they’re always a problem with someone. Pisces is used to losing friends and feeling like It was their fault. They are almost too forgiving. Sometimes Pisces says sorry when it is not even their fault. They simply crave resolution. They are resolution junkies. The bar is high in terms of what Pisces wouldn’t forgive. This is a selfless sign that just wants to be validated by others, without this validation, Pisces feels like nothing. Pisces is constantly sorry, some of them are even apologizing through their body language. Pisces, you don’t have to be sorry for being yourself. Get a backbone. Stand up for yourself. Know that you deserve to be treated like an equal and don’t take the blame for others.