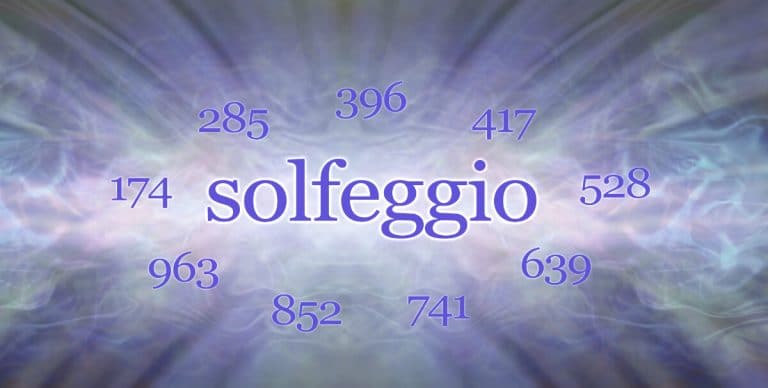 Solfeggio Frequencies go back to ancient times and using them can unravel the mysteries of the universe. Since they’ve been rediscovered by modern western cultures, they have become one of the hottest New Age topics. They are used in holistic healing and they promote peace and love. This is a deep topic with many layers and offshoots to explore. The more you learn about Solfeggio Frequencies, the deeper you’ll want to delve!

What Are Solfeggio Frequencies?

The healers and religious figures of the ancient civilizations used Solfeggio Frequencies to perform miracles, heal people, and bless sacred objects during ceremonies. It was widely accepted that these frequencies had special powers. For a long period of time, the Solfeggio Frequencies fell out of favor and new musical scales were used. However, the greatest things in history have a way of resurrecting.

What Are the Health Benefits of Solfeggio Frequencies?

How Does Each Solfeggio Frequency Help You?

There’s no need to buy an anesthetic if you play the 174 Solfeggio Frequency! It will rid you of pain and reduce your stress at the same time. You’ll feel your body go into a pleasant relaxation mode. After a few minutes of the 174 Hz frequency, you’ll begin to feel safe and nurtured.

The 396 Hz Solfeggio Frequency helps you eliminate fear and feel less guilty about things. This one is great if you’re having trouble accomplishing the goals you set because fear and guilt are the two most common obstacles. You’ll also just feel happier in general.

If you’re carrying around baggage from your past, the 417 Hz Solfeggio Frequency will help you wipe the slate clean! That negative energy that’s been weighing you down will be gone, and you’ll be able to start anew.

The 528 Hz Solfeggio Frequency affects how water molecules cluster in the body helping to draw impurities out. Most famously, this frequency is known for repairing DNA! It’s also associated with fostering a general feeling of love, harmony, and well-being.

The 639 Hz Solfeggio Frequency helps you build better communication skills and enhances your tolerance and understanding of personal relationships. If you’re having problems with friends or family, this frequency with giving you the strength and skills you need to make your relationships better.

This is the detox frequency! Helps you rid your body of electromagnetic radiation so if you spend a lot of time on the computer or near the TV, the 639 Hz Solfeggio Frequency can help. It will also help you remove other toxins from your body, including your brain so you’ll feel more composed.

Some psychics use the 963 Hz Solfeggio Frequency to open the crown chakra. This frequency speaks to the pineal gland directly which is responsible for controlling powerful hormones like melatonin. This can help regulate your entire endocrine system and help you meditate better.

More About the 528 Hz Frequency

Dr. Leonard Horowitz calls the 528 Hz Frequency, the “Love Frequency.” This is because this Solfeggio Frequency in particular, and really all the Solfeggio Frequencies, connects us directly to nature. There’s even a movement afoot to change the broadcast standard of all music from 440 Hz to a 528 Hz frequency. It has been shown that the 440 Hz makes people more aggressive and anxious, good for creating a culture prone to war, whereas the 528 Hz frequency promotes peace and harmony. Could world peace really be that simple?

What’s the Connection Between John Lennon and Solfeggio Frequencies?

John Lennon was an anti-war protestor who was known for exploring ideas from all over the world. It turns out that his famous song, “Imagine,” was tuned to 528Hz, the “Love frequency!” This proves that John Lennon had rediscovered Solfeggio Frequencies long before the current fascination with them. It also means that the love in John Lennon’s heart that he poured into his music is even more powerful every time we hear that song.

With any holistic therapy, there are always detractors who call into question the legitimacy of the therapy. Some even go beyond this and claim there is some kind of danger associated with holistic therapy. There are a few people who seem to be screaming to the high heavens that listening to Solfeggio Frequencies for an extended period of time is dangerous. Is this true? Are Solfeggio Frequencies safe? Let’s explore what these frenetic skeptics are claiming.
Basically, they claim that listening to any note above 33 Hz for an extended period of time is dangerous. There are anecdotal reports of people and pets becoming highly anxious, depressed, and unable to sleep after listening to Solfeggio Frequencies. Some people say they don’t dream if they leave Solfeggio Frequencies playing in the background. Others report nightmares. However, if you really dig into the details, beyond the so-called “dangerous” claims,” no one seems to be claiming anything more serious than what’s stated here. Furthermore, the vast majority of people report positive results with Solfeggio Frequencies and seem motivated to recommend them to other people as very effective sound therapy.

Of course, you probably shouldn’t leave the volume up too loud or just about anything type of sound, Solfeggio Frequencies included, could make you anxious. Bottom line, you can always just stop listening to Solfeggio Frequencies if you experience any negative side effects and there doesn’t seem to be any major risk to trying them.

We use cookies to ensure that we give you the best experience on our website. If you continue to use this site we will assume that you are happy with it.Ok