Retrograde motion is an interesting phenomenon in astrology practice.  The term describes an optical effect that occurs when one body is moving faster than another body and, from the “view of the faster body, the slower body to appear as if it is “moving backward.”  This periodic “change in perspective” means something interesting and useful in astrological practice.

Uranus is a generational point that deals with the revolution(s) of that generation. It moves through a sign roughly 6 to 8 years, making a cycle at 84 years.  One of the most significant transits in our lives occurs when Uranus opposes itself between 41 and 44.  The Uranus opposition is a natural moment in the human life cycle to experience Kundalini energy rising up through the body’s chakra system.

Since most people in western culture are only recently learning about the chakra energy field, the experience is usually quite shocking and commonly identified and experienced as a mid-life crisis.  Known at its best as the point bestowing wisdom, Uranus often provides “future sight” for what will revolutionize an individual or a culture.  In its shadow, Uranus can manifest in erratic and unpredictable behavior, snap judgments, and emotional “short-circuiting”.

In Taurus, Uranus focuses on revolutionizing the land, our security, finances, and agriculture.  During this transit of Uranus, one can easily wonder if we will be buying groceries with bitcoin or finding driverless cars in our local auto dealerships.  Could we see an even more progressive move to tiny housing, the restructuring of communities, and significant leaps in technology related to farming and food production?

Since Uranus is often associated with “lighting strikes” and sudden changes, and it is now in the premiere earth sign connected to the land, it is possible we will experience more severe weather patterns, especially storms, that could have a dramatic impact, forcing local as well as global migrations.  These potential external shifts could ignite new wisdom about the environment or lead to panic, most likely some of both.  Choices individuals and governments make can tip the scales one way or the other.

When Uranus is direct, the areas of life ruled by the sign it is in can move very rapidly through multiple changes.  At the global level, we are likely to see swift and dramatic changes in climate and landscapes due to Uranian actions involving sudden and severe weather patterns.  When the energy goes retrograde it can often be “the calm before the storm”, which we should use to gather resources and “get prepared” for potential unexpected changes in our security.

Uranus in Taurus is going to represent some dramatic changes in traditional expectations and patterns in life and society. Breaking “things” up that have held together for some time will occur over the span of this entire transit, from 2019 to 2027.  It is likely that the European Union will experience its first break now that the English Conservative party has won a full majority.

The words “civil war” are being used in the United States, suggesting that the current polarized political climate could lead to actual and real talks about secession by states into individual countries.  How likely is such an outcome; perhaps as likely as England leaving the EU in 2015.  If the new norm was globalism, then the radical behavior would be tribalism.  Before, the norm was tribalism.

The last time Uranus was in Taurus was between 1935 to 1943, a truly significant period of change with regard to the “norm” of the planet.  Unlike World War 1, which did not have attacks on the lands of the US or Japan and stayed largely isolated in Europe, the Middle East, and Northern Africa.  World War 2 was much more the actual global conflict because of the attack on Pearl Harbor (1941) and bombing raids on Japan (1942-1945).

The final result of World War 2 was the emergence of the United States as the first superpower and the beginnings of a more binding global economy as the best inroad to world stability (if not peace).

Uranus will turn direct at 2 degrees 38 minutes of Taurus, making the Sabian Symbol 3 Taurus. In his book The Sabian Symbols, Jones gives 3 Taurus the following symbol, “steps up to a lawn blooming with clover”.

He says, “This is a symbol of the indomitable outreaching of the human spirit on the side of a possible and profitable co-operation with the natural universe, and of man’s intuition of divine reality as he entrenches himself in beauty and order.”

The keyword is HOPEFULNESS.  And, “when positive, the degree is a creative optimism brought to embrace every facet of everyday striving, and when negative, unwarranted self-indulgence and disregard of all practical reality through concern over the phantasmal and impossible” (182).

Considering the polarizing energy at work at all levels of society, it is very likely that we see groups of people attempting to find innovative solutions to current social, economic, health, and technological problems while a large number choose to willing “stick their heads in the sand” and pretend the problems are not significant so long as they can indulge themselves however they want.

It will be the wisdom of change running into the resistance to change in stark and dramatic fashion. 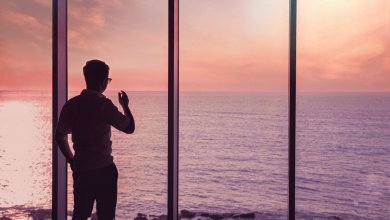