The Value of a Personal Altar

Home » Blog » Personal Growth » The Value of a Personal Altar 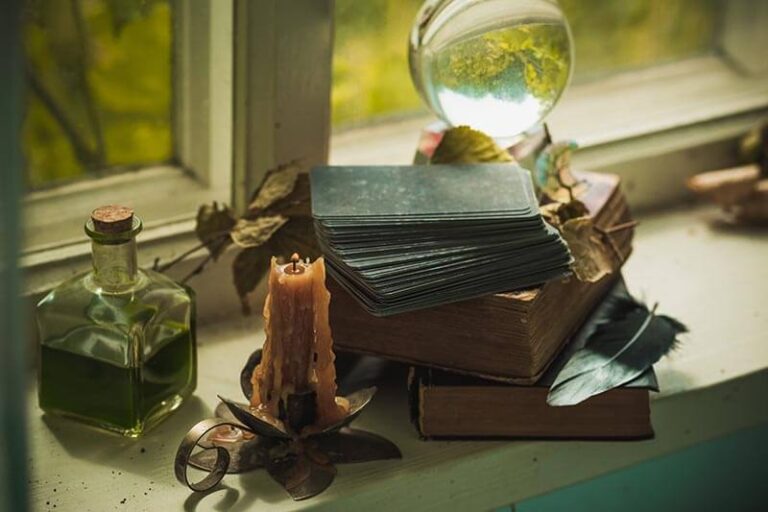 Traditionally, an altar is defined as, “a table or flat-topped block used as the focus for a religious ritual, especially for making sacrifices or offerings to a deity.” In more modern times an altar is a place to focus your energy with spiritual objects, which should be reflections of the full range of your spirituality. Some objects may be quite valuable and “serious”, while others might be fun and “light-hearted”, but still spiritually important.

The altar can be plain or ornate, it can be a simple, single flat surface; an ornate, roll-top desk; or a bookshelf. You can drape it with cloth or leave it unadorned. The altar itself, along with the objects on or inside it, should reflect you and your spiritual journey. Your altar can be in a public or private space in your home. It can be helpful to determine which direction, using Feng Shui, is your strongest direction. Mine is West, so I face West when looking at my altar.

Objects for the Altar

I think it will be easier to show you my altar, which is in a public space in my home office. Since I make my living as a spiritual advisor, my altar resides where my business is conducted. I have a book cabinet that I use that has numerous shelves. It has been filled up over the years. Starting at the top:

On the very top of the altar is a unicorn, my primary spirit animal. Beside it is a salt lamp horse my wife found for me. My name, Philip, means “lover of horses”. On the first shelf below the top is my Certificate of Ordination for my priesthood (Order of Melchizedek). On the left is a statue of Isis and on the right is a statue of Athena, two primary goddesses on my spiritual council. In the middle are two wolves, also spirit animals and representatives for my marriage. The scarab in front of the wolves is a sacred symbol of immortality, resurrection, and transformation, which connects with my astrological rising sign, Scorpio.

On the next shelf down, I have three boxes, each containing important items I have collected over the years. The crystals on this shelf and the one below “power” the alter and keep its energy charged and flowing. Another scarab sits on the shelf with the boxes. The clock with the drawers is a first-year modern anniversary gift for my marriage, and the owl is another symbol associated with Athena. Each drawer under the clock has items that are sacred to me.

The next shelf down has numerous items representing India, China, and South Africa. The gold foil $100 dollar bill is for abundance in my business, as well as the abacus that is sitting behind it. On the next shelf down is another box that contains the very first tarot deck I purchased (1989), The Mythic Tarot, as well as numerous Wonder Woman collectibles and a Captain America tin my stepson brought me from China. These items are important to me because comic book collecting was a very significant part of my life from age 9 to 21. The small round wood cylinder is a shaker, with pellets inside, which I use to clear energy with its sound. The black stone absorbs any negative energy that gets into the room.

The final shelf contains the two other decks that I use for personal readings, only for myself or my family members. One is the Rohrig Tarot and the other is Philosopher’s Stone Oracle.

On the very bottom of the shelf is a small chest with items from the people who were important in my life that have passed away, my father, maternal grandmother and grandfather, and my paternal grandmother. There are also personal items from my youth and gifts of art from my daughter.

Your Altar as a Source of Power in Your Life

Adding an altar to your home or office space, small or large, is an important way to focus your energy, add to your power, and create a source of protection. An altar is one of the best ways to honor your sacred journey through life.