The Spiritual and Emotional Challenge of Virus Fatigue 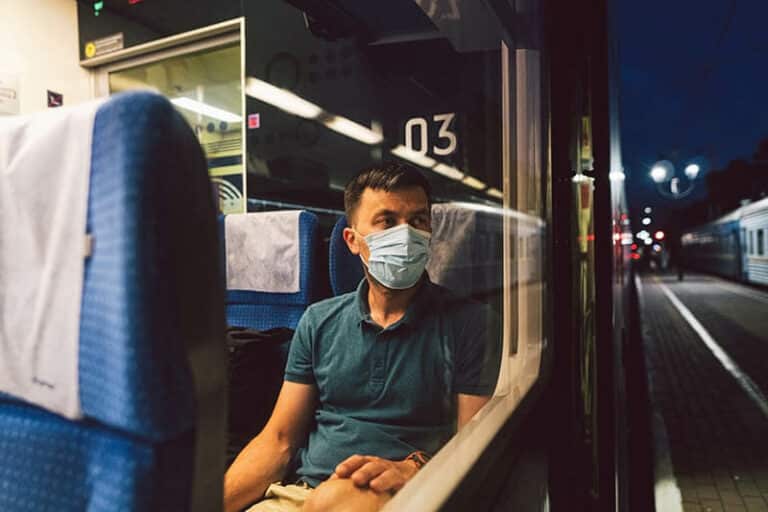 Nothing is harder on an “immediate gratification” society than delay or loss of gratification.  In so many ways the pandemic is making life “unsatisfying”.  Real restrictions and limitations are being forced on large segments of the world population and many want the whole situation to “be over”.  Even with the vaccines being deployed, humanity will have to endure a long period of impact and recovery that is unlikely to abate any time soon.

In some historical accounts, the Great Depression ended in 1939, according to economic measures that define a depression and when the system is out of one.  World War II began in 1941 with the bombing of Pearl Harbor, which brought the United States into the war; previously it had been watching events unfold from abroad.

Now, the image being a youth or young adult spanning this time period.  Sixteen years of constant economic uncertainty and military strife is largely unimaginable in our modern era.  While there have certainly been upheavals, wars, and economic strains since 1945, none of them have been as comprehensive as what happened in the years between 1929 and 1945, or what is happening now.

The Spanish Flu and the Black Death (Bubonic Plague)

Similarly, the Spanish Flu raged from 1918 to 1920, killing one-third of the global population.  And from 1346 to 1353, the bubonic plague (known as the Black Death) remains the deadliest pandemic in human history.  While the psychological and spiritual impact of each of those periods were severe, the mentality surrounding hardship and death was decidedly different than in the current era.

The Good Old Days Were Not

Not only do we have longer lived, but also freer ones. In the book The Good Old Days: They Were Terrible! by Otto Bettmann the back cover explains:

The Good Old Days—were they really good? On the surface they appear to be so—especially the period to which this term is most often applied, the years from the end of the Civil War to the early 1900’s. This period of history has receded into a benevolent haze, leaving us with the image of an ebullient, carefree America, the fun and charm of the Gilded Age, the Gay Nineties.

But this gaiety was only a brittle veneer that covered widespread turmoil and suffering. The good old days were good for but the privileged few. For the farmer, the laborer, the average breadwinner, life was an unremitting hardship. This segment of the populace was exploited or lived in the shadow of total neglect. And youth had no voice. These are the people, the mass of Americans, whose adversities this book attempts to chronicle.

Similarly, the book Good Old Days, My Ass by David A Fryxell states similar terrible facts with a cloak of humor:

Welcome to the Not-So-Glorious Days With the uncertain economy, lingering wars, and the ever-present threats of everything from bird flu to Bieber Fever, it’s tempting to long for the “good old days.” But just how good were they? Buckle up for a bumpy ride down memory lane (and try not to get trampled) as these 665 funny history facts and terrifying truths reveal the unfortunate reality of life during the eighteenth, nineteenth, and early twentieth centuries. From patents that should still be pending to hairdos that attract vermin, these horrors will leave you thankful you didn’t have to struggle to live through them. Brace yourself as the truth hits you like an ice-cold Victorian-era shower with enough pressure to knock you unconscious. Get ready to shudder with laughter (or horror) at these funny moments in history that are not to be forgotten.

We do live in our own struggles and they meet the definition of our times, but some exploration of history can provide insight that may help lessen our fear and frustration with the additional perspective that books like these can provide.

People may get tired of masks, social distancing, and a new level of health and cleanliness vigilance, but the virus counts on human inconsistency, arrogance, laziness, and wishful thinking to help keep its spread ongoing and strong.  It is not that we will not have days, and many of them, when we will feel “put upon” by the virus and the consequences that follow, both in terms of health and physical suffering and erratic, chaotic, and inconsistent human choices.  We will have them, and many more are ahead, which is why, from a spiritual and emotional standpoint we need to “fortify” our souls for a much longer haul than we would like to acknowledge or accept.

We are collectively caught in global grief moment, moving through the strains of anger, denial, bargaining, and depression to reach acceptance.  The sooner each of us gets to acceptance, the more settled and safer we will feel even if the world remains unsettled and unsafe around us.  So, what must we accept that will help us spiritually and emotionally?

First and foremost, from a spiritual perspective, we must choose to accept that we chose to be here.  Every soul is part of a large collective attempting to understand every aspect of three-dimensional existence, which cannot be achieved in a single lifetime, which is why reincarnation offers one of the best explanatory models for consciousness and the fragmenting of human existence into so many different positive and negative stories.

Second, if we acknowledge that the virus is a catastrophic event, then those of us who do so can begin to adjust faster and more securely than those who do not.  Reality has a way of winning out in the long run, which is why I began this article by talking about the duration of previous pandemic and global events.  Adaptation is key, and the faster you can adapt, the safer you will be.

The fatigue is the new norm.  What we measure as fatigue might be best shifted and understood as the new norm.  We are changing how we interact with each other, how we think about travel, work, and health.  And it is always harder to face the tyranny of fewer choices than the tyranny of too many choices.   We are collectively caught up in “remember when …” and can feel the loss of things we took for granted or thought of as “normal”.  Normal is just another construct in human existence that changes over time, but not something we see as a construct when we are in “our” normal.

Spirit of the Dog

How to Make up After a Fight with Each Zodiac Sign