Soulmates vs. Life Partners – All You Could Know About Them

Home » Blog » Love » Soulmates vs. Life Partners – All You Could Know About Them 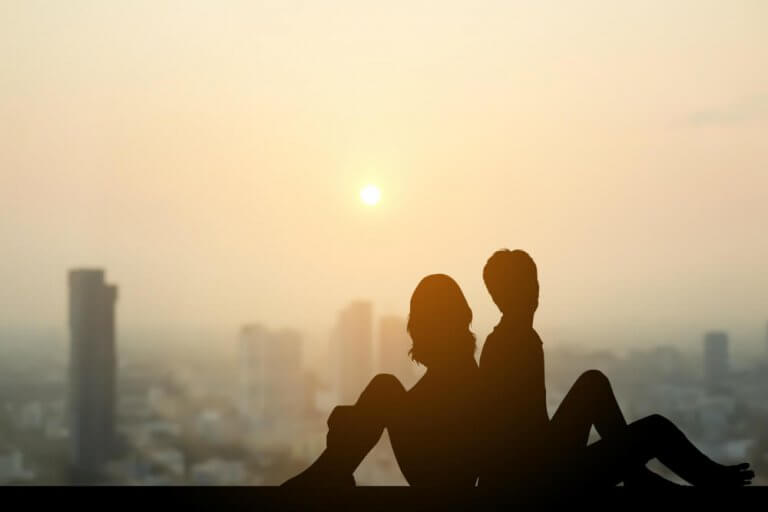 Life has its own ways of putting people in a certain direction and on certain paths. Pairing them with a soulmate is one of the ways it gets to do it efficiently, making sure that one is not alone in the challenges being thrown at him or her. With that kind of resolve, knowing there is someone to look back to or come home to, even after a tiring day out in the dust, humans tend to find motivation in life.

Often, the term soulmate can get confused with another commonly used term, which is that of life partner. In this article, let us help you out in finding the difference between the two, and how to work your way into finding out which one you require in life.

What is a soul mate?

If you think the answer to the question of what is a soulmate is pretty simple, then think again. Soulmates are, simply put, the other half of yourself that you need to find in this world. There have been various definitions to this term, and they tend to follow their own respective directions. Let us go on and tell you all about them so that you not only get to choose which one resonates the best with your heart but also use the following methods in finding your true soulmate.

The Aspect of Life

The aspect of life is simple. First, you need to admit that spending this life alone is a pretty difficult job. Doing everything on your own and having no one to back you up or motivate you against the rising tides of life, can be pretty stress-inducing. To counter this, we look towards the life aspect of finding a soulmate.

In its least complex form, a soulmate is someone who helps you go through all the hardships of life easily. They may not be actively contributing in helping you get out of the debris, but their presence may mean a lot to you since you always know there is someone watching over. It could also be said that the role is that of an extended parent, but a soulmate also goes on to provide physical affection and love, something all human beings crave and require from life.

The Aspect of Life – Soulmate vs Life Partner

The argument of soulmate vs life partner has been long a part of such discussions, and it only fits that we give it due time here too. The clear difference between soul mates and life partners is that of an emotional connection, as most experts would say. Putting it in a simple enough example, a soulmate would truly feel the pain or anger you are going through and try to comfort you with their heart because they truly understand what you are going through.

A life partner, on the other hand, would see your troubles, and realize that it is their duty to help you get out of such a mess, yet not feel it deep in their heart, because of the lack of emotional connection therein. Such examples truly highlight the shortcomings of a life partner when putting in competition against a soulmate.

This is the second aspect that needs to be addressed when it comes to properly define the soulmate theory. We will go on and discuss the implications that life partners have on this aspect too, but later. For now, defining the spiritual aspect is important. Just like a soulmate truly feels the physical pains of their partner, they also tend to have a spiritual feel of their significant other too. This is sometimes not as clearly explainable because of the complexities of spiritual concepts.

However, very simply put, the spiritual connection talks about knowing the other person deeply, sometimes even better than they know themselves. It is not about the physical things again, like their favorite color or their favorite movie. The spiritual response talks of mutual and shared values.

Quoting an example, imagine yourself going out on a date with your soulmate, and suddenly someone appears begging for food. If you can predict the response of your significant other, and both of you have a mutual appreciation of each other for sharing that response, such as feeling empathetic towards the beggar, it is a clear sign that you two are soulmates of each other.

Once again, the same old argument comes up, where one needs to clearly define what constitutes as a life partner, and what as a soulmate. To answer this question better, we need to go back to our example of walking a street with your significant other again.

Imagine a beggar coming up again. There have to be one of two situations occur. If you two are together, yet do not feel a thing, your responses could be totally opposite to each other, or at least different to some degree. One of you may feel empathy while another could feel hate. The other response is self-explanatory of life partner behavior.

Both of you may give something to the beggar out of the need to help him, but may not feel the same from inside. One of you may be doing it just for the other. While such relationships do tend to go on for lifetimes as well, they do not have the happiness that a soulmate might be able to give.

It is a simple enough notion that both soulmates and life partners can be called significant others and tend to have lasting relationships. However, a soulmate is someone who not only knows and appreciates the interests of their partner but also shares the core values that build them both as people and make them working members of the society.