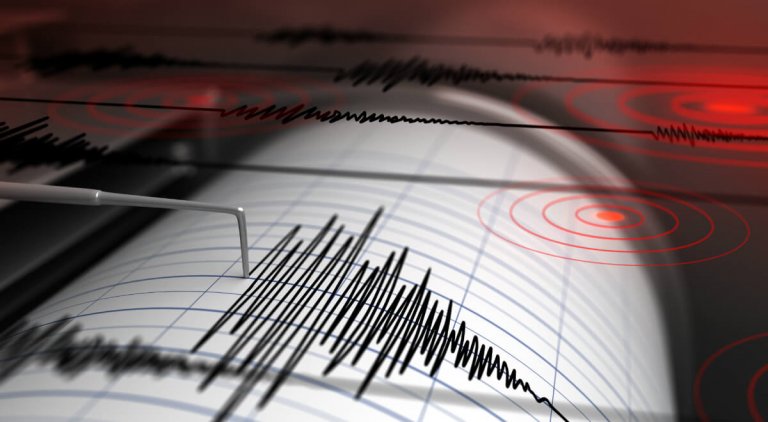 On the evening of June 22, 2019, a 5.6 magnitude earthquake hit the northern California coast in the Petrolia area of Humboldt County. This is a region that is world-famous for growing, selling, and consuming cannabis going back for decades before it was legal to do so. This may be why some people initially thought the colorful descriptions of the 5.6 quake by local residents may have been a bit exaggerated. But were they really?

One resident described the northern California quake as “the longest ride Gaia’s ever given me.” Another resident reported that she and her husband felt a “distinctive swirling motion.” A woman near Redway shared her experience as, “We were outside, and the sidewalk rolled… the trees shook, and all the birds were going crazy.” A woman who suffers from motion sickness told her friends, “It made me so dizzy I couldn’t get out of my chair.” A man reported, “Stuff came flying off the shelves and every cabinet door in the house was opened…. quite a ride!”

Among the various Humboldt earthquake reports, some people claimed that two of them were just too far-fetched. They were similar reports by two different women in two different locations. One woman named Katy in Humboldt County reported, “The crystals swayed for up to 15 minutes after the quake stopped.” Another woman in Mendocino County, the next county down, having read Katy’s report on a local blog, added this, “Rocked Laytonville pretty good. Same here on the crystals still swaying fifteen minutes after it subsided… gotta admit that was weird.”

Were these two women, independent of one another, both saying they observed their crystals still moving for 15 minutes AFTER the 5.6 earthquake, i.e. long after the shaking had stopped? Interesting! These reports seem worthy of further investigation and consideration! For those of us who are interested in charging our crystals with energy, this could be an intriguing method.

Some people put their crystals in sunlight or moonlight to charge them. Others flood them with sound waves by singing to them and or playing drums, flutes, or other instruments. Another method used is to bury crystals in the ground so they can derive energy from Mother Earth herself.

Could earthquakes be a method of charging, even supercharging, your crystals? There are at least four types of energy released during earthquakes:

Do crystals formed in areas that are more seismically active contain more energy? Do they have a special kind of energy? Could this explain why some crystals seem to have more innate potency than others? Could this be why certain ancient people passed down certain crystals?

Soon after the 5.6 quake in Humboldt County, some people argued that a “mere” 5.6 earthquake wouldn’t cause such noticeable effects. However, the growing chorus of reports seemed to indicate otherwise. But… how could this be? The data provided by the United States Geological Service (USGS), released soon after the quake, and then updated several times, started to shed light on how a 5.6 earthquake could indeed produce the powerful phenomenon observed and experienced by the local residents.

Consulting Google Maps, it looks like the two reported epicenters are less than a mile apart and both occurred within one minute. Wow! How many people have actually experienced a double earthquake! No wonder the woman in the chair was too dizzy to stand up!. The USGS also reported a 3.3 earthquake at the exact same location as the 5.6 quake only twenty-three minutes earlier. Talk about a seismically active zone! Were those crystals still moving after the shaking stopped supercharged by the earthquakes’ P waves and S waves?

And there’s more — much more! Just offshore from Humboldt County is the formidable Cascadia Subduction Zone (CSZ). This is where the Juan de Fuca Plate is being actively subducted under the North American Plate. This type of subduction, where one plate is being swallowed under another plate, not only causes earthquakes, it causes MEGA earthquakes. It’s only been in the last few decades that scientists have figured out that subduction earthquakes are often far more powerful, and release far more energy, than the earthquakes formed at continental transform faults like the San Andreas Fault Line.

It took a great deal of detective work to figure out how powerful subduction zone earthquakes can be. The CSZ has been relatively quiet since 1880 when seismic data first started being collected. Thus, in “recorded history,” there haven’t been any 9+ earthquakes in the CSZ. However, scientists have been able to use geological clues to piece together the seismic history of the CSZ. They’ve use clues, like seafloor core samples and fossilized forests obliterated by the tsunamis generated by past CSZ earthquakes, to determine that a massive 9++ earthquake occurred from British Columbia to northern California along the entire CSZ fault line around 1700-1701.

Of course, no United States citizen witnessed this catastrophic event because the United States is a relatively young nation and it had not even been formed yet. However, there were many Native American tribal nations who lived or hunted on the west coast of what is now the United States. Historians have recorded stories of these tribes, passed down through the generations through oral tradition that talks about these massive CSZ earthquakes. For example, there are stories that talk about how all the water in Neah Bay has suddenly washed away and then canoes were hanging from the trees after the water came back with a vengeance and then finally settled down. There are stories about the “thunderbird” fighting the “whale.” The remarkable thing about these Native American stories is that different tribal nations, who were historically located in different areas of the west coast, all tell similar stories about the CSZ earthquakes and resulting tsunamis, just interpreted in a different way.

The science backs this up and corresponds beautifully to these Native American stories. Dr. Chris Goldfinger is a geology professor at Oregon State University and runs the Active Tectonics and Seafloor Mapping Lab. He is considered one of the world’s foremost authorities on subduction zone earthquakes and tsunamis. He and his team have taken seafloor core samples that show the history of seismic activity in the CSZ going back for 10,000 years. He and his team have shown that during the last 10,000 years, there have been 41 major (8.0 or higher) Cascadia subduction zone earthquakes. Moreover, 19 of these CSZ earthquakes were 9+ and occurred along the entire length of the CSZ zone (from British Columbia to Mendocino County). These 9+ earthquakes were so powerful they had enormous effects on the inland areas too, heading eastward past where I-5 is today!

Given the backdrop of these scientific facts, the colorful stories reported by local residents seem highly credible. With this in mind, we turn back to the reports by two different women that their crystals continued to “sway” fifteen minutes after the earthquake stopped.

Some people may believe that crystals drawing energy from earthquake energy is “hocus pocus.” However, understanding the different forms of energy produced during an earthquake, the complexities of that energy, and the energy flow patterns is a scientific field that is still very much in its infancy. It is reasonable to assume that those of us who study metaphysics, as well as the metaphysical knowledge base of ancient peoples, have more insight into the effects of this energy than those who rely only on data produced by hardcore science.

Where to Find the Crystals?

If we wanted to test the power of crystals that have been exposed to subduction zone earthquakes, where would we find them?

How would we find crystals that were formed in the most seismically active areas of the world?

The Cascadia Subduction Zone is a long segment of an even bigger geological phenomenon that geologists call the “Ring of Fire.” This Ring of Fire is a large geologically volatile ring that basically surrounds the Pacific Ocean. It is also the most seismically active region on Planet Earth. It runs from the area around New Zealand north through the Indo-Pacific region (including Japan and Indonesia) and then around to Alaska and then south along the west coast of North and South America. As one plate is subducted under another, the rock becomes molten and some of this hot molten rock then pushes up through the upper plate and forms volcanoes.

Since seismic data started being taken in 1880, the largest, most energetic earthquakes on Earth have occurred along the Ring of Fire. Here are some examples:

Let us know what you discover!