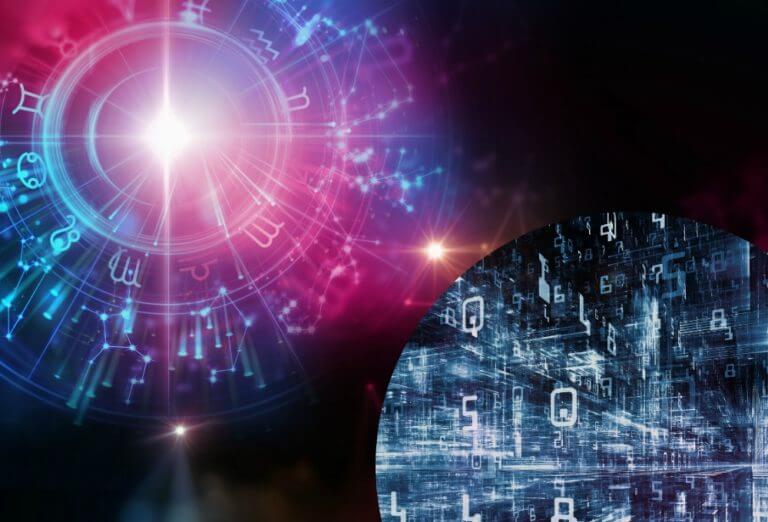 We have always been keen towards the workings of the world; it is our innate curiosity to learn about our future and find out what it has in store for us. This inquisitiveness about Future is what makes Astrology and Numerology so popular. There always comes a difficult choice to choose whether which one of the above two bears the accurate result. Can numerology ‘The Science of Number’ predict, suggest or give options about your future? or is it simply Astrology ‘The Science of light’?

The debate between Astrology and numerology has existed since the advent of time and the beginning of sciences. Astrology is associated with the arbitrary position of the sun. Also, with other celestial objects in the sky at the moment of birth and their overall effect on personality and Human life.

While Numerology accounts for numbers, which when added up tells about its effect on a human’s life and character. Astrology and numerology are the reflections of the same theory but with a different practical approach and mostly ensuing same results.

What do they actually do?

Before exploring that avenue, we must know that their influence on life is different all together which means we can’t really judge any but can surely know how much they excel in what science they do.

Let’s have a general overview of both and then conclude how they affect one’s life.

The question of Future has always fascinated man and his struggle for a better tomorrow. It is what causes Astrology to jump in and provide a solution based on actual science. Astrology tells us about how to analyze our situation right now, take better decisions and restrain from taking bad decisions so do not face any hurdles. It’s Zodiac system where the beginning of the 12 signs are determined by the apparent position of the sun around the earth where with the crossing of the sun on earth and all the four seasons beginning with a sign for example north at spring defines Aries while fall at south indicates the beginning of Libra.

From nothingness to everything, from singularity to the infinite and ever-expanding cosmos, numbers have existed since the advent of time. And due to that very reason, no one can deny the pivotal role it plays in our life. The science of numerology has existed since the ancient Babylonians, and it was the Pythagorean school of thought which helped modify it from which now it exists and still is influencing people ‘s life.

In numerology where every number has unique energy associated with it since it has luck tied with it, one can let the driving force of life through these numbers flow and help to make a positive effect. For example, by changing your name, better results with occur similarly other practices involving numerology has proven to be very accurate.

The Distinction between Astrology and Numerology

Mathematics is actually a universal language. It’s the language which conveys the truth and a direct connection with the cosmos. The use of numbers and their applied operations does differ in numerology and astrology. In astrology basically to derive the apparent position of the planets and stars certain amount of geometry is required which helps it deduce observations. While in numerology the mathematics revolves around the probability of numbers and their certain occurrences also the meaning behind it. Such as the importance of different constants or the golden ratio etc.

Circumstances and their consequences

The heading might seem confusing but what it actually means whether a certain circumstance will give any consequence. In the Astrological study, birth, time and place are of great importance. Since it is believed that a certain magnetization occurs when a child is born, and the rise or fall of the planets or stars relative to their positions is observed. Astrology doesn’t necessarily predict the future, but it rather explains it by explaining the person.

In numerology, which deals more with general numerical analysis, in its study birth, time and place follow a different approach. Every single number assigned or found to a person is unique and has its own meaning with no relation to any other object but the number itself and the specific vibration of energy it possesses. Numerology excels predicting future, and it holds great importance in it as compared to Astrology.

Connection Between Astrology and Numerology

As mentioned above both are different sciences but as they heavily depend on mathematics and both can be interpreted via numbers hence the assignment of energies to a number or the planets, stars and their zodiac signs also comprehends its meaning of natural energy inflow and its understanding.

For example, in numerology, the numbers from 0-9 are given separate and unique meanings for their vibrations. While in different astrology planets are given their specific numbers along with their zodiac sign which constitutes a birth chart. For example, zero is ruled by Pluto, 1 by Sun, 2 is for the Moon, 5 is by Mercury, 8 by Saturn and 9 by Mars.

The Conjunction of Astrology and Numerology (Astro-Numerology)

The techniques of numerology can also be used to comprehend astrological data. The merging of both the sciences will make a new discipline called as astro-numerology. This will help to make it more beneficial to both the sciences by mapping the data into horoscopes and other forms, which will help to find meaning in people’s life. Some numerologists think that numerology is actually a number version of the science of Astrology.