The Numerology of Spiderman 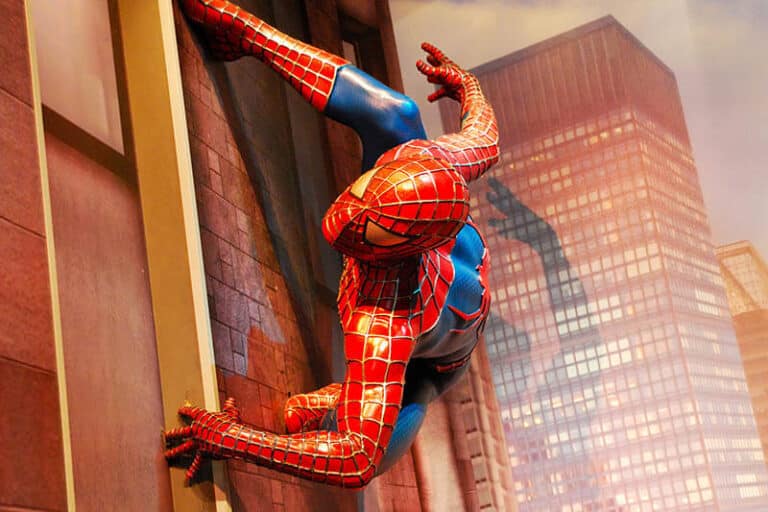 Spiderman (born August 10, 1962, the publication date of Amazing Fantasy #15 and his first appearance) is one of the best-known superheroes world-wide. Like most superheroes, he has a secret identity, which is Peter Benjamin Parker.

An individual that has life path number nine is generous and compassionate. Therefore, they have passion and energy to help the wider world and take on the largest human problems. Their personality develops through their efforts to see the flaws in humanity and heal them.

Spiderman comics are famously known for the line, “with great power comes great responsibility”, which was told to the character Peter Parker by his uncle, Ben Parker. There is probably no better line to describe the best of 9 energy.

The Destiny Number is the total of the full birth name. In the case of a fictional character with a superhero name and a secret identity, we will look at both. Spiderman totals 45, which reduces to 9; and Peter Benjamin Parker totals 93, which totals 12, which reduces to 3.

In short, Spiderman (9) is for compassionate understanding and Peter Benjamin Parker (3) for creativity and hard work. The 3 contributes to the sense of humor written into the character.

The “true” active number is the given birth name. Even if you legally change your first name, the core Active Number is the birth name given to you by your parents. A legally changed name is more powerful than a nickname. And any name used to identify a person in the world is a variation of an Active Number. In Peter’s case his active number is 28, which reduces to 10, which reduces to 1.

An individual that has an Active Number 1 is a natural born maverick. Therefore, they like to go first, try the ride before everyone else, and take the first bite! This person will speak up and stand out. A child with a 1 first name will take off towards something they want or head in a different direction than the rest of group. Either that or the rest of the group runs along after the child with the 1 first name.

Essentially, you inherit numbers from your parents. Most often, the father’s surname is the one that dominates and is known out in the world. The mother’s surname often becomes the middle name for a woman after marriage, when she assumes the surname of her husband. In Peter’s case, his last name Parker totals 33, a master number, which reduces to 6, the Teacher.

An individual that has a Heredity Number 6 inherits service for others from one or both parents. The person must determine how to understand number 6 energy through the influence of the parent. That influence may manifest as support or suppression. In other words, the child gets encouragement to help and teach others or to be afraid of and suspicious of others. Either way the child learns the lesson of service and care from the parent or despite the parent with last name that is the number 6.

The Soul Urge Number is the total of the vowels in a name, specifically the full birth name. The Soul Urge is like an energy charge within the numerology of a person. The number of the Soul Urge “powers” the Destiny Number. In Spiderman’s case, the number is 15, which reduces to 6.

An individual that has a Soul Urge Number 6 draws energy from service. Therefore, they operate with a need to help others to generate energy. These individuals are often compassionate, nurturing, and concerned. Accepting that you need to be serving others to get what you want and to get things done will help you be more successful in your relationships and endeavors.

In Peter’s case, his number is 31, which reduces to 4. An individual that has a Soul Urge Number 4 draws energy from hard work and persistent effort. Therefore, they operate with steady energy that keeps going and going. These individuals are often dependable, no-nonsense, and practical. Accepting that you need to be methodical to get what you want and to get things done will help you be more successful in your relationships and endeavors.

An individual that has a Personality Number 3 presents as creative to others. Therefore, others see them as either artistic or “out there”. People who like imagination will expect a Personality 3 to fulfill the artist role in life. Do not be surprised if people treat you as someone who can create on your own, even if you can only draw stick figures.

For Peter, his number is 62, which reduces to 8. An individual that has a Personality Number 8 presents as “in charge” to others. Therefore, others see them as either the leader or the tyrant. People who want a leader will expect a Personality 8 to fulfill that role in life. Do not be surprised if people treat you as someone who should be responsible for all the decisions, even if you want to have someone else take the responsibility.

In Spiderman’s case his Soul Purpose Number is the total of his Life Path Number 9 plus his Destiny Number 9, which totals 18, which reduces to 9. With a 9 + 9 combination, he is here to “share fully and at all times”.

In Peter’s case his Soul Purpose Number is the total of his Life Path Number 9 plus his Destiny Number 3, which totals 12, which reduces to 3. With a 9 + 3 combination, he is here to “create through art the understanding of life”.

It is most interesting to see the repeating numbers throughout all three names: 9 (three times), 3 (three times), and 6 (two times). The character’s most dominant numbers combine compassion (9) and creativity (3), fitting for Spiderman.