The Numerology of Beyoncé 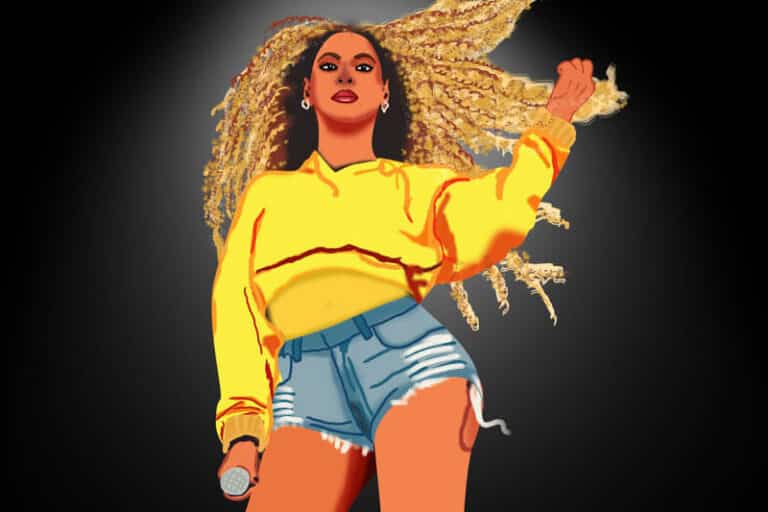 Beyoncé Giselle Knowles (born September 4, 1981) is an American singer, songwriter, and actress. She was born and raised in Houston, Texas. She is one of the best-known celebrities and singers in the world. Before starting her solo career, she was a member of Destiny’s Child, one of the best-selling female groups of all time. She has released numerous albums and has a long list of hit songs.

An individual that has life path number five is adventurous and an agent of change. Therefore, they have passion and energy to visit the world, interact with new people, and spread ideas. Their personality develops through their efforts to learn about the world by exploring.

The number 5 is the number for exploration, disruption, and transformation. It is a good number for a woman who is famous world-wide for her talent as a singer and actress. She is also politically active, putting her celebrity support behind former President Barack Obama and presidential nominee Hillary Clinton. Individuals with 5 as their life path constantly crave change, which shows up most clearly in the evolution of her music.

An individual that has Destiny number three attracts creative and romantic individuals. Therefore, they are often the muse for a writer, musician, painter, photographer, or any other type of artist.

Since she is far more well-known as just Beyoncé, it is worthwhile to look at the numbers for this name as well.

The Destiny Number for Beyoncé is 33, a master number, which reduces to 6.

An individual that has a Destiny number 33 attracts followers to a cause or shared purpose. Therefore, they know spiritual matters, the essence of being, and the devotion to love, which helps them guide others to the spiritual understanding they need.

Since they can move through altered states, understand ancient wisdom, and weave others into the interconnectivity of life, they make ideal gurus and spiritual leaders. Destiny wants them to reveal Destiny’s plans for others.

The “true” active number is the given birth name. Even if you legally change your first name, the core Active Number is the birth name given to you by your parents. A legally changed name is more powerful than a nickname. And any name used to identify a person in the world is an Active Number. Beyoncé totals 33, a master number, which reduces to 6.

An individual that has an Active Number 6 wants to help and heal. Therefore, they understand and enjoy service, can teach what they learn, and tend to be highly sympathetic or empathic. A child with a 6 first name will make sure no other children are left out of a game and want to help with chores. First name 6 individuals spot needs and work to fill them.

An individual that has a Heredity Number 9 inherits compassion from one or both parents. The person must determine how to understand number 9 energy through the influence of the parent. That influence may manifest as support or suppression. In other words, the child gets encouragement to be compassionate towards others or learns that compassion is weakness. Either way the child learns the lesson of nurturing from the parent or in spite of the parent with last name that is the number 9.

After her marriage, she hyphenated her last name to Knowles-Carter, which totals 56, which totals 11, a master number, which reduces to 2. This name change gives her additional energy to stand out even more. Since her husband is the equally famous musical artist Jay-Z, she gains shared power from the union.

The Soul Urge Number is the total of the vowels in a name, specifically the full birth name. The Soul Urge is like an energy charge within the numerology of a person. The number of the Soul Urge “powers” the Destiny Number. In Beyoncé’s case, her number is 46, which totals 10, which reduces to 1.

In the case of her first name alone, the number is 16, which reduces to 7. An individual that has a Soul Urge Number 7 draws energy from spiritual belief. Therefore, they operate with a need to find a purpose to generate energy. These individuals are often philosophical, psychological, and spiritual. Accepting that you need to believe in something to get what you want and to get things done will help you be more successful in your relationships and endeavors.

The Personality Number is the total of consonants in the name, specifically the full birth name. The Personality Number is how people encounter someone and interpret them. It is like the clothing you choose when you plan to go out in public, which causes people to react to you a certain way. For Beyoncé, her number is 47, which reduces to 11, a master number, which reduces to 2.

For the name Beyoncé only, the number is 17, which reduces to 8. An individual that has a Personality Number 8 presents as “in charge” to others. Therefore, others see them as either the leader or the tyrant. People who want a leader will expect a Personality 8 to fulfill that role in life. Do not be surprised if people treat you as someone who should be responsible for all the decisions, even if you want to have someone else take the responsibility.

In Beyoncé Giselle Knowles’ case her Soul Purpose Number is the total of her Life Path Number 5 plus her Destiny Number 3, which totals 8, the Leader. With a 5 + 3 combination, she is here to “lead creatively to bring change”.

In Beyoncé’s case her Soul Purpose Number is the total of her Life Path Number 5 plus her Destiny Number 6, which totals 11, a master number, which reduces to 2, the Partner. With a 5 + 6 combination, she is here to “stand out through service in chaos”.

As you can see, her numerology, with either name, includes at least two master numbers. When she goes by just her first name, there are four instances of master numbers. It would be impossible for her not to make an impact on the world with her level of talent.