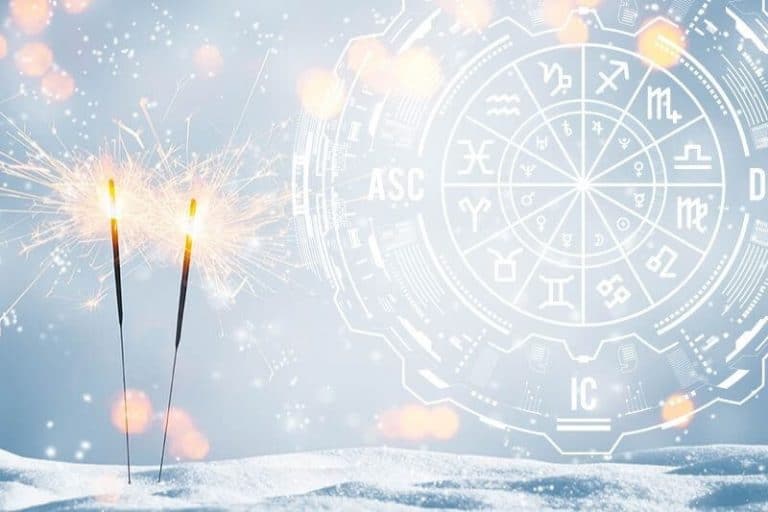 Each new year births new energy.  This article will look at the chart cast for January 1, 2021, at 12:00 am Eastern Standard Time in Washington, DC.  This chart represents the new focus for the United States for the year 2021.  2020 proved to be a profound year world-wide, but especially dynamic for the United States because of the spread of COVID-19 and the contentious presidential election.  At the beginning of last year, Jupiter, Saturn, and Pluto were on the verge of merging, setting a powerful tone of “consequences” world-wide.

Each new year the Sun is always in Capricorn between 10 and 11 degrees. According to Marcia Moore and Mark Douglas, the keynote for the Sun in Capricorn is “The power of individuality manifests through organizational ability” and the symbol is “A mountain climber plants a flag upon a rock summit” (153).

The Sabian Symbol is 11 Capricorn.  In his book The Sabian Symbols, Marc Edmund Jones notes the symbol as, “a clown making grimaces”.  He writes, “This is a symbol of the continual self-rehearsal by which the everyday personality of man is able to sustain its particular characteristics, and of the tentative side of experience through which uncertainties of life can be dramatized for acceptance or rejection without incurring penalties.”  He gives it the keyword: INIMITABILITY (uniqueness).

Each year really does have a “start over” and “progress beyond” beginning.

The Moon, however, is in a different sign most of the time from year to year.  Last year it was in Pisces and in the same sign as Neptune, which foreshadowed a year of emotional (Moon) surrender, enlightenment, and confusion (Neptune).  This new year the Moon will be in Leo and moving towards the health point Hygeia, which will be retrograde.  The issue of health and health care will be prominent, as will creative (Leo) solutions and a need, emotionally (Moon) to find joy (Leo) within the health (Hygeia) crisis that will be ongoing (retrograde Hygeia).

With Libra on the Ascendant, the new year has the potential to bring balance, harmony, justice, and relationships even further into focus.  Legal issues will likely dominate the identity of the year. Hopefully, the fact that Venus will rule this chart, and is a benefic point, will help people find healthy ways to connect and appreciate one another.

A Grand Square (involving the Nodes, Neptune, and Vesta)

Four points will form a Grand Square in mutable signs and cadent houses.

The Grand Square is not as intense as it could be because it is in flexible signs (mutable) and flexible houses (cadent).  On the downside, the extra flexibility can make it difficult for anything concrete to become established.  A Grand Square is both immensely powerful and incredibly delicate.  If one of the points is operating in its shadow, then the entire configuration will suffer.

While different groups and individuals may offer solutions to existing problems, not only with regard to the pandemic, but also the economy, education, and family, stable and persistent solutions will be hard to achieve.  The overall tension of the Grand Square touches the cadent areas of life: 3rd House (Communication), 6th House (Health), 9th House (Belief), and 12th House (Purpose).  How we understand life, health, our beliefs, and our purpose will still be shifting this year.

Mars in Aries Void of Course

Mars will end up in a phenomenon known as “void of course”, which means it will not have any significant aspects with any of the other major points.  It will be “adrift”.   At the start of the new year, it will be in Aries, where it was for more than half of last year.  Without any “mooring”, people will feel strongly about survival issues and worry even more deeply about having to “figure it all out” on their own.

The individuality of the United States spirit is an outstanding breeding ground for the virus spread and highly problematic for situations that call for people to come together and sacrifice some (not all) of their individuality for a common good.  The void-of-course Mars will make the feelings of isolation even more intense and damaging.  Fortunately, Mars will move into Taurus very early in January (the 6th), but the residual impact of Mars in Aries will be present at the start of the new year.

Saturn and Jupiter will merge on the Winter Solstice back on 12/21/2020, making its 20-year convergence in Aquarius.  The “merger” in Aquarius last happened in 1405.  And the last time they were as close together was 1623.  Aquarius is the sign of society, science, and community.  At its most positive, you get a high functioning society and in its shadow expression, you get fascism and dictatorships.  By the time the new year begins, the direction of one or the other will be taking shape.  It is said, so goes America, so goes the world.  Internal strife has weakened the American value and could lead to enough disruption to imbalance the country enough to bring it down on part with the rest of the world.

One way or another, a “new age” will be taking shape and part of the New Year birth chart.  What is most interesting, aside from the Grand Square, is how much the chart is “scattered”.  Later in the month, when the inauguration for the President takes place (1/20/2021), the chart is much more “defined”.  On the whole, it is probably best to see this chart pointing out that the year will be rather like “shell shock” from 2020.  Efforts will be made to regroup, especially in pursuit of “wishful thinking” in the hopes of getting back to 2019, but the energy will remain unstable (and mutable).