The Timeless Magic of Runes 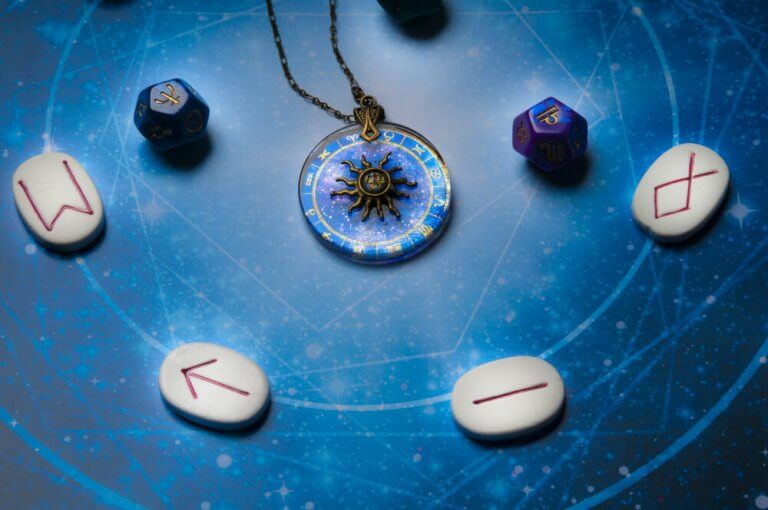 Runes are no longer in general use but retain their mystic, magical, even sinister reputation.

Ancient Runes have featured in many legends, novels, and movies including ‘Game of Thrones’, based on the novels of George R Martin, Tolkien’s epic ‘Lord of the Rings’, and the current series of ‘American Gods’, based on the novel by Neil Gaiman, with ‘Mr. Wednesday’, or Odin, as the leading god in the war of the old gods against the new. Odin’s sword is inscribed with runes. But what exactly are runes? 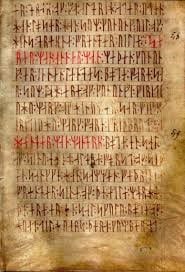 The word itself, ‘rune’ or ‘runa’ means a secret, mystery, or a whisper.

The runes were, and still are by some, used in three ways:

The runes were the alphabets used in Scandinavia, Germany, and Britain before the adoption of the single modern Latin alphabet with the advent of Christianity. The parent language of the rune alphabet was probably the ancient Etruscan and Greek alphabet, which spread north via Norse traders throughout the Mediterranean.

The runes were designed in straight lines to make the characters suitable for cutting into wood or stone. The earliest runic inscriptions on stone are dated to the late 3rd century AD, although runic alphabets were probably in use for some centuries before.

The key difference between a runic alphabet and our modern western alphabet is that each letter, or rune, is not only a letter but a word in its own right. Where we recite our alphabet and “ay”, “bee”, and “cee” and these are just sounds denoting the first three letters in our alphabet, the names of the first three runes, “fehu”, “uruz”, and “thurisaz” are actual words in the proto-Germanic language, meaning “cattle”, “aurochs”, and “giant,” respectively.

The Scandinavian (Norse) runes are also known as Futhark (or fuþark, derived from their first six letters: F, U, Þ, A, R, and K)

Illustrated below: The 24 runes of the Old Norse Rune Alphabet: ‘The Elder Futhark’

The runes are organized in three lines of eight runes called ‘aetts.’

The Letters of the Older Norse Runes (The Elder Futhark) 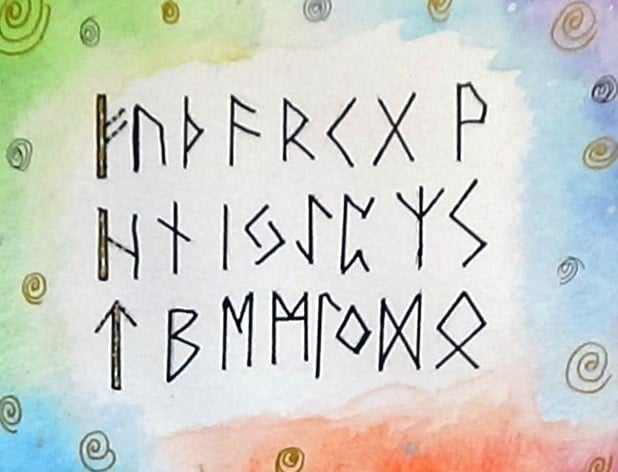 Image: Katie-Ellen Hazeldine, author’s own artwork, may be shared with attribution.

The first letter of the rune alphabet, Fehu gives us the modern English word ‘fee’. Fehu literally means cattle, and wealth was measured in cattle.

The seventh letter Gyfu gives us the modern English word ‘gift’. We get the modern kiss sign ‘X’ from this rune, signifying love, or a contract, and exchange between equals.

The tenth letter Isa gives us the modern word ‘ice’- meaning, literally ice, or a situation that has got frozen. It is stuck and no progress can be made

The nineteenth letter Mannaz gives us the modern word ‘Man’ referring to a man, other people, or Humankind in general

The twenty- third letter Dagaz gives us the modern word ‘Day’ (Sources vary. Some sources name this as the final rune letter.)

Runes for Divination and Magic

In Norse legend, the king of the gods, Odin, sacrificed an eye in exchange for receiving the knowledge of the runes. 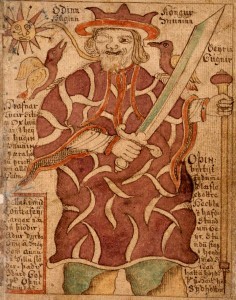 To our ancestors, the earth and all created things were alive; a belief system called Animism. Twigs and stones were used for runic divination because, as natural objects, they embodied sacred powers.

The runes were carved into pieces of wood, metal, or leather and were then stained with pigment into which human blood was sometimes mixed to enhance the potency of the spell. This may simply have been a few drops of the reader’s own blood.

The rune reader would ask the question, shake up their bag of runes, carved on twigs or stones, and scatter them on a cloth, then interpret those runes which landed the right way up. Most readers used smooth flat pebbles with runes painted on one side.

The first readers of these stones were honored and respected and sometimes feared in their communities. There were runes spells to influence the weather, the tides, crops, love, and healing.

Runes of fertility, cursing and removing curses, birth, and death. Runes were carved on amulets, drinking cups, shields, spears, on doorways, and onto the prows of ships.

Psychic readers today often read them in exactly the same way, often using the runes as a source of advice rather than fortune-telling. I use them sometimes, along with my cards.

The simplest rune reading is a single rune reading. Shake the bag, ask the question, draw a single stone and meditate on the answer.

Or draw 3 runes, representing past, present, and possible future; known as The Norn’s Spread.

Today, many psychic readers still read with runes, but some still use them for magical purposes or ‘luck work.’

It is very easy to acquire a set of runes online. You can very affordably purchase a set of wood, stone, or crystal runes. Or you could collect your own pebbles and make your very own set.

Using the runes for personal luck

One needs to be careful here. Don’t even think of using runes to get revenge on someone, or to try and get what is not rightfully yours to ask for. The runes will do nothing to help you, but any rune caster will tell you, that these are ancient symbols of great energy and could come back and ‘bite’ anyone disrespecting them or seeking to misuse them for selfish gain at someone else’s expense.

Experienced rune readers greatly respect the power of the runes, and will avoid calling down the power of certain runes except with extreme caution. But some runes are considered safe for anyone to use, in respectfully asking for divine help and protection. Those mentioned above are considered generally safe 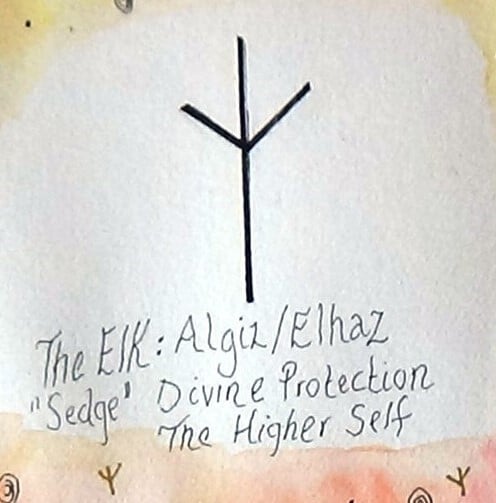 Algiz/Elhaz is a powerful rune of all-around general protection. Norse warriors painted this rune on their shields. Nowadays, some carry this rune; Algiz (pronounced Al-jeez) Elhaz is pronounced El-hazzz.

See it in your mind’s eye. Say its name, whichever name appeals to you most. Say it nine times for extra power. Ask for its protection for you and your loved ones. Draw it on a piece of paper and carry it with you. Now trust the Elk to work its magical protection.

And that is simple rune magic.