Skip to content
Home » Blog » Astrology » What is the Karmic Reason for Intercepted Planets? – Part 2 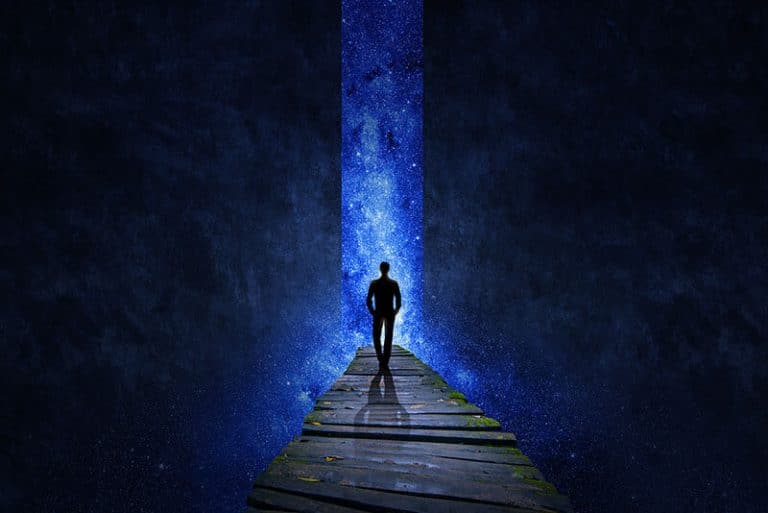 During the first part of this series, you learned about the karmic implications of intercepted houses and signs. Intercepted houses are the houses that engulf an entire zodiac sign as the previous sign is at the start cusp whereas the next sign after the intercepted sign is at the ending cusp of the house. For instance, if your intercepted sign is in Aries and it affects your 11th house, that is your intercepted house. Then the 11th house would start at Pisces and Aries is engulfed in it and will finish off with Taurus which is where the 12th house cusp would be. This would also mean you would have the 5th house being affected with Libra being intercepted as well since that is the mirror house and sign.

Those signs and houses represent areas to be worked on in your life which would present as an area of weakness and those are due to lessons not learned in previous lifetimes. What about planets that are in an intercepted sign? What type of effect would they have on you?

How Do Intercepted Planets Affect You?

You already know that intercepted houses and signs are areas of weaknesses for you. When you have an intercepted house that has no planets in it, then it will be less of a focus for you. Therefore, the area represented by the house would still be an area of stress for you. However, because houses with planets in them are areas of focus for your lifetime, intercepted planets present you with more of a struggle. Intercepted planets are indicative of those areas of your life that you need to heavily focus on due to karmic reasons and they will present themselves as areas of stress in your life. The fact of the matter is that the effects that intercepted planets have on you are one of the main reasons you would be driven to work with a therapist and/or life coach. Let’s now talk about each of the planets that are intercepted and the effect they have on you.

If your Sun is intercepted, you will lack self-confidence and you’ll struggle with self-worth. In fact, you don’t believe any compliments that have been handed to you as well and you certainly won’t acknowledge that you are good at anything. In fact, you expect to be rejected and that is what you are used to. There can be a few karmic reasons to have an intercepted sun.

One reason for this placement can be due to you having your own gifts and talents in your previous lives not taken seriously or destroyed through injury. And you never were able to recover them. In this lifetime, you ended up with the intercepted sun because you are meant to learn how to find your ego, essence, worth, and being again.

The other possible reason is that you never were able to develop a relationship with your father which is also represented by the sun. There could be a soul contract for this issue to come up due to a lesson to be learned from a previous lifetime. The Moon would represent your mother.

The Moon intercepted means that you have a hard time getting in touch with your emotions no matter how hard you try. Your emotional nature was never nurtured, and it is as if your feelings are hidden behind some barrier. Perhaps in a previous lifetime or several of them, your emotions were never taken seriously, and your emotional needs were never met.

Additionally, the Moon represents the mother and you likely never had a chance to connect with your mother even if she tried. There would be a soul contract due to karmic reasons from previous lifetimes there.

Your intelligence in previous lives may have been hampered for a variety of reasons. One possibility is that you were controlled, and you had to stop furthering your education, or you were brainwashed and made to believe false things.

One common issue is if you have been a repeated victim of adultery in previous lives, then the belief of being not worthy of love would be carried with you. Finding a way to love yourself again is a huge lesson and would be a major reason to get support from a trusted therapist.

If your Mars is intercepted, you would struggle with finding ambition and you would also struggle to find anything you are passionate about. Assertiveness would be a challenge for you and you could find yourself being a doormat. Those with Mars intercepted would be the type to end up working for minimum wage at a menial job even if they have the capability to do something greater.

The major karmic reason for Mars intercepted is because of not being able to live out your hopes, ambitions, and dreams in previous lifetimes. Perhaps you were denied your opportunity due to situations involving war or it may have had to do with other forms of government control.

With Jupiter intercepted, you feel as if you are the unluckiest person around. No matter what you try to do, bad luck follows. If you have a strong Mars, for instance, you are driven to succeed but success just is either temporary or just doesn’t happen. You also want to expand your talents but can’t seem to find it within you to do so.

There could be some lessons to learn as you could have been the type to find dishonest ways to succeed at the expense of others in previous lifetimes. Eventually, you had your downfall that you never learned and recovered from. Perhaps another explanation would be that you had hopes and dreams, but they were never materialized for any possible reason.

This is a highly karmic placement since Saturn is a karmic planet, to begin with. And if Saturn is intercepted, you feel quite powerless when it comes to balancing anything karmic in your life. You also struggle with self-control and discipline which is what is necessary to use for balancing karmic lessons. If you, for instance, spend a lot of money and keep racking up debt, you would have to end up declaring bankruptcy in order to stop. This placement is indicative of problems with authority figures as well whereas they mistreated you constantly.

You faced issues that were due to repression and cruelty in previous lifetimes and you never were able to recover from having so much mistreatment from authority figures. You had lost yourself in the process.

Uranus is all about being rebellious and innovative. And you may appear to be rebellious since you express your individuality strongly even though you don’t mean to do so. You may have been scolded at school because your teachers accused you of not taking them seriously. You meant no harm when you did it. That is because you could come off as eccentric instead of being original. On the flip side, Uranus intercepted could also mean you are conforming too much, and not expressing your individuality too enough.

If this planet is intercepted in your chart, then there is a good chance that your individuality was stifled in previous lives and you were forced to conform against your will. And as a result, you are unsure of how to express your uniqueness.

Neptune is about dreams and intuition and perhaps you struggle to tap into your intuitive side and to have dreams of your own. If you express your dreams and wishes, you could have been scoffed at by having a wild imagination by your parents or teachers.

It is quite possible in previous lives you were a mystic and you were shunned for having your gifts. Therefore, you were forced to abandon them for living someone else’s dream. This was never recovered which as well is why Neptune’s powers are buried deep.

Pluto is about control, darkness, and transformation. If your Pluto is intercepted, you feel quite powerless and you are controlled by others, as you allow it to be. You also cannot accept your shadow side as any type of darkness scares you, and you struggle to face transformations of any kind. You would be the type to want to continue to live at home through adulthood. Facing your inner demons would be too terrifying to you.

And Pluto could be intercepted because your power literally was taken from you in previous lives and never learned how to recover it.

Most people have at least one planet that is intercepted which as you know is the area of focus and development in their lives. It seems impossible to work with the energies that come with intercepted planets. However, with guidance and help from counselors, it can be done, and karma can be balanced as a result.