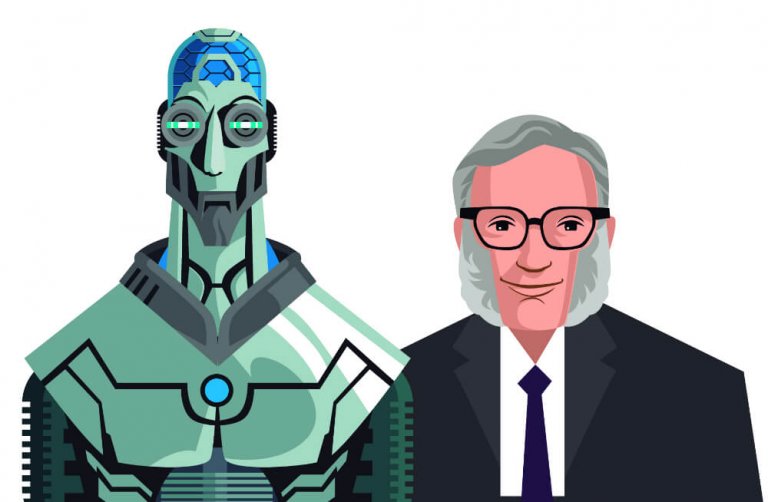 It was the year of 1983 when Isaac Asimov predictions were made of what the exact world of 2019 might look like. Some had probably missed it before and compared it to the popular movies of science fiction. Some were probably amused as well, but here as we stand with thirty-five years behind us, we see the potential of what the man hoped from mankind.

From space to industrial development, Isaac Asimov may have had a few misses, but there have been some startling true claims made by him all those years ago. Perhaps, he expected more from the people, but putting aside his exaggerated and utopian wild guesses, we are certain the world is not about to hand the ISS out industrial and solar generator soon enough!

Check out some of the Isaac Asimov predictions made for 2019.

The very first prediction Isaac Asimov made was the increasing reliance of the humans on computers and their step into an automated utilization on leading their lives. He described a world that was divided by technology. Not ignoring the fact that Asimov had been incapable of foreseeing the limitations of computers in regards to processing power and data storage, some bit of his words did ring true to an extent.

2. Digitalization in the future

He believed that a great part of the world would be divided as they would race against one another for automotive superiority and it makes absolute sense for a few underdeveloped countries to feel left behind. They may not be able to compete with a digitalized global economy.

This is something that should be prioritized by any leading individual as it clearly was back in Isaac Asimov’s mind. He acknowledged the fact that digitalization will reduce a few jobs as people would no longer be needed for those. But he also highlighted the fact that computerization will always create more jobs than it destroys. Isaac Asimov predictions for 2019 asserted that they might be different jobs, but that is how our world evolves.

By the introduction of AI, it was no doubt for Isaac Asimov to predict that it would truly bring unprecedented change in the industrial world and as well as the working environment. He expected 2019 to be the epitome of modernization; however, some of his estimates did ring as immature at this point.

It is widely believed that as the year draws to an end, new jobs will emerge from the technological age and the existing few jobs would disappear. Some of them would be considered redundant at best! They would either be replaced or aided by AI in the working environment. This was also where Isaac Asimov was largely accurate, saying that most of the jobs that shall vanish would be those clerical or uninteresting assembly jobs which are repetitive as well. Isaac Asimov predictions for 2019 stated that perfectly designed technology would change and aid the work environment as the time goes by.

With a change in the world comes a massive skills gap as well. With the world being increasingly automated, more people would be needed to understand and support the machinery that will aid our lives on a daily basis as well. In 2019, we understand the extent of the accuracy here. Isaac Asimov predictions were absolutely correct to state that the entire population needs to be educated in the high-class education and made literate in computers and everything that comes with it. He understood that as time goes by, the people would be needed to be educated more in the fundamentals of High-tech in order to carry on with modernization.

6. Educational System of the future

Perhaps this is where we realize that Isaac Asimov had been a near genius! That man had correctly estimated the issues that people would face with the development of technology. And, just as he stated, we see a considerable amount of people stranded amidst the flurry of digital development with nothing but their own lack of technological knowledge holding them back. Those are the untrained millions that Asimov mentioned!

What needs to be done at the present time is to let the people adjust and provide them with the time for transition. It shall save manpower and the will to earn from our economy. As Asimov mentioned, the industrial revolution has happened before, and it’s time we learn from the previous mistakes.

Even though we now know that Asimov has been optimistic about his view of 2019, it is somewhat different from what was described by him. We understand and feel the difference now that we stand here in this year and look back at the technological advancements made by the world. Asimov had also been true to state that those who can be trained and educated again will be able to do so as the world will need those people and those people would need to fill in their spaces. Focusing on his assertions thirty-five years ago, we understand how correct he was regarding the education system, employment, automation, and computerization.

However, through all of this, we may choose not to believe in those assertions he made which were impossibly optimistic. Some of his beliefs were that impossibly large structures would orbit the earth to guarantee world peace. Perhaps, this was where his estimates had gone a little wrong in those years where the lack of these things had limited his views.

Some of Isaac Asimov predictions make us feel as if we are not entirely fulfilling the expectations people of his time had from us and even though most of his assertions regarding 2019 have proven to be true, they leave astonished of how well he was able to foretell what might come in the time ahead.