I Ching – a Book, an Oracle, a Religion

Home » Blog » Psychic Readings » I Ching – a Book, an Oracle, a Religion 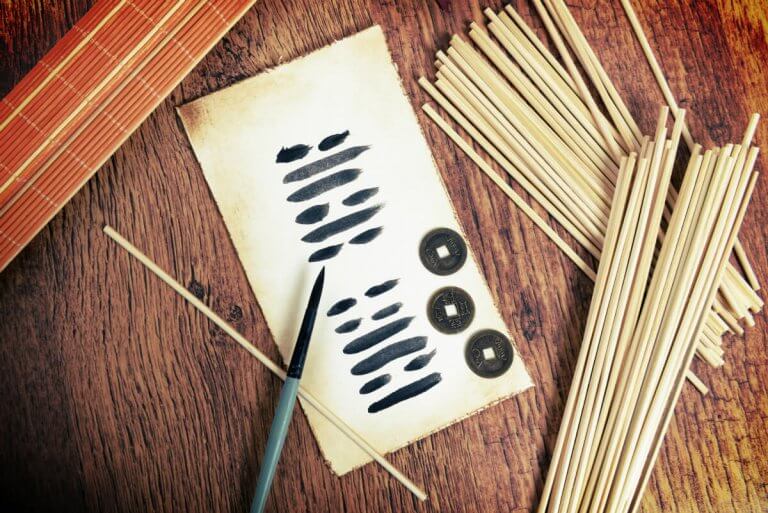 Since the inception of time, humankind has always been blessed with an innate sense of curiosity and keenness towards objects and situations. The famous Chinese Book “I Ching” can be considered as a divine book for its influence on eastern spirituality and the root cause for assessing the universe through various means. It is a set of principles that guides the many fields of literature, arts, medicine, and other fields of study. Let us have a comprehensive overview of what “I Ching” or “The Book of Change” is.

I Ching: A wrinkle in History

We are all familiar with the world’s mainstream religions and their divine books but remarkably I Ching one of the oldest books up to date. The approx. Origin of this book dates to (2852-2737 B.C.) which is significantly ancient. The remarkable aspect of it is the contents of the book and how beautiful the philosophical concepts of one’s past and future are correlated. Along with that, there is also a certain analysis of behaviors, characters, and habits. These are the core moral characteristics that we as humans possess but to devise these intricate webs of relations into one beautiful concept of I Ching is an exceptional feat.  There are many myths regarding the origin of this book. All of these does not only explain why and how this book was revealed to humankind. They are given as follows

It is believed that the First Emperor of China Fu Shi, was the first one to lay the groundwork for I Ching. He is said to have been sitting beside a lake one day, and suddenly a turtle popped out and swam towards the shore. The marking on the turtles back made him realize the significance of patterns found in nature living through the very chasm of life. He saw that the set of three lines or broken lines, the trigrams were true of remarkable importance in explaining the flow of energy through living beings.

Similarly, the myth again revolves around the tortoiseshell when early Chinese would heat the shells under flames until they were cracked and observe the patterns which were emerged from them. This was supposedly the start of the science of trigrams in the I Ching book. Some of these shells are preserved in the National Museum in Taiwan.

The other myth involves the Female diviners of the Shang dynasty who would interpret the symbols from the shell of a live turtle. They were then believed to become queens and royalty. Lao Tzu, the leader of Taoism and the author of the book Tao Te Ching, is also believed to belong to this clan.

Theory of I Ching

I Ching can also be considered as a book of wisdom since it is a collection of poetry, philosophy, art, and advice. The wisdom provided in the books is far too greater than anything else in comparison. It has been an accumulation of experiences, advice, observation, and science of the nature of things over the past (2500-3000) years. It is the voice of the ancestors of Chinese philosophy and spirituality, which, to this date, has had a tremendous effect on the lives of people all around the globe.  The book which is available at a local marketplace consists of 64 chapters. They represent the 64 hexagrams of I Ching. Each hexagram is a pile of six lines, which are either solid or broken.

The System of I Ching

To interpret the book of changes “I Ching,” a system is required which will categorize human experiences into a format. The methods through which the general advice are taken from the book will be dependent on the type of system. It includes the prediction of a certain situation or its analysis of energy flowing through the system. It means to tells us how it can tell what is likely to happen to a person. The I Ching book consists of this system in the form of lines.

The concept of Ying Yang is observed in the book through the depiction of lines. The solid line (-) represents yang while the broken line (- -) represents yin. The yin yang system can be used, but since it can only predict four possibilities i.e., the relation of yang to itself and yin to itself are two while when in relation to each other they also have two possibilities. The I Ching genius system devises a unique system which organizes the yin yang into three separate lines. This is called the trigram. Each trigram has eight possibilities in total. This is then coupled with another trigram, which in turn makes a hexagram.

Consulting I Ching and Building a Hexagram

There are numerous methods with which you can consult and certainly interpret the message embodied in I Ching. It can be done by tossing coins, sorting yarrow sticks, or pulling marbles from a bag. The process, however, is simple, and the translation will easily point you to the right hexagram. The hexagram consists of lines which continue to grow into either solid or breaks down. While understanding the collection of texts which you are pointed towards, you must observe the lines as well. The hexagram does not show just that, but it also tells the continuity of the pattern into the next chapter while showing the flow of energy throughout that situation.  I Ching, which is also called the book of changes, maintains the aspect of change in its transition from one hexagram to the other.

Importance of I Ching and its uses

The question with which we are posed right now is what could I Ching achieve for us? This is a far better inquiry than what would I Ching do for me?  Since I Ching main concern is the philosophy of life and nature. The correlation with the life of beings is what makes it important to ask what it achieves for us. It is a fact that no matter you go to the best healer, diviner, or psychic analyst, there is no changing in life unless we are willing to change. Therefore, the I Ching is a guideline of life. It gives your question an answer with which you can build your life with.

Harmony is not just the peace and stability in our relationships, but it is a precursor to a happy life as well. It strengthens our relationships and helps society grow stronger. Apart from making relationship root for a deeper spiritual desire, I Ching also helps lawyers take a major decision. A business investor can seek help in their investment and business. Although the applications are technical, one must not be skeptical of the advice since it is the energy and our feeling associated with a situation which tells us how we respond. To assess is better though I Ching can certainly help us in it.

I Ching, also known as the book of wisdom. It tells how important it is to value one moral code, whether it’s in a relationship or other ventures. Human relationships are of the utmost importance and primary concern for I Ching. Since it helps remarkably in aiding a relationship. It will help you understand your soul mater better with sincerity and respect.

An example hexagram from I Ching

Although there are 64 hexagrams in total, which describe the various aspect of life and human experiences. Here we would discuss the first hexagram to get an idea of what it is about.

Qian means vast, great, and something from which power originates. This is a 6 solid line hexagram which translates into the following.

The wisdom embodied in I Ching is not something that can be easily interpreted into something simple, but it is indeed the divine experience of life put into words and organized into a system of predictions. This 3000-year-old book does not only provide a philosophical perspective, not the lives of human beings but shows the principles with which to lead it. Therefore, it is and has been an important source of inspiration for the major eastern spiritual leaders and religions.

The Timeless Magic of Runes

What Type of Jewelry You Should Wear Based on Your Zodiac?