How Lucky Are You According to Your Zodiac Sign?

Home » Blog » Horoscopes » How Lucky Are You According to Your Zodiac Sign? 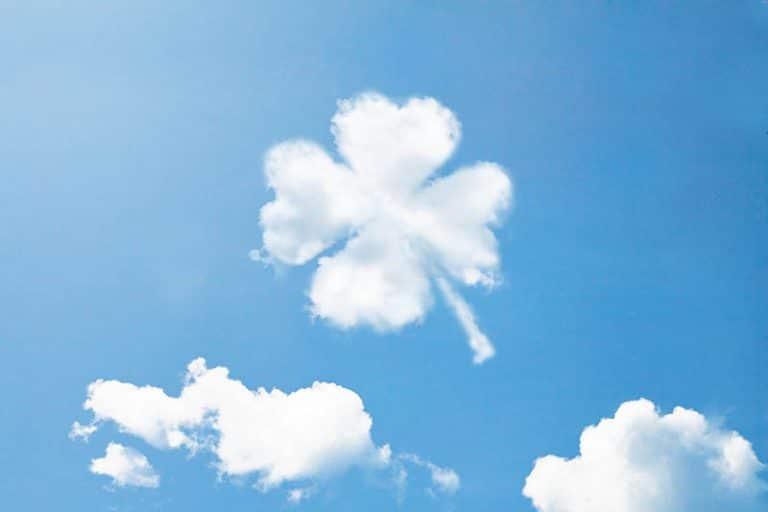 Are you lucky? Some people think they are, and others believe they are not. In fact, those who feel that bad luck just keeps following them wherever they go think they are the unluckiest people around. And unfortunately, it is true that some are not as lucky as others. But perhaps that is one of those things that boils down to perspective.

Sometimes when things are going wrong in your life and you don’t catch a break you have to look at the basics you have. You will at least realize that you have a roof over your head, food in the fridge, and clothes to wear. That in itself does make you lucky because not everyone has the bare necessities.

Does your luck depend on your zodiac sign? Let’s go find out right now.

Aries is the initiator, and this sign may seem quite lucky only because they create their own luck. They don’t wait for luck to be dished out to them from some outside source. They know how to make their own luck through their passionate and unstoppable ways.

However, even when they are struggling with that, they do at times yearn for a lucky break. That goes for anyone really who keeps facing one obstacle after another.

Taurus does not experience much luck and they would not hesitate to say that more bad luck has happened instead of good luck. However, what Taurus does instead makes the best out of a bad situation which is why they are survivors. Their tenacious ways help them get through bouts of bad luck whereas others could easily crumble up.

That is why whenever Taureans end up losing money or end up having one appliance in their homes break down after another, they will find a way to get through it. They are extremely resilient by nature.

Gemini is lucky only because they have their smarts and wits to face any obstacle that comes their way. They know how to remove themselves from it. However, Gemini is also known to not face too many bad luck bouts. Could that also be due to the fact that they rely on their wits to avoid it? It is possible.

The fact that they can rely on their wits makes them lucky. They will be able to think their way through not just out of a bad situation but prevent themselves from encountering one in the first place. Therefore, it is not even so much that luck follows them around. It is more of a case where they use their smarts to keep luck by their side.

Cancer is extremely lucky even though their strong emotions don’t let them see it or appreciate it. The fact that they have a comfortable home, a loving family, and delicious food accessible to them makes them quite lucky. So many others would do anything to have that.

Therefore, if Cancer is going through an intense emotional spell from something going wrong, they need to be reminded how fortunate they are despite a temporary setback causing them to be upset. But don’t invalidate their emotions either, that will only cause them to cry more. Say it in a way where you acknowledge they are upset as you gently remind them about how lucky they are despite that issue.

Leo is not particularly lucky but the thing that goes in their favor is that they have an innate sense of who they are. They know what they can accomplish, and they will find a way around it if they are thrown by obstacles that can stop them from attaining their goals.

Bad luck doesn’t phase Leo as they can find a way to make something positive out of it. The fact that they are highly creative can help them move around the obstacle as well.

Virgo is not lucky either but the fact that they have a great gift to focus and learn, they know how to face bad luck and to learn from it. In fact, they are quite strong because of how they have not had things handed to them and have learned how to make the best of what they do have.

In fact, Virgo can enrich the lives of others for this reason. There is a good chance that the inspiring coach who had nothing growing up and ended up achieving a lot based on their resiliency and hard work is a Virgo (or maybe Virgo rising or may have a Virgo Moon).

Libra is one of the luckiest signs around and the thing is that they don’t take it for granted. They know they are quite lucky and that is why they have a positive outlook on life. In fact, they are known to pay it forward because they want others to experience having a taste of the type of luck that they have.

That is the best type of luck to have. Knowing that you are fortunate and want to share some of that luck with others around.

Scorpio is thought to be quite unlucky due to how intense they are. However, that is not the case. In fact, Scorpio is very lucky. They know how to manifest anything that they want because they know how to put their mind to it.

They know how to uncover mysteries and uncover secrets that will help them manifest they want. That is a priceless gift to have because you can unlock doors whereas others would not know how to access those hidden treasures the same way as Scorpio can.

Sagittarius is the luckiest sign. They just know how to attract good fortune whether they are traveling or they are at home. They will find themselves winning radio contests frequently, they would even be likely to win the jackpot or be awarded free first class – for no apparent reason. Sagittarius is the object of envy when it comes to luck.

The fact that the lucky planet, Jupiter, is the ruler of their sign definitely helps. However, that only makes up one reason as to why luck happens to Sagittarius.

Capricorn may not appear to be lucky.  However, the fact of the matter is when it comes to money, they are lucky. They know how to attract money. They would be likely to make profits from investments and end up with large inheritances from relatives they never knew well.

However, money does not just magically come to the Capricorn. They work very hard for it. Remember that Saturn is the ruler of the sign which has a strong influence on that. Negativity is associated with Saturn because it is known as the ‘Great Malefic’. Keep in mind that if you work hard, you will be rewarded as well. Capricorns work hard, and they will be awarded the money that they work for.

Aquarius is one of the unluckiest signs. They are constantly dealing with obstacles and bad luck, but they fight. And they know how to get past it through their innovative and creative ways of thinking. It does not get them down either because they are used to it and they expect it.

Therefore, Aquarius will just prepare for future obstacles that go their way. They know it is a given, and they have the tools to handle it the best way they can.

Pisces is quite lucky but unlike Libra, there is no appreciation for it. Pisces takes their good luck for granted and expect it as well. Pisces also know how to get things they want and perhaps it is because they intuitively know how to do it or unseen forces guide Pisces to it.

Pointing out how lucky they are to them is the only way they will know. They need constant reminders as well about how fortunate they truly are.

If you have had your share of good luck, mediocre luck, or good luck, now you know why. The inspirational ones are those who have had their fair share of bad luck but found a way to reverse it regardless of their sign.

You have to remember one thing as well. Your sun, moon sign, rising sign, and influential planets all play a role when it comes to luck. For instance, if you have an Aquarius sun which is known to be unlucky but you feel you have been dealt a good set of cards, you could have a Moon or rising sign in a luckier sign such as Libra or Pisces. There is a lot that goes into any personal horoscope that indicates who you are and what you face in life.

What Is Your Favorite Autumn Meal According to Your Zodiac Sign?