10 Reasons Why it is Hard to Love a Virgo 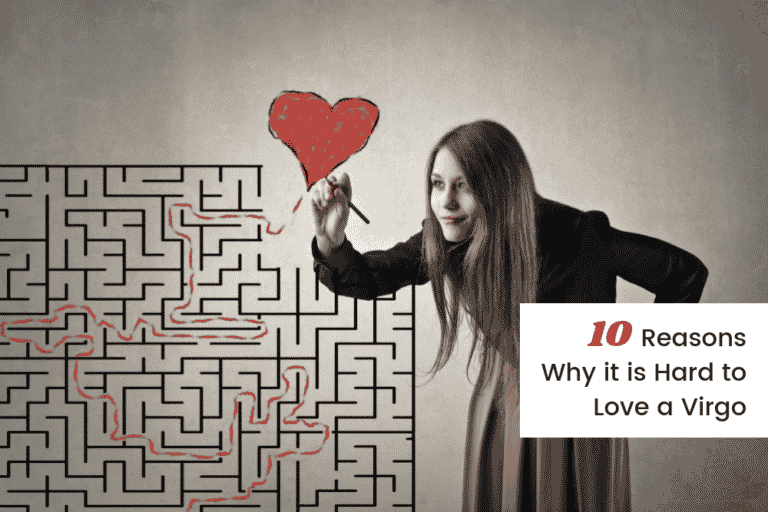 Love is something that comes naturally and need not be stimulated. But the pain of this love not being reciprocated is one of the most troublesome things a person can face in life. Because it involves not only the heart but also the soul itself. But to Love Virgo is like pushing yourself to face this pain more often than usual. As a Virgo is different than all the other stars and that is the reason, they are much more difficult to be loved.

The problem arises when an admirer who wants to Love Virgo, comes into the equation. What he does not realize is that he or she is undertaking one of the toughest stars to love. As it is in the crux of Virgo that it would naturally retaliate against the person loving them. For Virgo, Love Life is more complex than it seems.

Here are some tips as to why it is difficult to love a Virgo.

Dealing with a person who can contemplate the idea of sensitivity to the extent that they don’t realize when they have started holding their feelings inside. By the time they realize this feeling it is too late for them to let their stance heard completely. Soon a time comes when they cannot hold their feelings inside, and they tend to blow up into a bomb of emotions.

Anyone who Loves Virgo should anticipate this frame of mind and be prepared for the explosion. But the most important of all is that they don’t react to what the Virgo says as they are this way.

A Virgo hates playing mind games, and they are not designed to guess or make assumptions. That is not what they are and to make them do such things is like forcing a fish to fly in the sky. They would end completely shutting you out. It is in the Virgo Love Life that they expect their partners to be completely reliant to their expectations; otherwise staying with them becomes very arduous.

But what they want is that their partners stay true to them, which becomes an effort as they are sensitive beyond measure and would end up getting hurt.

A Virgo is a type of star, which is obsessed with order and neatness. It cannot bear the idea of an untidy place. Whenever a partner who is settling in with a Virgo, it becomes very difficult for them to realize that they are control freaks regarding the order of things. This may bother the person to the point of madness. But once the idea settles in it becomes very easy.

A Virgo has the capability to give their one hundred percent. But the idea that they are not getting what they invested would want the relationship to die out because their sensitivity comes into play. The whole notion changes when a man is committed to Loving Virgo Woman as the question of the soft heart of the woman arises.

They don’t want to be taken for granted as that is their worst fear and would try not to indulge in such relationships in which such questions arise.

A Virgo is extremely social, but they do have a drawback of being excessively independent, and they want to keep it that way. In order to Love Virgo, one must realize that they don’t like it when they are bounded by their partners. This may even include asking time from your partner, because it may hinder their path to their goals. Because of their true nature of giving 100%.

6th Reason: Being Critical of Themselves

A Virgo is a notorious critic of itself because of their ridiculously high aims and goals. If they are not working to achieve these goals, they will end up criticizing themselves and moving into a zone where they would shut off the rest of the world from them, and this also includes their partners making it difficult for them to love them and bring them back.

A Virgo would give its all to a project once they have committed themselves to it. This is in their nature. But the hook comes when they expect the same from their partners as well. They would easily tire from a person who would not follow his or her dreams with the same zeal and zest as they do themselves. So, in order to Love Virgo, one must realize that they must be ready to accept such behavior from their partners.

Staying consistent is the key source of getting to the high grounds of success. A Virgo has a special trait of not staying with their friends because they are fiercely independent people. This leads them lonely, and slowly and steadily they lose their friends’ circle.

Being a type of star that hates lies and supports truth to the point where they can even hurt their partners. They would describe their opinions bluntly which may harm the feelings of their partners.

Virgo is termed as judgmental as they are overly critical of their partners. They cannot ignore mistakes as they are a perfectionist. They quickly draw conclusions and usually plunge deep into a person’s personality. Which is very necessary to have on a relationship which makes it hard to love a Virgo man or woman.

Being overly perfect they are constrained to the idea that they would want their partners perfect. This also includes ridiculing them at a certain point of time, causing an issue of mistrust. To Love Virgo, we must keep in mind that they want to control their partners during their relationship.