For this review process, I am looking at three main factors: the knowledge and wisdom of the author, the readability and delivery of the knowledge, and the usefulness of the book – in practice or for building an understanding of the field.  Beginner books will be delineated from more advanced techniques from largely philosophical and or theoretical books.  Most of the books will fall somewhere between beginner and theoretical, with an eye towards usefulness.  When I began, I read as much as I could from past and current authors and explored many different techniques until I finally settled on my particular way of doing Tarot and oracle card reading, which has become my signature style.

The Book – The Tarot by Cynthia Giles

The full title of this book is The Tarot: History, Mystery, and Lore. The ISBN 13 number for this book is 978-0671891015 and it is currently $17.61 USD on Amazon at the time this article was written.  If you are a used book junkie, you can find a copy on Alibris for $2.30 USD.  Published in 1992, this book “traces the origins, meanings, and uses of the Tarot cards through the ages” (back cover).  “Of the ten Tarot books, I wouldn’t do without … offers explanations for how Tarot works, taken from psychology and the new physics, without discounting a truly metaphysical dimension.” Mary Greer, author of Tarot for Your Self, Tarot Constellations, and Tarot Mirrors (back cover).

The book is well-edited, with a useful table of contents at the beginning of the book, extensive endnotes for each chapter, a Tarot booklist near the end, and an extensive index at the end. Cynthia Giles is a scholarly writer with a very accessible writing style.  She holds a PhD in Humanities from the University of Dallas, Texas, specializing in Jungian studies. While no one books “does it all”, this book is certainly a must-have for any Tarot enthusiast and professional reader.

The book is broken into three parts, starting with History, which includes chapters on The Historical Tarot: Facts and Interpretations, The Esoteric Tarot: Discoveries and Inventions, The Makers of Modern Tarot, The Transformation of Tarot, and Interlude: One Tale of Tarot.  Part 2 covers Mystery, with chapters on Tarot and the Occult Tradition, Tarot, and the Imagination, Tarot as a Way of Knowing, Tarot in the Light of Science, Interlude: Quantum Exercises for Tarot Readers, and Tarot and the Life of the Spirit.  Part 3 covers Lore, with chapters on A Sampling of Tarot Decks, A Tarot Booklist, and Closure: A Dozen Tarot Ideas.

I do highly recommend this book, not only for the scholarship, which is thorough and deeply informative but also for several of the practical applications included in the text.  In the scholarly work, Giles connects the Tarot cards to the sephira of the Kabbalah Tree of Life (30-31) and provides one of the best historical timelines for the development of the first and subsequent decks (6).  She also does an outstanding job explaining the suits and the major arcana and how the Tarot works and can work.  In the Mystery section, she also connects the Tarot with the chakra system (97).

Once she gets to chapters 6, Tarot and the Imagination, and 7, Tarot as a Way of Knowing, she has laid a comprehensive framework for the foundations that support the cards “at work”. Veering far away from any kind of deterministic, fortune telling, fated use of the cards, she uses these two chapters to explain the creative and empowering use of the cards that makes them such a helpful tool, especially in our current era.  The basis for the best in esoteric practice derives from the concept of archetypes, universal images, and concepts that bind humanity and give us access to wisdom when used creatively and judiciously.

On page 128 she lays out a reading process under the heading of Tarot Divination, breaking it into 5 steps: The Significator (identify the card to represent the person getting the reading), Shuffling (the process of “energizing” the cards by either the reader or the querent or both), Laying Out the Cards (known as a “spread”), Assessing the Cards (such as, how many major or minor arcana appear or do you see any special combinations), and finally Giving the Reading (which she believes is meant to be a dialogue between the reader and the querent).

Later in the same chapter Giles says of a reading, “it is the process which is key, not the content, just as – on a psychological level – the process of reading Tarot in itself brings about the benefits of the flow state, and just as the experience of the Tarot reading brings about for the querent a clarified and objectified state of mind [cards on the table in front of and separate from them], regardless of what is actually discovered in the cards” (138). So, there is a deeper level of experience by engaging the process and more apparent level in seeing and interpreting the actual cards in front of you.

The book concludes with a nice section that offers a Dozen Tarot Ideas, including creating an “idea” deck; photocopying your cards in black and white, enlarging them, and coloring them for yourself; making a Tarot notebook; recording your readings, and so on (227-229).  This book was one of my foundation books for building my reading practice and it has proved invaluable.  Every so often I will revisit the book and look at sections where I have highlights or notes to remind myself of the way her work influenced mine.

I have an academic background; my PhD is in English (1996) and my concentration was rhetoric and composition.  Astrologically speaking, I am an Aries Sun with Mercury, my point of communication, also in Aries.  These two facts about my background and astrological identity are the two main “lenses” of how I pick and interpret books.  I want them to be well-written, researched, and presented (my academic lens), and I want them to be useful, direct, and pithy (my Aries Mercury lens).

I will be most helpful to you if my point of view and your point of view have significant similarities.  If you spend enough time reading music, book, or movie reviews, and you explore a number of different reviewers, you probably experience a thrill when you find the reviewer that hits your sweet spot and you can trust him or her to give you a heads up on music, books, or a movie in a way you can trust.  When you listen to music, read the book, or see the movie by “your” reviewer, you know you will not be wasting your time. I want to be “your” reviewer. 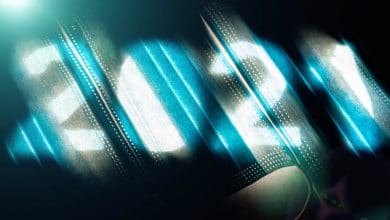