Can Pisces Woman and Leo Woman be Friends? 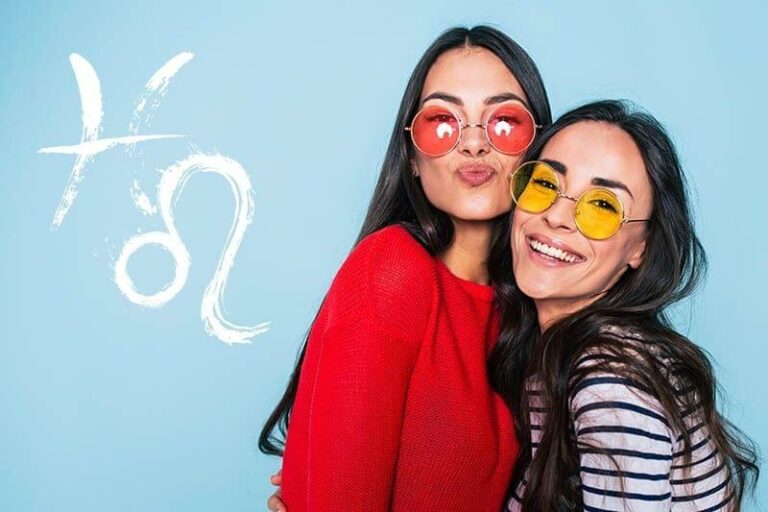 I know a Pisces girl, a very devoted and loyal friend whose heart was always in the right place. Unfortunately, she was mentally ill, and that made certain things difficult. She couldn’t always be on top of her game, and sometimes she was just outright struggling.

She was close to two Leo girls who were always so kind and warm to her, but the Pisces girl didn’t know she was being judged.

Leo Woman and Pisces Woman Are Best Friends Until She Weds

The other Leo friend would listen to this Pisces’ problems and secretly judge her. When it came time for her to get married, she didn’t want the Pisces to be there. She didn’t trust her. She was worried about so many things going wrong as a result of her. Even if this Pisces had always been there for this dramatic Leo, she cared too much about her wedding being epic, then she did for the friend that she was essentially using, and it was true. Every time this Leo was happy, she would bug off and be gone from the Pisces life. As soon as the Leo had a problem or a heartbreak she’d run back to the compassionate Pisces. Who naively just wanted to be friends with what she thought was such a great, amazing girl.

The Leo wasn’t even apologetic about it. She just listed all the reasons why she did not want the Pisces there and then unfriended her on Facebook. Typically, this Leo feels she was “really there” for this Pisces, but really, it’s, that, “wow, shit, we’ve been talking about me for a while, I better ask about you.” And Leo women really do prefer talking about themselves—they are all ears when you have something endearing to say—about them.

The Pisces adored her still and picked up her call whenever it rang throughout the day. Once it was to show her and send pictures of the vintage wedding dress she found and planned to get wed it. This meant something to the Pisces that the Leo would share this with her, she felt maybe she would be a part of the wedding. It was no question that this Leo and Pisces had different friends and only ever really hung out or talked just the two of them. The Pisces didn’t know if she was publicly close enough to her Leo friend to make the wedding cut, even though they had shared so much between them emotionally. They had spent hours on the phone sharing their deepest thoughts. The Leo had literally fallen apart and cried in the Pisces’ arms while they spent the night together, supporting each other as two loving friends do.

This was a nice picture to paint over the reality. The Lion would not be getting married in a vintage dress, no she upgraded to glamour and glitz, but this time it would be for the Pisces to see (over social media) in actual wedding photos, photos she wasn’t a part of.

In the end, the Leo felt the Pisces was too much of a liability to have at her wedding. She couldn’t really afford it, she didn’t know anyone well, she had been doing some strange things in her personal life, and it was clear she was not mentally unfit. The Leo made no fuss about it, it was direct, and a clear-cut total stab in the heart for the Pisces would have been perfect for her friend if her friend could give her a chance. If her friend could see that aspects of her were not well or perfect, but that she could be on her best terms if she felt welcomed, wanted, and supported. Instead, she was bullied out of a wedding that she was never destined to be a part of by a friend she had supported for over 20 years.

Small communication took place after this. The Pisces even apologized to the Leo telling her that she had gone to treatment and learned she was right not to have her at the wedding. If someone is sick, they should know their place. This still wasn’t enough for the Leo to take back the Pisces fully. If anything, she found her exhausting and did not want to re-open that can of worms. That was fine because the Pisces knew her Leo friend never truly valued her the way that she should have, and that she was a part of the problem and not the solution. People need to be more educated, sensitive, and aware about mental health and they are just not because they can’t see what’s not nakedly visible to the eye. You might think you’re saving your wedding from some hell of a person, but in truth, you are discriminating against diversity, and this applies to race, gender, class, everything.

The Pisces found it all too close to home, as growing up with this Leo she had learned that a lot of people called her fake. She had said some pretty mean things about her friends and the people in her life—she had another side to her. The Pisces just never thought that she would be subjected to it.

The Second Leo and the Same Pisces

Pisces is brutally honest, and this doesn’t always go over well with Leo, who needs their milk with a lot of sugar. Still, these two can form a great, exciting, and stimulating bond. This same Pisces had known this Leo girl for a while, they always go along. The Leo once said, “I have a friend crush on you” to the Pisces, and as time passed, they found themselves in each other’s company.

They started seeing each other so regularly that the Pisces was calling this Leo “one of her best friends” and the Leo was agreeing. The Leo was getting married soon, and the Pisces had spent time with the couple and really enjoyed their great hospitality and their company.

There were issues though. Leo couldn’t handle Pisces’ actions out in public. Pisces was rarely happy with the food, and anyone who knew her knew that her condition made it hard for her to eat so she was always going to be picky and a bit difficult at restaurants, but she was kind and self-aware and tried her best to please the people around her, especially this Leo. It was never her intention to offend anyone, she knew was the weirdo in this case.

Turns out this Leo friend had a lot more issues with the Pisces than she knew about it.

When it came down to sending invites out to her wedding invites, the Pisces got one in the mail, only after being asked if she could afford it.

The hope was, let’s invite her, and hope she can’t afford it.

The Pisces was so touched, and in such desperate need to get away that she instantly got on the phone with her brother to see about borrowing money. He basically said he’d help her out, and once this Leo friend got word that the Pisces was actually coming, she started to retract on her invitation.

It was clear, the Pisces made the Leo feel too insecure, too worried, and she was not genuinely invited to this wedding. The Pisces could see the signs in her texts, but she wanted to fight for a chance, how could this be happening to her again with another close Leo friend, and why now? The Pisces wasn’t in poor condition. She had no problem with this Leo’s friends. Once again, it was a matter of being the odd man out. The wedding would be with a crew of people who were all friends. The Leo was worried, The Pisces would start problems. When in actuality all of this Leo’s friends are so kind to this Pisces and she can’t recall a bad moment with any of them. If people really knew this Pisces, they would know that she leads with her heart and then her head and she doesn’t like arguments or drama of any kind. Despite this Leo’s worry, she would never insult the food or anything about the wedding. Pisces are selfless, they would never make someone’s special day about themselves. This all just made the Pisces feel so misunderstood. The Leo wanted her to sit out the wedding but still maintain a one-on-one relationship with her. The Pisces just could not do it. Her whole life she had been uninvited, rejected, excluded, and unwanted. She could not have friends that were ashamed of her or friends who wouldn’t be proud to include her, of friends who made her feel like something was wrong with her (because there actually Is something wrong with her), like she wasn’t okay or acceptable or loveable just the way she was.

In the end, the Pisces felt very hurt and attacked so she said some rude things. The Leo blocked her. The Pisces apologized from a separate account, saying, “I love you and that’s why it hurts so much”, but she never got a reply. The Leo probably blocked that account too. It’s easier for her to blame the Pisces’ reaction to being uninvited on the reason she didn’t want her there when she just can’t see how much she hurt the already wounded Pisces.

Can Pisces woman and Leo woman be friends? In the case of this Pisces, it wasn’t just these two Leos, but also others, who showed her that maybe seeking deep, long-term friendship with a Leo woman is a bad idea.

How Altruistic You Are Based on Your Zodiac Sign

Your State of Mind According to Your Zodiac Sign