What Are the Best Movies for Taurus?

Home » Blog » Horoscopes » What Are the Best Movies for Taurus? 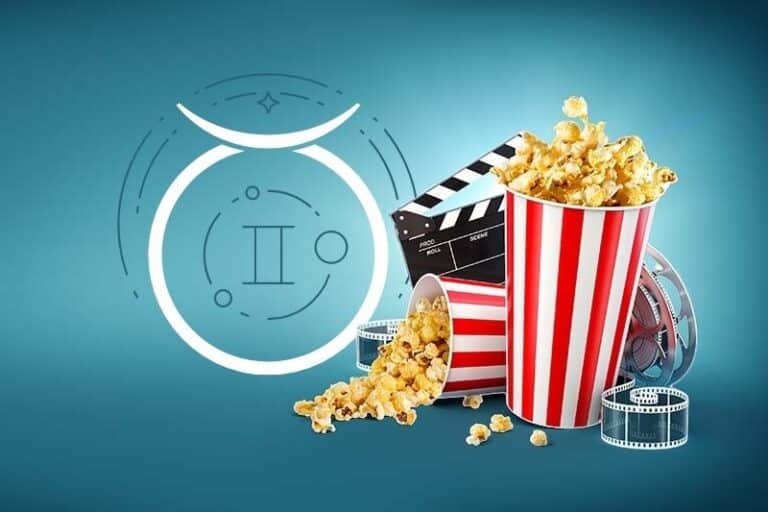 Each astrological sign expresses itself and perceives the world in certain ways, which means each one will enjoy the many different genres of entertainment in particular ways. This series of articles will suggest an example movie from ten different categories for each astrological sign. The plot and characters exemplify the qualities each sign would enjoy. This article will be about the movies for Taurus.

What Are the Best Movies for Taurus?

As one of the most practical of the zodiac’s signs, Tauruses appreciate comedies with warm and good humor and avoid the vulgar and cheap humor.

Taurus is the fixed earth sign of the Zodiac, so movies for this sign should include tradition, perseverance, fortitude, and storylines tied to nature, hard work, and settling the land. Venus rules this sign and focuses on the joys of the body, so movies about food, sensuality, and sex will appeal to people with this Sun sign

Babe is a 1995 comedy, which tells the story of a pig who wants to do the work of a sheepdog. The main animal characters are played by both real animals and animatronic puppets, and the lead human role is played brilliantly by James Cromwell. The main plot involves training Babe to herd sheep for a county fair contest.

Taurus is a sign that loves the land, farming, and the simple life. The comedy is clever and never crass, which will appeal to the Venus-ruled Taurean. Good-natured fun with a consistent theme of persistence will make the Taurus viewer appreciate the main character, Babe, the pig. The animal characters and the farm setting will also appeal to Taurus’ earthy nature.

Starring Robert Redford and Scarlett Johansson, long before she became famous as Black Widow, in a story about a talented trainer with a remarkable gift for understanding horses. The trainer, played by Redford, is hired to help an injured teenager and her horse back to health following a serious accident.

Kristin Scott Thomas plays Johansson’s mother, who tracks down the Horse Whisper to help her daughter and the horse recover from the terrible incident.

Besides being another movie about how to persevere and overcome long odds with persistent hard work, perfect for the Taurus viewer, the movie also has the strong connection between people and animals, in this case, horses.

Of the many animals that could best represent Taurus, besides the bull, the horse would be another. The pace of the movie will also appeal to a Taurus, taking its time to unfold the story and show the effort everyone has to make to heal and keep going.

Starring Sylvester Stallone in the Oscar-winning best picture of 1976, Stallone wrote the film. A Taurus does not need non-stop action, but the action should showcase the physical strength of the character and the effort he or she puts into training to be great.

The love story between Rocky and Adrian, who he is fully devoted to, is a pitch-perfect for a Taurus.

The final fight scene between Rocky and Apollo Creed (played by Carl Weathers) ends with the sports announcer making a definitive Taurean statement, “the greatest exhibition of guts and stamina in the history of the ring”. All the right themes of hard work, dedication, fortitude, and loyalty will keep your Taurean friend, partner, or lover engrossed until the very end.

Shaun of the Sheep

The movie, released in 2015, is a British animated adventure film based on the 2007 British television series Shaun of the Sheep. The film follows Shaun and his flock into the big city, where they go to rescue their farmer. Unfortunately, he ends up there, and in trouble, because of amnesia as a result of their mischief. While they are trying to save the farmer, they are chased by an animal hunter who wants to kidnap them.

In the comedy films they will enjoy, Taurus appreciates physical humor, which you can do in extremes with animation. Also, the movie has no dialogue, which also works for a Taurus, who would rather get things done than “sit around jawing”. The farm versus city juxtaposition will also make the film enjoyable for a Taurus, as will the clever twist that happens to the farmer when he finds work in the city.

Originally released in 1984, a new version came out in 2021. “Set in the distant future, the film chronicles the conflict between rival noble families as they battle for control of the extremely harsh desert planet Arrakis, also known as “Dune”.

The planet is the only source of the drug Spice, which allows prescience and is vital to space travel, making it the most essential and valuable commodity in the universe” (wiki synopsis).

The idea of legacies and ancient family lines battling for control of the universe will certainly appeal to Taurus. Also, the fact that the most powerful substance in the universe is something organic, that you ingest to give you power, both enhanced physical and mental abilities, will also strike the right chord with the Taurean viewer.

Both the original film and the remake also capture the rich sensuality of the characters as they vie for power and control of the entire universe.

The movie, released in 1989, is a magical realism fantasy film starring Kevin Costner as a farmer who builds a baseball field in his cornfield that attracts the ghosts of famous baseball players, including Shoeless Joe Jackson (Ray Liotta) and the Chicago Black Sox.

Troubled by his broken relationship with his late father, Costner’s character, a devoted baseball fan, fears growing old without making any kind of mark in the world. When he hears a voice telling him, “If you build it, he will come”, he has a vision of a baseball field with ‘Shoeless’ Joe Jackson standing over the diamond.

Why Taurus Will Love It.

Baseball, a cornfield, and the ghosts of some of the greatest and first players to play the game, what is there not to love for a Taurus? This movie has another strong trait that Taurus will enjoy in the narrative, faith.

The lead character will have his faith tested throughout the movie and he keeps going, even when the doubt becomes nearly unbearable.

If you select the films to watch with your Taurus friend, partner, or lover, they will be pleasantly impressed with your choices.

The Numerology of Captain America

Taurus: Who to Date and Who to Dump