What Are the Best Movies for Cancer?

Home » Blog » Horoscopes » What Are the Best Movies for Cancer? 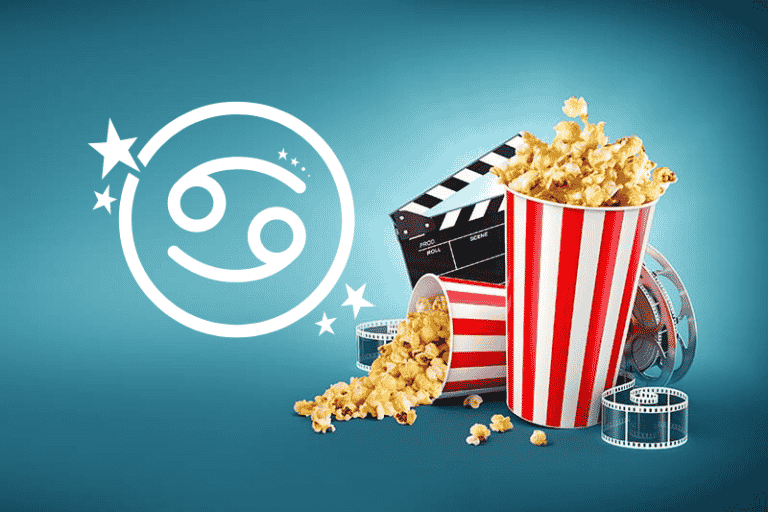 Each astrological sign expresses itself and perceives the world in certain ways, which means each one will enjoy the many different genres of entertainment in particular ways.

This series of articles will suggest an example movie from different genres for each astrological sign. The plot and characters exemplify the qualities each sign would enjoy. This article will be about the movies for Cancer.

Cancer is the cardinal water sign of the Zodiac, so movies for this sign should include intense emotions, strong obligations, and nurturing roles, with storylines tied to family, health, and tragic characters.

The Moon rules this sign and focuses on the power of the heart, so movies about love and heartache will appeal to people with this Sun sign

The movie has an ensemble cast and follows the love lives of eight different couples. The themes for each couple range from unrequited love to new, first love to betrayal to love after loss. Set in London, the story does mix in some American elements, producing comedy gold along the way.

Cancer is a sign that loves to have its heartstrings pulled, even if some of those strings involve heartache. The emotional range, which includes a very difficult situation where one of the couples cannot have what they truly want because of an obligation one of them will not release, is oh so Cancerian.

In fact, what makes the movie so good for Cancer is they will be able to see themselves in all of the characters, even the one who betrays the other.

Starring Jennifer Lawrence and Chris Pratt, this movie deals with a situation where a colony of people travels through deep space in suspended animation for the duration of a 100 plus year trip.

Unfortunately, one member of the colony gets released from his pod 90 years before they are set to arrive. Unknown to the rest of the colony members, the ship is in peril, and the dramatic story unfolds as the lone, awake traveler faces his dire situation.

The story is tightly focused on the two lead characters and a building problem that must be resolved before everyone else dies. The deep range of emotions, well-acted through focused storytelling, makes this a drama a Cancer can sink his or her emotional teeth into.

The issues of loneliness, companionship, and responsibility are foremost in the arc of the narrative. Perfect for a Cancer viewer.

Starring Russell Crowe, the IMDB synopsis is “A former Roman General sets out to exact vengeance against the corrupt emperor who murdered his family and sent him into slavery.” In an effort to confront the emperor who betrayed him, the once glorious general rises in power through victories as a gladiator.

A sweeping epic film directed by Ridley Scott that won the Oscar for best picture.

Cancer is not a sign averse to violence, especially when it serves the greater purpose of revenge for the death of a mother and child, which underpins the motivation of the lead character. Duty and honor, betrayal and dishonor, are themes Cancer finds fascinating, especially when they are delivered with eloquence by Oscar Caliber actors and a film with sumptuous details, charging emotions with both the story and the visuals.

The movie centers around Moana, who sets out on a quest to save her island home. The wiki synopsis is excellent, “The film tells the story of Moana, the strong-willed daughter of a chief of a Polynesian village, who is chosen by the ocean itself to reunite a mystical relic with the goddess Te Fiti.

When a blight strikes her island, Moana sets sail in search of Maui, a legendary demigod, in the hope of returning the relic to Te Fiti and saving her people. The plot is original but takes inspiration from Polynesian myths.”

The movie centers on a young woman and has strong themes around family and the feminine divine. Cancer is the sign that rules the 4th House of Family and the Moon, Cancer’s astronomical ruler, is most often associated with the mother.

The key themes of responsibility and caretaking, which drive the character, will keep Cancer’s interest, as will the development of Moana’s leadership skills. Cancer is, after all, a cardinal sign, just like Aries, Capricorn, and Libra.

The IMDB synopsis states, “After the crew of the Enterprise find an unstoppable force of terror from within their own organization, Captain Kirk leads a manhunt to a war-zone world to capture a one-man weapon of mass destruction.” This movie is the second installment of the newest set of Star Trek movies produced by Paramount Pictures. Chris Pine returns as Captain Kirk and Zachary Quinto as Mr. Spock.

The theme of family is front and center in this second installment, giving depth to the villains as well as the heroes. It’s not that Cancer will not appreciate the amazing special effects; they will just focus more on the interpersonal dynamics that drive the characters to relate and be motivated.

Benedict Cumberbatch delivers a standout performance as Kahn, a particularly Cancerian villain matched up against a definitive Aries hero in Kirk.

It Starring Edward Norton, Jessica Biel, and Paul Giamatti. The IMDB synopsis reads, “In turn-of-the-century Vienna, a magician uses his abilities to secure the love of a woman far above his social standing.” Norton plays Eisenheim, the peasant cabinet maker turned magician, and Biel plays Sophie, the Duchess von Teschen. They meet as children and fall in love as young adults, but their different stations in life keep them apart.

Why Cancer Will Love It.

The “do anything and everything for love” theme will resonate with the romantic Cancer. Cancer is also a sign that appreciates historical dramas where power is often more nakedly on display, making the struggles to survive and overcome more profound. A life-long love that started as an innocent friendship, became true love, and patiently overcame overwhelming odds is an ideal story for a Cancer.

Honorable Mention for the best movies for Cancer

If you select these films to watch with your Cancer friend, partner, or lover, they will be pleasantly impressed with your choices.