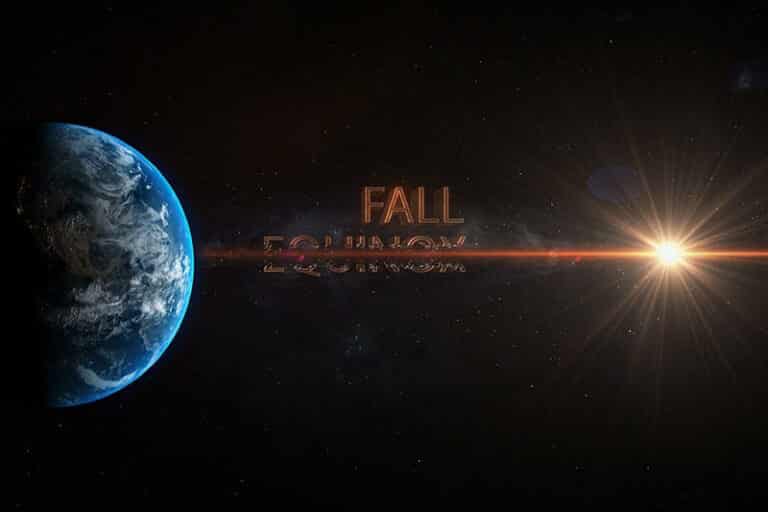 The last season of the year, the final quarter, has begun. 2021 has already been eventful and dramatic but it is quite possible that the next 3 months will make the previous 9 seem like the three periods leading to overtime in the playoffs. And yet it will also prove disrupting and confusing, especially as we progress through October and following the culminating New Moon in Libra that occurs on October 6.

Autumn Equinox officially occurs on September 22 at 3:21 pm EDT this year. Beyond marking the turn of the season when the hours of day and night are equal, the exact moment when the Sun enters a Cardinal Sign, in this case Libra, presents a fractal preview of the core themes destined to unfold over the next 3 months. This portrait offers a valuable understanding for the sake of prediction and prophecies, for the destined influences that will affect us all collectively.

Libra is the sign of relationship harmony and balance and the challenges of realizing this ideal. It also refers to themes of fairness and justice. All of the above are subject to dynamic changes associated with the fact that every aspect of existence, from the molecular to the cosmic, are ever in cyclic motion. In this regard, the key to balance is to stay in tune with the ever-changing dynamic.

It is worth mentioning that the Full Moon in Pisces, which was exact on September 20th, will be in its waning phase at the time of equinox, lending its specific influence which implies a process of being true to one’s sense of authenticity as an individual. The Pisces influence specifically implies spiritual sentiments and realization on the high side, but deception of self and others and denial, on the down side.

Yet, it should be clearly noted that the Full Moon PHASE lasts for about 3.5 days after the exact peak of the Full Moon. Thus, the chart cast for this exact moment of the Autumn Equinox reveals the Full Moon in Aries, which is a highly reactive and often volatile placement for the Moon. Since the Moon is symbolic of the masses or of the ‘collective mood’ or tone and tenor collective motions, get ready for a round of exceedingly dramatic and volatile reactions from the public.

Mars, which is symbolic of the ‘verb’ in any sentence and in every form, is the ruling planet for Aries where the Moon is, and with Mars in Libra, which is itself a complex placement for action, assertion and aggression, we can expect a dynamic confrontation of sides alternately and, at times simultaneously, launching assaults. In short, the silent war is about to get much louder and aggressive.

Venus is the ruler of Libra and it, meanwhile, is in Scorpio in the Autumn Equinox chart, which is also a complex placement for Venus. This combination of complexity between the celestial lovers reveals the weave of desire, ambition and psychological maneuvering supported by seductive charm. Although Venus and Mars are in mutual reception, which does serve to add grace to their respective expressions in these signs, it can also manifest as even greater degrees of cunning and deceptive prowess.

Mercury in justice and fairness-oriented Libra in close opposition to the Moon in the Equinox chart, and both Mercury and the Full Moon posing an exact 90-degree angle to Pluto contributes to the complexities of this plot, significantly. This is a potent aspect pattern called a T-square which is highly charged and determined to the point of aggression. With Pluto at the apex, this theme of aggression can prove to manifest as ruthlessness. Pluto in government-authority Capricorn is suggestive of continued heavy-handed measures by government authorities.

Jupiter and Saturn, the two ‘social’ planets both in Aquarius, are quite harmonious in their aspects supporting an awakening process stemming from the information war. Uranus, the modern ruling planet for Aquarius, in Taurus and in exact 180-degree opposition to Venus in Scorpio, is the loudest hint revealing that much of the intrigue and complexity of our times is directly related to what is generally regarded as the ‘great economic reset’. While potentially a positive theme, it comes laced with hidden elements determined to own the global monopoly board once and for all. Expect an unprecedentedly large tug-of-war between hidden powers and the mass populations of the world to reach new heights.

Neptune in Pisces all the while is technically ‘unaspected’ producing a wild card effect, posing a challenge regarding how to help people to break from trance-induced denial.

2021 will go down in history books as phase 2 of a global initiation, with 2020 marking phase 1 and the real ignition period will be remembered to have occurred in Autumn. This initiation refers to the entire world becoming unified in a common way due to every place on the planet contending with the same issue.

Metaphorically, imagine you were at a very large indoor gathering and it is very dark outside and suddenly the lights go out completely for several minutes and then, just as suddenly, turn on again with all the flood lights as well causing something of a blinding, startling effect disrupting your entire mindset, perception and attitude prior to the event. Add to this that something significant that was in the room prior, like the head table, was no longer there. It will be interesting to see how this metaphor manifests as various outer synchronicities.

In the bigger picture it is the dawning Aquarian Age that is producing such a massive shift and it is hardly over yet. With Pluto, the planet of transformation entering Aquarius on March 23, 2023, it will activate a 20-year cycle that will likely ‘seal the deal’.

The last time Pluto entered Aquarius was April 4, 1777 – the period of the American Revolution. Thus, by way of a parallel semblance, 2021 symbolizes the build of energies which culminated as the War of Independence.