Skip to content
Home » Blog » Astrology » Do You Have an Astrological Relationship Pattern? 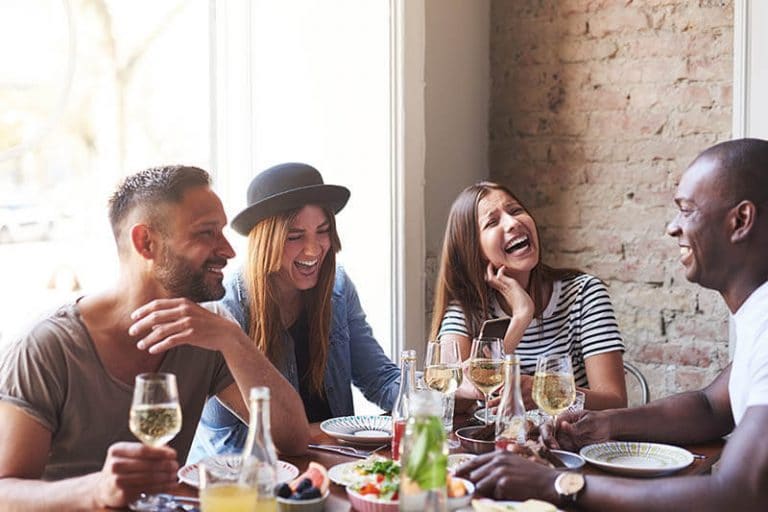 It isn’t hard to calculate your pattern. You just need to make a list of all your lovers, relationships, and friends. Write down their birthday beside their name, and I promise you that you will see a pattern. You will see that there are parts of the zodiac you haven’t even got to know, which means there is unexplored territory for you.

The astrological pattern can show us many things. For starters, who we tend to match the most with. This doesn’t necessarily mean you will end up with that sign. For example, I know of a woman who had connected with a lot of Aquarius men, but it never lasted beyond one night. They had a chemistry that flings are made of. Therefore, you proceed cautiously with future Aquarius men, knowing to keep your dignity intact.

Astrological relationship patterns can tell us who we chose to befriend, but also who you bump heads with. The girl attracting all the Aquarius men is a Pisces and they tend to not get along well with Libras and Geminis. True to form this Pisces girl had only had one experience with a Libra and a Gemini, and neither we’re good. The Pisces girl expressed that she didn’t ever feel any sexy sparks when it came to Gemini men, they almost immediately became friends no matter how good looking you are—it’s really not about the looks, but about the vibe and the amount of chemistry you feel with someone. Astrological compatibility is a real thing, which is why the Astrological relationship pattern is so important. You can really narrow in on your top matches. For this Pisces girl, she saw that things tended to last longer and mean more with Virgo and Taurus men. She hasn’t met some of her top prescribed matches like Scorpio and Capricorn, but she’s keeping an open mind to doing so. In this case, doing the astrological relationship pattern, helped her determine what her top choices are, and which signs she should be paying attention to.

You don’t want to get too preoccupied with ruling out signs though. There is Venus compatibility, which plays a huge factor in whether or not you would hit it off with someone. So it’s basically saying that you can’t really rule anyone out because you don’t know what their birth chart reveals about them. Except in the cases of the signs you’re prescribed against, it is likely that despite their Venus, you still will not hit it off with them.

What Does It Mean if You Only Connect with Certain Signs?

Likely, there will be a common denominator. For example, the Pisces girl we discussed earlier realized that she was the most valued when she was dating a Taurus. This pattern proved to be a successful one, which could lead to the belief that a Taurus is the best matchup for the Pisces girl. It’s not a guarantee, but it’s worth noticing the pattern and what it means to your life.

If you haven’t connected at all with a certain sign, it could mean that they aren’t compatible with you. Or it could just be that you haven’t met these signs yet in your life, it doesn’t mean that you will never cross paths with them or connect with them—anything is possible. Always remember that anything is possible, though some connections were just built to fail like a Capricorn and Leo. I’d love to see this work long-term romantically. As we know, certain signs are soul mates with each other, and their compatibility is written in the stars. It makes sense that Pisces girl connects with Taurus, Pisces and Taurus are 80% compatible. Pisces girl is 90% compatible with Scorpios, but so far in her life, her relationships with Scorpios have all been female. This Pisces girl happens to have her Venus in Aquarius, which would explain potential air sign attractions in love and friendship. Your Venus placing will always complicate your relationships and dictate them. A strong pairing in Venus could make for a match made in heaven. It is the hidden rule of Astrology that if you have your Venus in your partner’s sign and vice versa that you are destined for one another. That being said of course the rest of the chart has to be fluid.

The Astrological relationship pattern will affect friendships and close family relationships. You might notice that you tend to make friends with a certain sign or element, and you might notice that you don’t associate with a certain sign or element. A lot of people tend to find a few signs that they just can’t tolerate. Your Venus sign and the birth chart will also affect your friendships. It is simply natural that certain elements will work better together than others.

What’s the Point of Creating an Astrological Dating Pattern?

It’s interesting and fascinating to unlock your Astrological history to see if there is a pattern. The Pisces girl that I have used as an example in this article expressed that by doing her pattern, she was more likely to see who she’d potentially end up with. She actually narrowed down which signs she wants to date, and which signs she feels will connect with her. She was also able to acknowledge red flags in the zodiac. Find out who you connect the most and least with, do your own Astrological relationship pattern at home.