The Chart of the Winter Solstice 2020 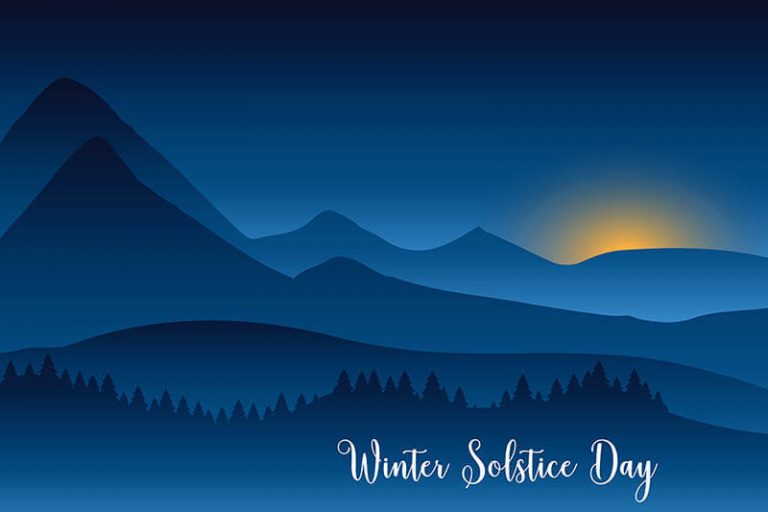 The winter solstice is the name given to the shortest day and longest night of the year, marking the start of winter.  This event occurs around December 21st in the Northern Hemisphere and June 21st in the Southern Hemisphere.  Symbolically, this solstice represents the death and rebirth of the Sun, and a perfect day for self-reflection.

The Chart of the Winter Solstice

The winter solstice will take place on December 21st at 5:03 am in my Eastern Standard Time zone and below is the chart cast for that date in Durham, North Carolina, United States:

Numerous significant astrological markers appear in this chart, indicating that this will be a powerful winter solstice.

At the moment of the winter solstice, the Sun arrives at 0 degrees and 0 minutes of Capricorn.  According to Marcia Moore and Mark Douglas, in Astrology: the Divine Science, the keynote is: the power of individuality manifests through organizational ability” and the symbol is “a mountain climber plants a flag upon a rocky summit” (153).  Capricorn is a “serious” sign, governed by Saturn, the rule maker and “bringer of consequences”.

Each year individually, at the community level, as states, as nations, and worldwide, we must face the consequences of that year’s of action, choices, and circumstances.  This year, in particular, is profound at every level due to the pandemic that has spread across the globe.

Mercury will be less than one degree away from the Sun at 0 degrees and 47 minutes on the day of the winter solstice.  There are three special terms to describe such a close conjunction to the Sun: partile, Cazimi, and combustion.   Here is a detailed explanation of the partile:

However, traditional authors have used the term partile to indicate an aspect that is within 1 degree of exactness.

And a detailed explanation of combustion/Cazimi:

A planet is combust when it is in conjunction with the Sun and therefore hidden from sight by the light of the Sun. Traditionally this is a serious debility and implies that the planet is weakened or restricted in power. However, if the planet is within 17 minutes of the Sun, it is termed Cazimi – in the heart of the Sun – and considered strengthened by the union.

There is some dispute about what constitutes Cazimi as noted on the Astrology Dictionary website:

There appears to have been some disagreement amongst some early Medieval sources about how close a planet must get to the Sun before it is considered to be “in the heart” or Cazimi:

It seems that the earlier authors defined the concept according to the wider value of one degree, whereas most of the later Medieval and Renaissance astrologers used the tighter value of 16 minutes.

Regardless, the merging of the Sun and Mercury indicates a shift of the mind and understanding of the consequences and outcomes of the year 2020.  The keynote for Mercury in Capricorn is “thoughts expressed clearly and rationally” and the symbol is “a librarian arranges books according to a master plan” (156).  There are thus indications that we will begin to “take control” of the pandemic at all levels of our thought processes, further emphasized by the placement of the Sun and Mercury in the 3rd House of Communication.

Scorpio Rising in the Last Degree

A Scorpio ascendant is one of the most, if not the most, intense rising signs.  Scorpio rules death and rebirth.  Its placement at 29 degrees 11 minutes means that it at the anaretic degree or the highest degree of a sign.  Historical opinions vary as to whether or not the degree is enhancing or debilitating.  From my own practice, I have seen more enhancement and increase as well as some “bleed” from the following sign, in this case Sagittarius.

I think we will see people individually and collectively enter the 4th stage of grief, which is depression, and the stage before acceptance.  Mars/Pluto rules Scorpio and Jupiter rules Sagittarius and I see this configuration as the “darkness before the dawn”, which is also appropriate since the solstice will happen before the Sun rises that day.

Every 20 years Jupiter and Saturn come together, but they do not do so in a sequential progression by sign.  The previous Jupiter/Saturn conjunction took place in May of 2000 in Taurus.  The last time Jupiter and Saturn merged in Aquarius was January 1405. And the last time they were as close as they will be this year was July 1623 in Leo.

The conjunction of Jupiter and Saturn in the minutes between 0 degrees and 1 degree of Aquarius will continue the domino effect of significant change, by establishing the persistent new normal that will shape the thoughts and ideals of societies around the world.  This astrological moment neatly coincides with the US Presidential election.  Growing and stark division within US society is leading to a moment in which two very Aquarian outcomes will be “up for grabs”.

Mars in Aries square Pluto in Capricorn, Another Partile!

Next for consideration is Mars in Aries squaring with Pluto in Capricorn, both at 23 degrees, making the aspect another partile, like the conjunction between the Sun and Mercury.  The god of war challenges the god of death, and both are in cardinal signs.  The possibility of open conflict somewhere or in all parts of the world is very real during this transit.  The energy will be felt from top (worldwide) to bottom (individually).

Power struggles and confrontation could reach a boiling point around this solstice and what happens will likely set the tone of the Jupiter/Saturn conjunction in terms of how society wants to move forward from the death/rebirth energy of both the Scorpio Ascendant for that time and day and the symbolic role of the winter solstice.

Even though the energy is volatile, it will still be a good time to initiate new energy and embrace new ways of thinking and visions for the future (Capricorn and Aquarius emphasis).  The description of a “bloody revolution” would fit this matrix of energy; hopefully, the last aspect between Vesta in Virgo and Neptune in Pisces will help keep energy from spiraling out of control.

Vesta in Virgo Opposes Neptune in Pisces, Yet Another Partile!!

Really, it’s hard not to see this chart like a neon sign blaring bright in the night on a New Moon at a bar and grill in the middle of the dessert.  Vesta has not been assigned a rulership or exaltation, but it would easily apply either way in Virgo.  Vesta is, after all, a virgin goddess in the sign of the virgin in the 11th House of Community.  What is home in all our societies, especially ones completely transformed by the pandemic.  On this day Vesta and Neptune will oppose at 18 degrees, so they will seek balance.  Neptune is finally direct after 6 months of retrograde, starting back in June of 2020.

Its journey through Pisces is far from over (not until 2026) and it is known for “spiritualizing” everything while it makes its way through the sign it rules.  In the 5th House, it takes on a lighter, more joyful tone associated with children, play, and love affairs.  It is likely that wide-scale violence a la Mars square Pluto will be tampered down by the very real limits of getting out and about in the world.  Even with promising vaccines in production, the impact of them is months away.

This opposition seeks to bring into balance the practical restructuring of home in society (Vesta in Virgo in the 11th House) with the hopefulness of spiritual meaning as a creative vision to survive the psychological and spiritual impact of death and lockdowns (Neptune in Pisces in the 5th House).

To say that we are entering a time of a “Brave New World” or a “Great Reset” (a la John Mauldin) or “the Fourth Turning” (a la William Strauss and Neil Howe) is not hyperbole.  Life is truly making a distinct turn at this point in history.

Do You Have an Astrological Relationship Pattern?

Book Review: Numerology and the Divine Triangle by Faith Javane and Dusty Bunker