Skip to content
Home » Blog » Psychic Readings » What Psychics Say About the Afterlife? 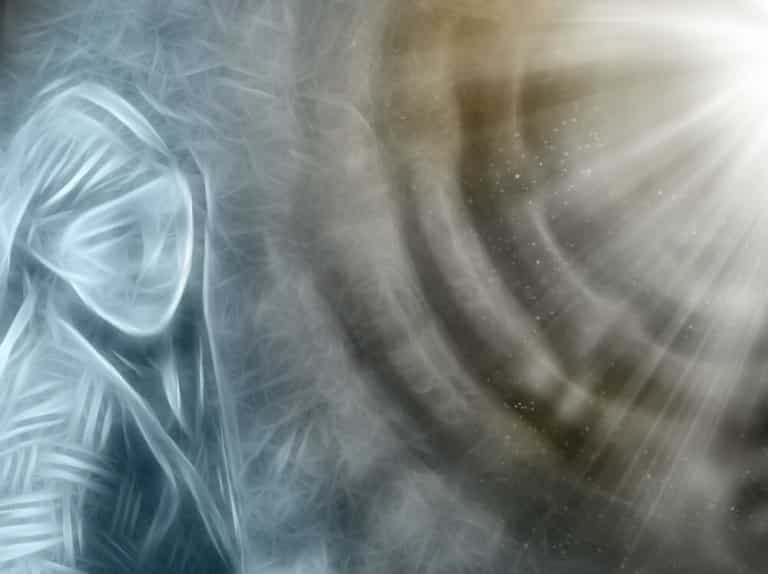 The afterlife and its existence is an aspect of life that is debated in all areas of life. Religions each have their own view, atheists have another, spiritualists sometimes fall somewhere in-between. When it comes to the topic of the afterlife, there are typically two main questions that any psychic will be asked, assuming of course that they communicate with spirits, as not all psychics do. The first question may seem simple but is certainly the most complicated: is there an afterlife? The second question relates to knowledge: what do those who have died say?

In this article, we’re going to cover some of the more important aspects surrounding what psychics say about the afterlife. We’ll look at what any psychic medium who could sense energies and spirits would have to say on the matter, we’ll explore the notion of ghosts (and whether they mean you harm or not), and we’ll discuss the very nature of the afterlife and how it relates to your spiritual journey. Do you have to believe in the afterlife in order to fully experience other psychic practices?

As we explore what psychics say about the afterlife, we quickly learn that from their perspective, there really is no doubt as to whether an afterlife exists or not. This is particularly true of psychics who interact with spirits, even if their interaction is limited to sensing the energies or presence of these other-worldly being.

Many psychics have come to the conclusion that while ghosts (often described as spirits) are very real, they are much rarer than entertainment media would lead you to believe. The problem with the detection of spirits is that each person will have varying abilities. So, while one person may not sense a spirit, another person might be able to. Not to mention that many spirits are reaching out to certain people.

Speaking of ghosts, it’s important to understand that there are different types of spirit. Psychics report two main spirit types. These “types” relate to the reason why this spirit is venturing into the physical world.

A spirit that is wandering is likely to be loving or lost. After death, some people are held here in the physical world (in some form at least) by their longing to stay with a partner, friend, or family member. This love is powerful enough to cause their spirit to “haunt” a familiar area or even a person. If you’ve seen many horror movies, this may sound a little terrifying, but in most cases, a spirit such as this will only be felt, not seen.

The other main ghost-type is those that are lost. When a soul leaves or tries to leave, the spirit world, it can become confused, lost, and begin to wander. These spirits don’t mean you harm, they are simply lost. Many psychics will do their best to help guide such spirits across the boundary into the spiritual world, where they can find a better understanding of their place in the universe.

As we continue looking at what psychics say about the afterlife, we can get a real sense of change that takes place after death. People are still how you remember them, their personality doesn’t change, but their perspective does. Death allows us to experience something new and unique. We don’t remember death, even if we have experienced at the end of previous lives, and so passing from life to the afterlife (in whatever form that takes), we can consider those aspects of life that truly meant the most to us.

This is one of the reasons that some people don’t recognize spirits, even if they should be incredibly familiar. Our focus can shift: someone who was obsessed with money and material possessions in life may seek only love from family in death. Would you not struggle to recognize someone who had changed in such a manner? Particularly when you can’t recognize them physically.

Psychics don’t focus just on spirits, they actually relay messages of importance. Some of these messages come in the form of warnings. If you want to work as a psychic, then you’ll need to understand these warnings and why they are important. One such message relates to the importance of psychic protection.

As we finish looking at what psychics say about the afterlife, we find one common question that includes both the afterlife and our interest in spiritual phenomena. Do we have to have faith or belief in the afterlife in order to fully engage in other spiritual practices such as psychics readings, meditation, or others?

Some psychics will say yes while others will say no. Many psychics will encourage you to remain open and question everything. So, while you don’t have to believe in an afterlife or actively search for knowledge related to it, you should at least remain open to the possibility of its existence.

By remaining open, any information you come across that adds evidence to the concept of the afterlife (whether it be spirits or simply the existence of the spirit world) won’t be blocked by your closed mind. That way you can still involve yourself with other spiritual practices and will hopefully find your path, whatever it may be.