What Medieval Job Would You Have Based on Your Zodiac Sign?

Home » Blog » Horoscopes » What Medieval Job Would You Have Based on Your Zodiac Sign? 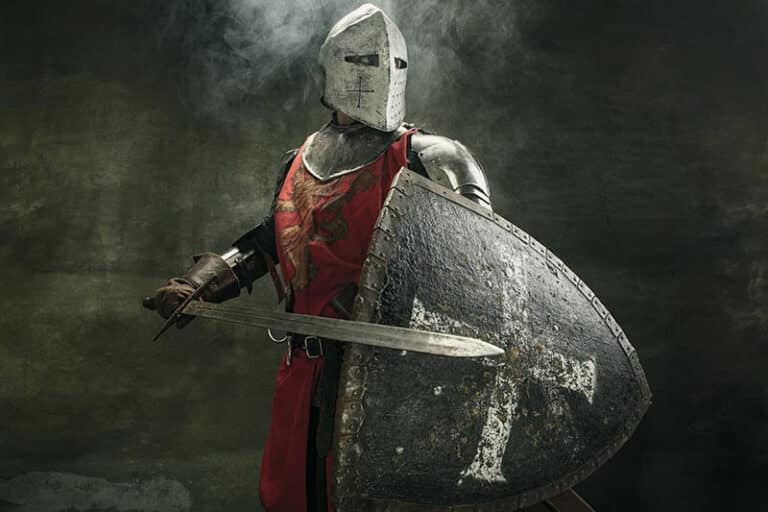 When you think about medieval times, you have a hard time imagining how people lived. Not only did cars not exist, but we live in a world now where technology is everything. It is hard to imagine living in a world without technology, which means no smartphones, no tablets, and social media. That does not go very far back either. Therefore, there were no jobs even 25 years ago that had to do with social media management or SEO. Why not think about the jobs that were available way back, which some exist even today. Think back about the type of jobs available during medieval times, and what would your ideal medieval job be based on your zodiac sign? Let’s find out.

Whenever you think about surgery back during medieval times, you cannot help but feel chills down your spine because there was no anesthetic. However, those with the Aries sign are quick-moving, confident, and competitive. That is why those with this sign would have been the ideal barber-surgeon during medieval times. In addition, there were so many upheavals back in those days with plagues and other significant societal changes. That is why barbers often stepped in as a surgeon if needed, and the Aries would also have the confidence to perform medical procedures.

Taurus is very hardworking and determined, which is why they have that stubborn nature. Therefore, the ideal medieval job for a Taurus would be a blacksmith. Their earthy character would provide them with the tenacity and patience to do medieval blacksmith work. That means medieval blacksmiths produced metals such as armors and protective gear for knights and other tools such as spades. All levels of medieval society supported blacksmiths because they were essential workers at that time. You can see how that job would be ideal for a Taurus.

Gemini is all about communication, and it is not a surprise that the ideal job for a Gemini would be a scribe. If you saw authors and writers back in those days using a quill pen and dipping it in ink to do their work, then you would assume that they were Geminis. That is because they systematically copied content from workshops, or they were writing books and articles. Either way, the way you see the Gemini as a writer for modern times is the same way you would see them as a scribe during medieval times.

Cancer is all about nurturing and caring for others, as well as taking care of their family and home. So, what would be the ideal medieval job for those who have their sign in Cancer? They would make excellent apothecaries because of how they care for others. Apothecaries were the grocers of the Middle Ages. They were the ones who were creating remedies for ailments; apothecaries had a lot of medical knowledge, for the Middle Ages, that is. Their focus was to help heal the sick and to ensure that they became healthy. Cancers today are likely to give you a nice warm bowl of chicken soup if you have a cold or are not feeling well because they want you to get better. There is that parallel there.

Leo loves to be in the spotlight, and because of that, it is not a surprise that many entertainers nowadays have a Leo Sun, Moon, or Ascendant. Leos in the Middle Ages were no different as they were most likely to become entertainers for that time, known as the minstrels. They brought their talent to towns and courts, and many times they were musicians, but sometimes they were actors. Even though nobles and royals patronized them, they often were poor wanderers.

Virgo is all about service, health, and cleanliness, as well as being analytical. Therefore, it is not a surprise that medieval monks and nuns would fit the Virgo sign. They had a strong work ethic and a solid sense of duty as they were known to serve local communities. In addition, they were known to produce embroidered text as well as illuminated manuscripts. Virgos are dedicated to their work and those they serve, and the same can be said about medieval monks and nuns.

Libra is about beauty, balance, and relationships. That is why the ideal job during the Dark Ages would have been the medieval baker for those with this sign. That is because often during the Dark Ages, famines led to political and social problems. Therefore, bakers were able to help create stability in these communities by baking bread. Bread was also a central component of the diet during medieval times. Additionally, bakers would also make delicious pastries for celebrations and festivities, which also brought communities together. Libra is all about relationships, after all.

Scorpios are intense and passionate, and they are highly perceptive and observant. The other thing about Scorpios is that they are highly protective and can defend themselves and others they care about. That is why the ideal medieval job for the Scorpio was a security guard or a watchman.

Sagittarius is all about looking for different adventures, and the one thing to say about the Sagittarius is that they are fiercely independent. They will not let anything get in their way. That is why those medieval knights were likely Sagittarians. Since oaths and loyalties bound them, they were the ones who were expected to serve in a battle. However, in the 1300s, the codes of chivalry calmed the knights, and therefore, they had a romantic side to them. Either way, knights were known to have an adventurous side, which is why Sagittarius is the perfect sign for them.

Capricorns are ambitious, hardworking, and very serious by nature. That is why the medieval job for a Capricorn would be a steward. Stewards were servants even though they were looked highly upon, which fits more of a Virgo type than a Capricorn. However, they had a lot of responsibility, taking charge of the administration and accounts. Stewards were also associated with the gentry during the latter part of the Dark Ages. That is why they were best associated with Capricorn.

If astrologers today are associated with the sign of Aquarius, then the same applies to medieval court astrologers. Aquarius is all about progression, science, and anything unique, as well as a nonconformity. That is why the ideal sign to be an astrologer during medieval times was Aquarius. They observed and charted heavenly bodies, but they also utilized what they saw in the sky as predictions for the future. These astrologers were highly respected among other professionals, doctors, and nobles, and kings hired them to help them with planning.

Pisces is a dreamy sign that has an association and appreciation for the arts. Therefore, it is not a stretch that those who have Pisces as their sign or heavy Piscean influences were likely to be artists during the medieval times – the same way they are today. For example, medieval artists created tapestries for cathedrals as well as the halls in castles. In addition, they would use art to express their emotions and feelings and organize themselves into guilds and workshops.

If you can envision yourself a job during medieval times, would you think you could fall into any of the categories listed above regardless of your sign? If you believe in reincarnation, there is a good chance that you did have one of those jobs during the Dark Ages, and it would be pretty interesting to know what your sign was at the time to see if there was a match. That would go for either your sun, moon or rising sign. Even though I am a Leo, I don’t personally see myself as an entertainer, but a blacksmith I could see. That explains it since my moon is in Taurus. Therefore, perhaps any of those jobs could resonate with your moon sign more than your sun sign.

The Decans of Aquarius