Virgo Man is Anything but the Virgin

Home » Blog » Horoscopes » Virgo Man is Anything but the Virgin 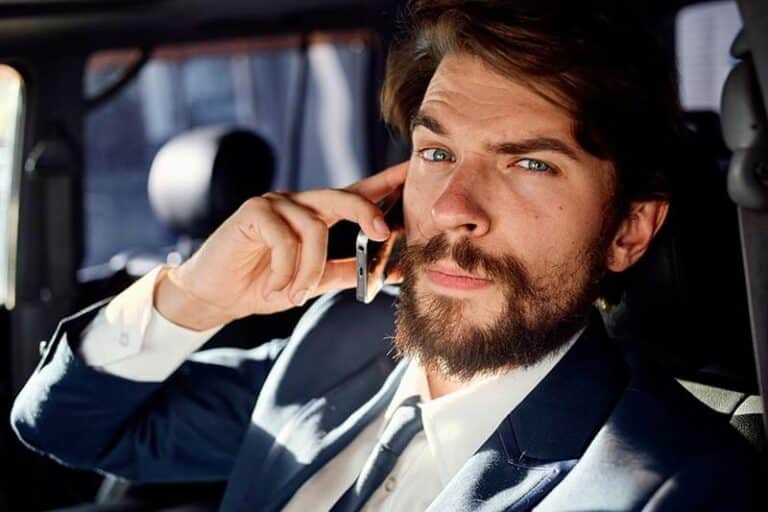 This is the type of sign to grow into their greatness. A lot of Virgo men can get into relationships that they have hang-ups about. The more critical Virgo is, the least likely that the relationship will last. This man seeks attraction often, but he is picky, and sometimes he’s just out to fill a need and isn’t very picky at all. Who he sleeps with and who he dates are two entirely different people. Because he will be the guy to organize you by section.

Virgo can be one of many times, he can be committed or single, but in his early stages of life, he will be overwhelmed by sex and beauty and may find a hard time settling down. This won’t be because Virgo man doesn’t have the option, it’s just that he hasn’t met the girl which he feels is perfect for him. It’s also that he isn’t mentally mature enough to understand the value of being faithful to a woman that he loves. He still wants to experience a variety of women.

Virgo man can be committed, even set to marry, and still flirt and dabble with girls on the side. Virgo can be committed and cheat on you behind your back, or even in the worse cases, in front of your face. I once knew a Taurus girl that was taking a break from their Virgo boyfriend (who she was still hooking up with), who went to his house and walked in on him with another girl. So, if you’re dating a Virgo man and he comes across like he is not ready, chances are it is because he is not ready. Even if he cares about you, he’s still not ready to treat you like the woman you deserve to be treated.

To my knowledge, Virgo man is very triggered by sex and usually will have a strong sexual appetite. Virgo is also vain and is taken back, and tempted by beauty.

I knew a Virgo man who fits this bill. In his younger days, he slept around, stringing along with women for years, only to end up married one day. He might have been having a lot of sex, but he was not treating these women well. He would compare them to each other and size them up. It was very easy for him to have sex without emotions. He might have been able to do this, but not all the girls he involved himself with could do the same. Virgo man can be quite the heartbreaker.

To get the best out of your Virgo man, it is probably best to take him seriously in his older years. This truly is the sign that may need to get some things out of their system before they marry.

Virgo struggles to see the grey matter of situations. It’s either “yes” or “no”, “love” or “hate.” This can make communicating with them very frustrating, as they often think that they are right and act extremely stubborn.

When Virgo hasn’t grown, they tend to see things in two shades. There are Virgos that you fear because you wonder if being loving will draw up a rejecting paw. Virgo can be hot, and very cold. They will leave you wondering how they feel about you because they keep their distance for most of the date, and then when the lights go out they are all over you. Sometimes it seems insults are their way of flirting with you, but it will get old fast. You’ll want to hear something sweet off his tongue, but you won’t, it’s just not his style. Although, when he’s buttering you up, you will know it.

It’s hard because in every argument you have, he seems to twist it on you. It’s like you are not even allowed to be mad at him, and getting a true apology is like pulling teeth. If he does give you one, however, he does mean it, but it does not mean that he won’t make the same mistake more than once.

Virgo will be weird about public displays of affection. They highly value their privacy. In public, they may not be able to show you love. Virgo is cold about a lot of things. In a lot of ways, Virgo man is the sharp dose of reality. He is real, and not everyone can handle that he is prone to moods, criticism, and sometimes anger. It’s not that Virgo doesn’t have morals, they are a very moral sign, but this type of Virgo male creates his own morals. He doesn’t have guilt for anything that he Is able to justify in his mind, and he won’t be honest about his discretions. He Is fully capable of carrying on just fine to protect his own secrets and keep his current commitment happy.

This type of Virgo male is not going to cheerlead for you when you do well. At least not if he’s at the bottom. He needs to be above your status and wise to exert dominance. Virgo man usually is a man’s man, he loves his boys and he may even secretly think that men are better than women. This is why Virgo man often strives to provide for his family and be the man of the house who is in complete control of everything.

The lesson here is that Virgo man can get better with age. For the right woman, someone he values as great enough, he will change his ways. He will care about cleaning up his past mess. He will remain faithful, for as long as he wants to. Virgo man might cheat on his girlfriend, but cheating on his wife would cross greater boundaries. That would take a lot of him to do, even if he’s the type to claim that men never change. On the surface, there is no proof of his past life. He cares about his reputation and he wants to embrace all of life’s journey. Maturity takes this man places, even if there are some bad habits you just can’t change, despite where he’s been, through it all, you in his arms just feels right.

Waning Gibbous Moon
The moon is currently in Cancer
We use cookies to give you the best experience. Continuing using this site we assume that you are happy with it.Ok