Home » Blog » Astrology » Understanding Aquarius and the Magic of Uranus 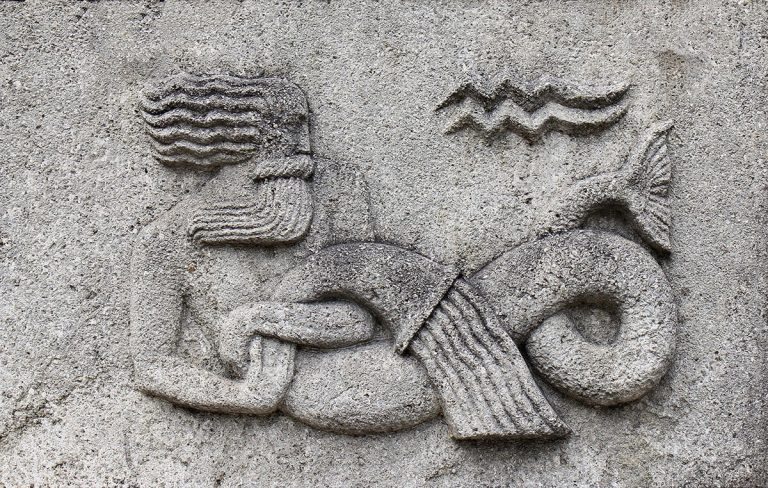 Until Uranus was discovered in 1781, Aquarius was assigned Saturn as its ruling planet.  There are many traditionally-minded astrologers who still say that Aquarius is linked to Saturn and has two ruling planets.

I am an Aquarius and I want to explain to you why Uranus is my ruling planet, for those who are confused or reluctant to move with the times.

The Discovery of Uranus

Uranus was officially discovered on 13th March 1781, although the Sun was in dreamy, imaginative Pisces at this time, the planet of great change and transformation; Pluto was in Aquarius.  The sign of Aquarius was never to be the same again (even though Pluto itself wasn’t discovered until 1930).

At the time of the discovery of Uranus, the West was going through the early stages of the industrial revolution and the way society had functioned for centuries was beginning to irrevocably and massively change forever.  Although in the UK there had been inventions that had already supported the growth of the industry, in the US the first factory wasn’t set up until 1790.

A view to how society has evolved since this time

It is fair to say that the amount of inventions from the point of Uranus’ discovery, and the effect these have had on day-to-day life, has been immense.  It should also be noted that this rate of change in technology has not slowed down or dissipated.  Since 1781 our lives have had to increasingly adapt to constant change and differences in circumstances.  Prior to this, change was minute, slow, and visceral in comparison.

During the industrial revolution, the UK changed from being a predominantly agricultural country to becoming a leader of trade and industry, the more influential countries in Europe reflected the same, with the US following on a little later.

The changes during this time started by making plowing machinated, transportation more possible, and clothing more economical and available.  On a deeper level, factories provided work and guaranteed wages for people who had been dependent upon climatic compliance for crop success and the provision of food.  Suddenly a choice was available; cities began to expand, to provide homes for those who chose the certainty of employment.

More importantly, from a Uranus perspective, the availability of options represented the inception of diversity; the recognition of personal choice, and differences between the wants and needs of each individual.  Although the concept of personality and the differing desires of each person were not generally acknowledged or recognized until the early 20th century when Freud and Jung began to publish their ground-breaking work, it’s fair to say that the seeds were sown back in the 1780s when these possibilities were asserted for the first time in centuries.

What is Saturn all about?

Saturn is the traditional ruler of Aquarius.  Before the discovery of Uranus, it was said that Saturn ruled the signs of both Capricorn (which it is still linked to) and Aquarius.

Saturn fits the Capricorn archetype beautifully, with it being all about the earth elements and building blocks of life that are dull but necessary, such as; paying the bills and taxes, working hard, and routine.  Saturn rules the skeletal system and teeth, it’s all about structure and the maintenance required to stay within the kudos of the system.  It is also about career, tradition, and title.  Saturn rules the monarchy, hierarchy, and government policy, it is the adherence of the law and for this reason, it excels (is exalted) in the sign of Libra which rules the justice system.

The sign of Capricorn understands responsibility intrinsically and has an inherent respect for authority, with the desire to reach this position of authority in time.  Not to say all born under the sign of Capricorn will identify with this, but wherever Capricorn and Saturn fall in our charts is where we display our most conservative and conformative traits.  Equally, Saturn rules time and recognizes that age can bestow wisdom, so long as it is respected rather than resisted.

A deeper look into the attributes of Aquarius

The core attributes of Aquarius almost oppose everything that Saturn represents.  Aquarius is an air sign which means that it is a sign that is about communication and connecting to others.  As the sign most connected to humanity, Aquarius is all about equality and friendship.  Aquarius believes that there should be no hierarchy; that we are all born equal and that nobody should have more gravitas until they have shown that they have a developed knowledge that proves itself worthy of such sway and respect.

Ultimately Aquarius believes so strongly that people should be treated the same, they will often spend their lives fighting for the ‘underdog’ in an attempt to reclaim the fairness, that the world so often fails to provide.

There is a potential for genius in Aquarius, as because they are more concerned with the ‘other’ in their lives, the mind is left as a free channel for ideas and possibilities.  Where many are concerned with the elements of life and the attributes we are told add up to ‘success’ Aquarius wants to advance society and reach a higher level.

Despite this sense of others mattering more than the self, Aquarius is often seen as selfish, because they will never fit the ‘norm’ for the sake of it.  Expression of truth is everything and whilst they make wonderful friends, they can be absent partners, as they are always looking for a bigger and better cause, forgetting to live life in the moment or even see the world around them as a tangible reality at all.

Everybody reading this will have an Aquarius in mind, whether it is you yourself, your partner, a friend, a crush, or a family member.  I know you are nodding your head and also know that I don’t need to go over why these traits are all about Uranus and how this has evolved our world to a more vivid level of self-reflective consciousness.  For better or for worse.

How does Uranus affect me?

Whatever sign you were born under; you will have the sign of Aquarius somewhere in your chart and the planet Uranus will feature somewhere too.

We are all born with a sense of justice and a desire for fairness and equality, in some area of our personalities.  The point that Uranus occupies in your chart will also show what triggers you to rebel and seek freedom and liberty for yourself.

In the personality, Uranus is the spark that lights the flames in life, and so in love, it can denote a great instant attraction between two people, and in life, it will bring a passion for a cause and a reason to strive.

Where there is a spark there is also the potential for genius, so where Uranus lights up your life, is where you can excel and be so unique in your perspective, that you may just come up with a brand new concept or idea.

Uranus is brilliant, although as all genius, once switched on it can burn as a solitary flame, seeking the depths of wisdom just as keen as it strives for the equal treatment of all humanity.

If you would like me to look at where Uranus was when you were born and help you to uncover your own spark of genius, then do contact me for a reading.

Also, please let me know if you are interested in me writing a follow-up piece showing how famous inventors used their own spark of Uranus genius to create their work.

Wishing you all illuminated ideas, freedom, and the courage to strive for the truth.